A postal rule, introduced in the U.S. Postal Bulletin for Oct. 10, 1939, prescribed envelopes with edges of yellow and green dots to designate special delivery. 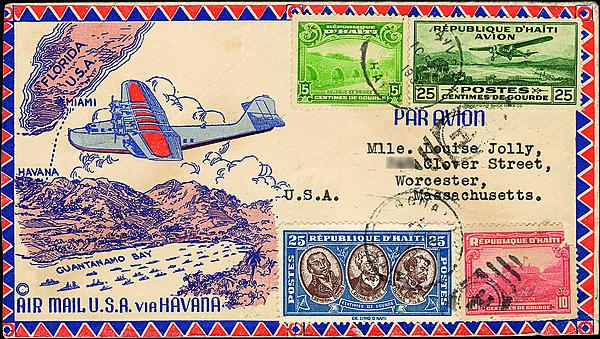 This 1939 airmail cover has a sawtooth pattern border that was another option going beyond the dictates of United States postal rules. 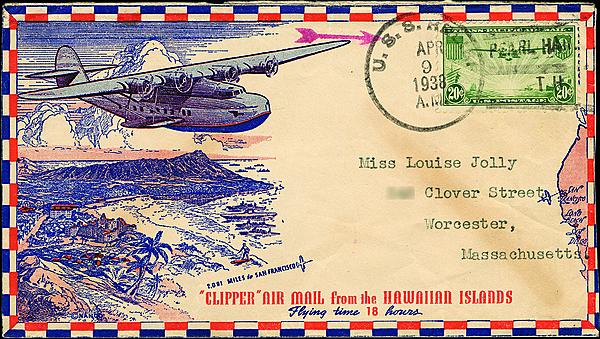 This airmail envelope is a recent gift from the U.S. Naval History and Heritage Command. It features a checkerboard edging, one of many unofficial variants.

About 20 percent of the work of the National Postal Museum’s philately department involves answering public inquiries. Most of these are pretty routine, but occasionally they are an opportunity to do research and learn something.

The production team of a well-known television period drama recently wanted confirmation that red- and blue-bordered airmail envelopes were appropriate to the 1960s. That got me to thinking just how little I knew about these envelopes that collectors take for granted, so I did a little digging in the museum’s library.

The earliest official mention I could readily find of red and blue airmail envelope borders in this country appeared in the United States Official Postal Guide for July 1928, on the same page as the announcement that the domestic airmail rate would be lowered to 5¢ beginning Aug. 1, 1928.

Two “distinctive designs” of envelope were pictured as having received postal approval for airmail use. One featured three horizontal stripes running the whole length of the envelope, with the blue on top and red on the bottom.

The other design, which turned out to be much more widely adopted, featured the familiar border of shapes that are variously described in period documents as diamonds, lozenges and parallelograms.

There was never a requirement that airmail envelopes had to match the officially approved designs, and airmail covers from earlier than 1928 with red and blue stripes also exist. Many colorful and striking variations can be found, such as the covers illustrated here from the late 1930s, with checkerboard and sawtooth border patterns.

These examples were transferred to the National Postal Museum from the U.S. Naval History and Heritage Command at the Washington Navy Yard earlier this year.

An attempt to introduce a special-delivery border flourished briefly in the 1940s, then fizzled out. The U.S. Postal Bulletin for Oct. 10, 1939, prescribed a border of “alternating green and yellow half circles” for special-delivery mail. A cover with this design is also shown here.

Nonphilatelic uses of these special-delivery envelopes are unusual. For urgent business use, their cheerful polka-dot appearance may have seemed to be lacking in seriousness. They also would have lacked the romantic connotations of air travel.

For whatever reason, the yellow-and-green bordered envelopes were never contenders in popularity. In “Mid-Century Modern” collecting, the blue-and-red airmail envelope is king.