Stamps Down Under: Collect back-of-the-book stamps of New Zealand 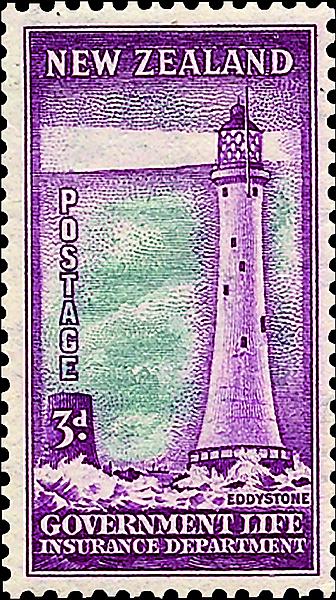 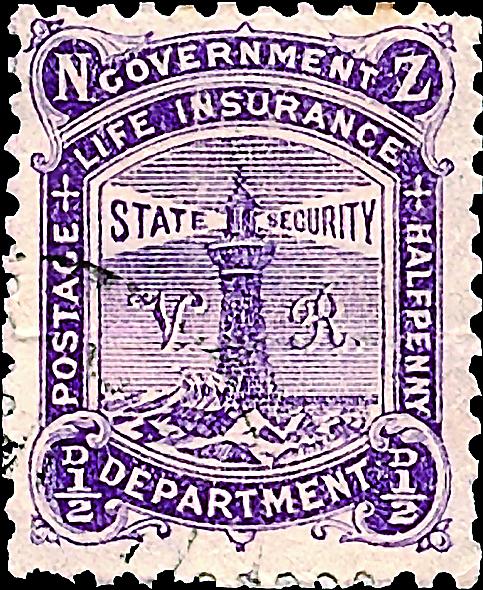 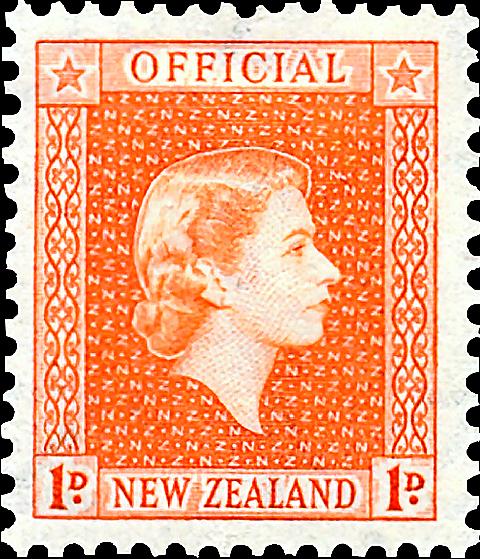 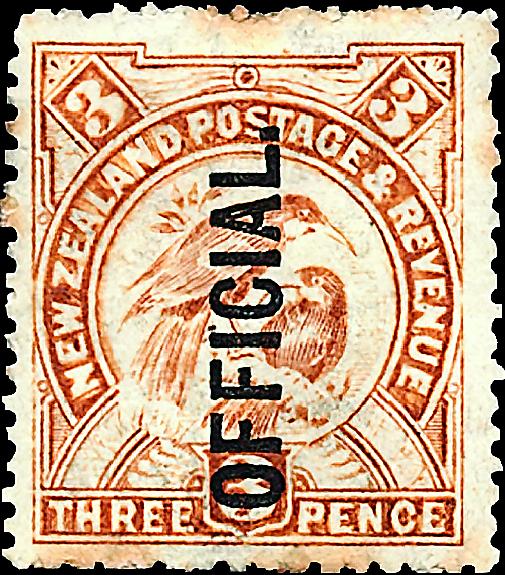 Beginning in 1907, New Zealand’s Official stamps were overprinted “OFFICIAL.” This 3d orange-brown stamp (Scott O26) is from the first set with the new overprint. 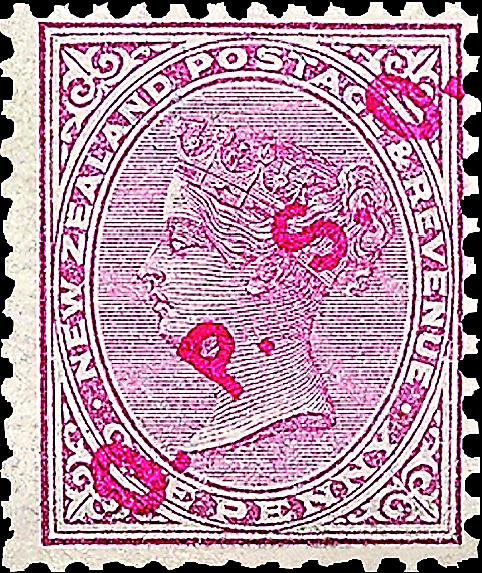 New Zealand’s first Official stamps of 1892 were overprinted “O.P.S.O.” for “On Public Service Only.” Shown here is Scott O1. 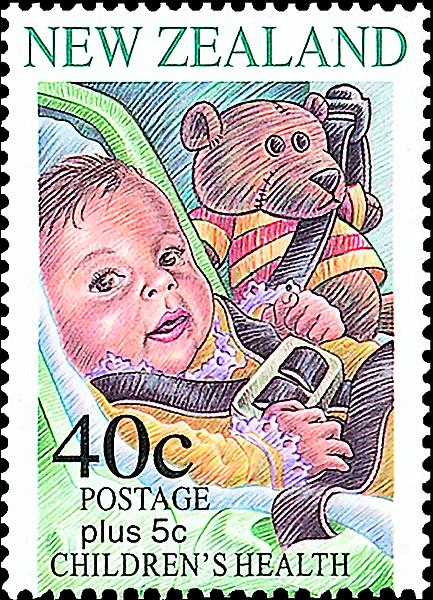 Later semipostal stamps raised money to support children’s health camps, including this 40¢+5¢ stamp showing a baby in a car seat with a teddy bear (Scott B154). This stamp was withdrawn, but some were sold in error by post offices. 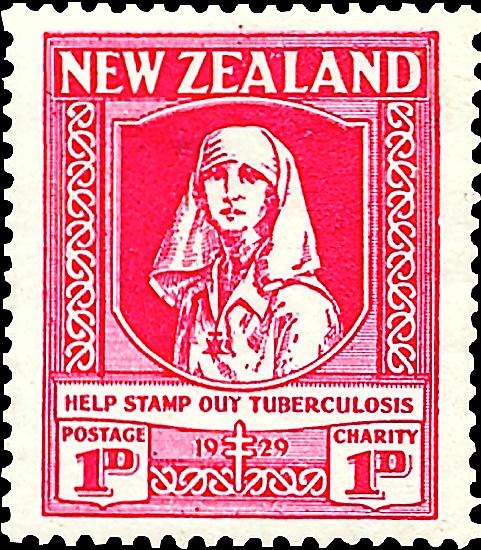 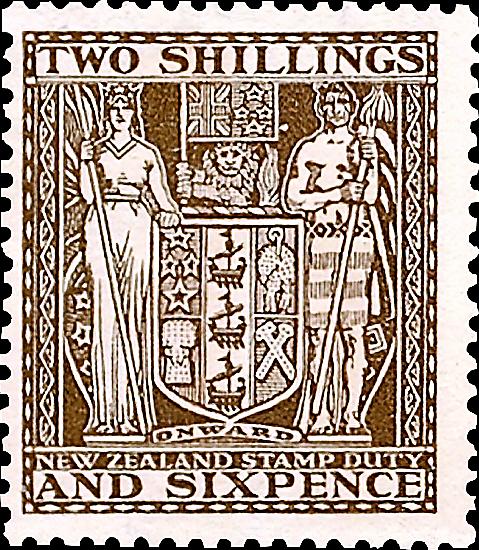 This 2-shilling 6-penny postal fiscal stamp (Scott AR48) was issued in 1931 and features the New Zealand coat of arms. 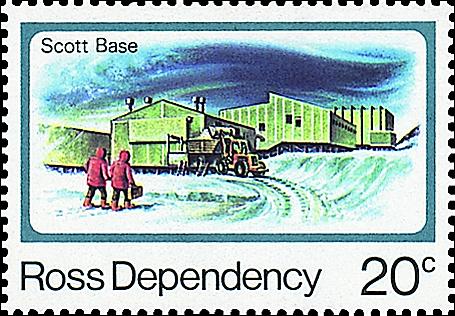 This Ross Dependency 20¢ stamp (Scott L17) showing Scott Base, a center for scientific research, was issued in 1982. 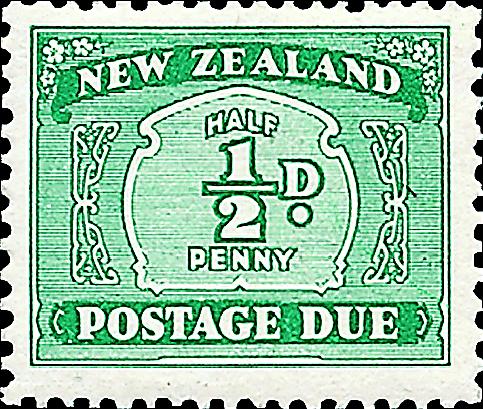 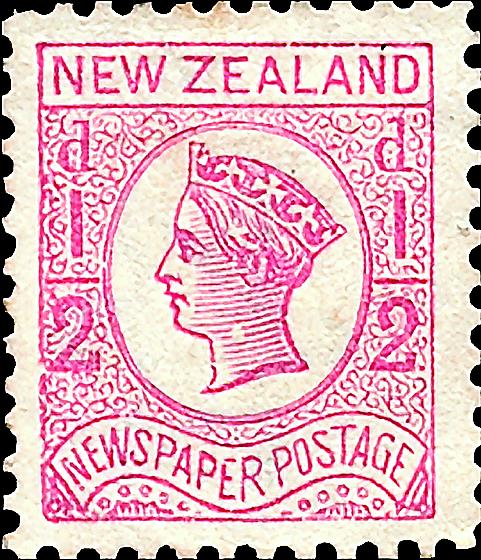 New Zealand issued its first newspaper stamp in 1873. The same design featuring Queen Victoria continued in use through 1892. Shown here is the ½d rose stamp issued in 1875. 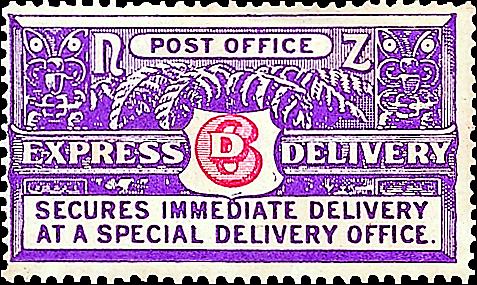 In 1903, the first of two special delivery stamps (Scott E1) was issued by New Zealand. 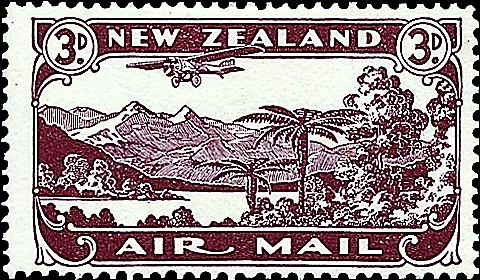 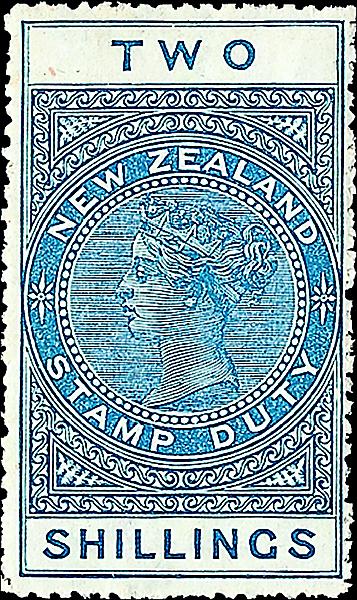 New Zealand issued its first postage stamp in 1855, but in addition to postage stamps, there have been many other kinds of stamps that are equally as interesting and collectible.

Many of them are listed in the New Zealand section of the Scott Standard Postage Stamp Catalogue following the listings for regular postage stamps. These different types of stamps are commonly called back-of-the-book stamps.

Each type of stamp in the “back of the book” has one or two letters as a prefix before the catalog number. Learning what type of stamp matches each prefix is helpful knowledge when preparing a want list or buying stamps from a dealer.

You might wonder what all of these types of stamps do. Let’s review them one at a time.

The postal fiscal stamps with the AR prefix are stamps that can be used for revenue purposes as well as for postage.

When used as a revenue stamp, the stamp’s denomination has paid for some kind of governmental service, such as deed or stock transfers, taxes on imported goods and so on.

New Zealand issued revenue stamps in many denominations, but only the higher denominations of 1 shilling or more were permitted to be used as postage stamps.

The first New Zealand postal fiscal stamp was a 2sh denomination bearing a portrait of Queen Victoria and issued in 1882 (Scott AR1). This same design was in use through 1925.

In 1931, a new postal fiscal design was released bearing the New Zealand coat of arms (Scott AR48). When used as postage, these stamps bear standard New Zealand postmarks. When used as revenue stamps, the earlier stamps usually have pen cancels, and the later ones have a revenue cancel.

The revenue-canceled stamps are usually (but not always) less expensive and easier to acquire.

New Zealand has issued many semipostal stamps. These have a prefix of B in the Scott catalog. Semipostals have a dual purpose. They cover the cost for carriage of mail, but there is also an additional fee that constitutes a donation for charitable purposes.

New Zealand’s first semipostal was issued in 1929 to raise money to fight tuberculosis.

The following year a very similar stamp was issued with the line of text below the vignette of the nurse changed from “help stamp out tuberculosis” to “help promote health.”

Each of these stamps has a 1-penny denomination that paid for postage with an additional 1d added for the charity.

The health camps have changed with the times, providing many more social services for children and families.

The most famous of New Zealand’s semipostals was an error stamp issued in 1996 that showed an infant in a car seat with a teddy bear strapped into the seat next to the baby.

At the last minute, a decision was made to change the design by removing the teddy bear so that the baby did not appear to be facing forward, which breaks safety rules.

The teddy bear stamps were withdrawn but some got into collectors’ hands. Further, there are two varieties, one with water-activated gum and standard perforations (Scott B154), and another with self-adhesive gum and serpentine die cuts in place of perforations (B155).

New Zealand’s first Official stamps were issued in 1892. They were standard postage stamps of the period overprinted “O.P.S.O.”

The initials stand for “On Public Service Only.” This meant that the stamps could only be used for government business.

Several different types of “Official” overprints were employed until 1954, when stamps featuring a portrait of Queen Elizabeth were created specifically for Official mail.

An unusual type of Official stamp was issued for use by the Government Life Insurance Department. The Scott numbers for these stamps have an OY prefix.

According to New Zealand Post, these stamps were initially restricted to mail posted by the insurance office for delivery in New Zealand.

In 1969, this restriction was relaxed to allow such mail to be posted overseas.

The first Government Life Insurance stamps were issued in 1891. They feature a lighthouse with Queen Victoria’s monogram.

In 1947, new designs were prepared for stamps in several different denominations, each one picturing a beautiful lighthouse scene.

Special services stamps also find their way to the back of the book, even if they are postage stamps.

In the Scott catalog, airmail stamps are found directly after the semipostal stamps, using a C prefix.

New Zealand issued airmail stamps beginning in 1931 and ending four years later. After that, any stamps could be used for airmail service.

The first airmail stamp pictured an attractive image of a plane flying over Lake Manapouri.

New Zealand issued special delivery stamps, too. These follow airmail stamps in the Scott catalog and use an E prefix.

Only two special delivery stamps were issued, the first one, a 6d purple and red stamp (Scott E1), was issued in 1903. Its design was basic, relying on text more than images, but in the upper corners there are Maori carvings.

The final special delivery stamp, issued in 1939, shows a mail car speeding down the road. Finding these stamps on cover is an interesting challenge.

Prior to the advent of telegraphs, telephones, radios and television, and realizing that informed citizens make better citizens, New Zealand and many other countries issued stamps that could be used to mail newspapers at a reduced rate.

New Zealand’s three Scott-listed newspaper stamps (P prefix) were issued between 1873 and 1892. All are ½d stamps bearing the same image of Queen Victoria, with the differences being watermarks and gauges of perforation.

The final New Zealand listing in the back of the book is for Ross Dependency. Its stamps have an L prefix attached to their Scott number. Ross Dependency is a region of Antarctica that is administered by New Zealand. Its Scott Base is a center for scientific research.

You can order the latest Ross Dependency stamps from New Zealand Post. The 2014 stamps are round and feature adorable penguins. The website is https://stamps.nzpost.co.nz/ross-dependency/2014/penguins-antarctica.

There is much to love in the “back of the book.” Don’t let the stamps with prefixes stop you.