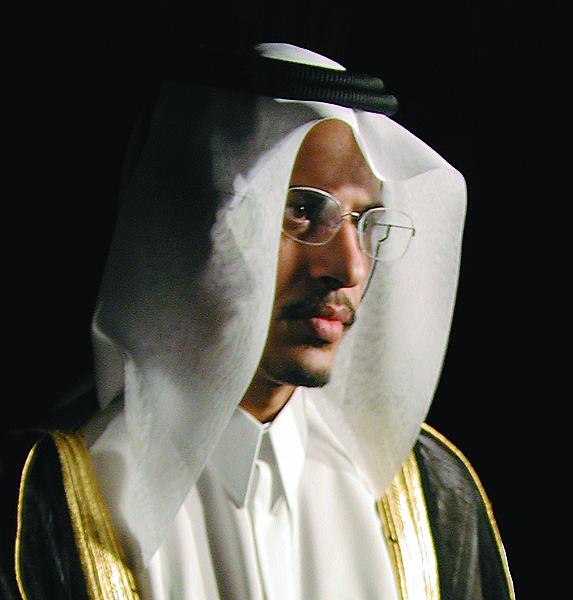 According to papers filed Dec. 8, 2014, in a New York court, he may have loved them a little too much.

The New York Times obituary that appeared three weeks earlier, on Nov. 17, for Sheikh Saud bin Mohammed bin Ali Al Thani, a noted art collector with apparently bottomless pockets, focused on his globetrotting efforts to build a world-class art collection for his home country, Qatar, a tiny, oil-rich kingdom ruled by his family on the western shore of the Persian Gulf.

A youngish-looking man of 48, the sheikh died suddenly Nov. 9 in London, of what seemed to be natural causes.

His obituary also described the wildlife preserve he ran and the huge debts he ran up, but it made only passing mention of his boyhood hobby, stamp collecting.

As it turns out, the philatelic world is now taking much greater notice of Sheikh Saud, for it was he who showed up June 27, 2014, at David Feldman’s Geneva auction of the John E. du Pont collection of British Guiana, and won nearly every lot.

“The late Sheikh was our main buyer in the BG sale. He was personally participating so it was and is no secret,” wrote Feldman in a recent e-mail to Linn’s.

Sheikh Saud bid so aggressively that prices shot to breathtaking new highs, in many cases exceeding the presale estimates by a factor of 10 or more.

The results were reported in Linn’s July 21 issue.

After the auction, the sheikh also snapped up additional British Guiana stamps Feldman was offering on behalf of another seller.

The stamp world was thrilled at this new sign of a vibrant market, but that thrill is fading fast. The sheikh, as it turns out, had yet to pay for the bulk of the British Guiana stamps at the time of his death.

Before the sale, the sheikh had asked to be allowed to make a 35 percent down payment on lots he won and to pay the rest over time.

Feldman, citing strong references from other auction firms, agreed. When the sheikh failed to begin making the payments, Feldman agreed to renegotiate. Finally, in late September, Sheikh Saud made a down payment of about $872,000 on the $7.5 million he owed Feldman, with the rest to be paid in monthly installments.

But by the time he died, Sheikh Saud was already behind on those payments, too.

Feldman’s CEO, Dan Flesher, said: “The death of the Sheikh came as a great surprise to us all. The fact that he personally attended the auction and met with us afterwards to express his desire to continue to work to improve and expand an already fantastic collection just added to the shock we felt on learning of his passing.”

In early December, Feldman’s firm filed suit in federal court in Manhattan against Sheikh Saud’s estate, in an attempt to ensure that the balance of his debt from the du Pont sale will be duly paid.

Sotheby’s Financial Services, which is holding tens of millions of dollars worth of the sheikh’s valuables as collateral on a hefty loan, is also named in the complaint. The suit was filed in New York because that is where the items, which include watches, diamonds, rare books, African masks and a Faberge egg, are located.

The court papers filed by Feldman claim that the value of these collateral items far exceeds the amount of Sheikh Saud’s debts to Sotheby’s, and therefore they can be sold off to help pay Feldman.

“We are hoping to resolve this out of court, but in the meantime we must protect the interests of our consignors,” Flesher noted.

Sheikh Saud had a history of problems paying for items he won at auction, including rare coins. A few days after he died, a famous watch he owned, known as the Graves Supercomplication, had to be auctioned to make good on items he had bought. The watch, sometimes called the world’s most valuable collectible, fetched a record $24 million.

For the time being, all of the du Pont British Guiana stamps remain in Feldman’s possession, Flesher said.

Despite much speculation, Sheikh Saud was not the buyer of the celebrated British Guiana 1¢ Magenta (Scott 13) sold by Sotheby’s in New York on June 9, 2014, for a record $9.5 million.

Although Sotheby’s would not comment on the identity of the buyer, a spokesman for the auction house did confirm that the stamp has indeed been paid for.

By all reports, the anonymous buyer of the “world’s rarest stamp” still intends to exhibit it at the National Postal Museum and in New York at World Stamp Show-NY 2016.