Iskowitz stamp artwork auction on eBay to be offered on eBay 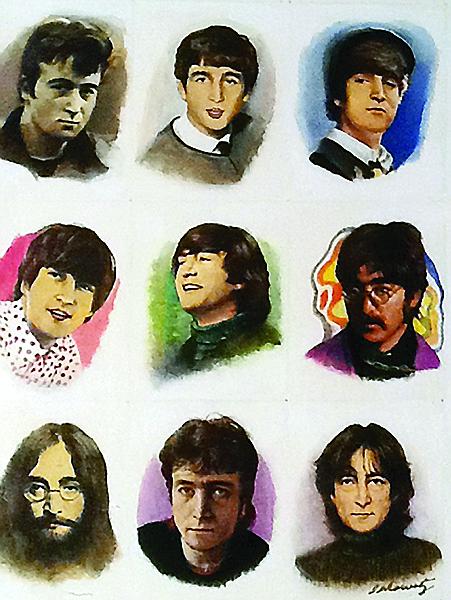 Illustrator and artist Joel Iskowitz, who designed numerous stamps for Inter-Govermental Philatelic Corp., is offering some of his stamp artwork, including this painting for a John Lennon pane of nine, in an upcoming eBay auction.

Illustrator Joel Iskowitz, who has designed more than 2,000 postage stamps for 40 postal administrations, will offer three decades of his original artwork in an upcoming sale.

According to the press release from Tangible Investments of Laguna Beach, Calif., the Iskowitz collection will be offered on eBay and will coincide with the Long Beach Coin, Currency, Stamp and Sports Collectible Show to take place Jan. 29-31 at the Long Beach Convention Center, 100 S. Pine Ave., Long Beach, Calif.

Among the lots offered in the sale will be 24 original works of art for postage stamps from around the world.

Most of this artwork is for postal administrations that were represented by the philatelic agent Inter-Governmental Philatelic Corp.

For example, shown nearby is an Iskowitz original painting, acrylic on paper, for a 1996 John Lennon stamp pane of nine.

The artwork will be offered with a reserve of $6,000, according to Tangible Investments.

A similar pane of nine featuring Charlie Chaplin will be offered with a $7,000 reserve.

Other stamp-related artwork related to entertainment in this auction includes acrylic on board paintings of a Bob Dylan souvenir sheet, country unknown, offered with a $4,000 reserve, and of a pane of six stamps from Guyana featuring actor Chow Yun-Fat, with a $1,000 reserve.

Portraits for stamps in The Gambia’s First Ladies of the United States series showing Michelle Obama, Jacqueline Kennedy, Eleanor Roosevelt and Florence Harding are offered with a reserve of $500.

According to the biography on his website, http://themountainstudio.com, Iskowitz is one of few living artists to have had his artwork displayed in the Pentagon, the Capitol and the White House.

As for the sale, the press release from Tangible Investments describes it as offering “three decades of original art work that includes paintings, book covers, periodicals, journals, murals, coins and postage stamps worldwide.”

Tangible Investments is an auctioneer, numismatic dealer and a gallery for collectors seeking rare coins, precious metals, fine art and jewelry. Its website is www.gocoins.com.