Details of artwork by Martin Ramirez will be shown on five stamps scheduled to be issued in March in a pane of 20. 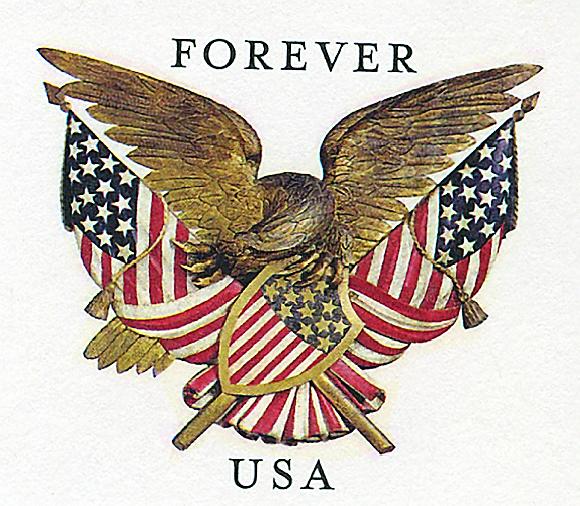 New varieties of the 2013 envelopes showing a barn swallow and a folk art eagle are being issued Jan. 12, with no first-day ceremony, but a Kansas City first-day cancel will be offered. 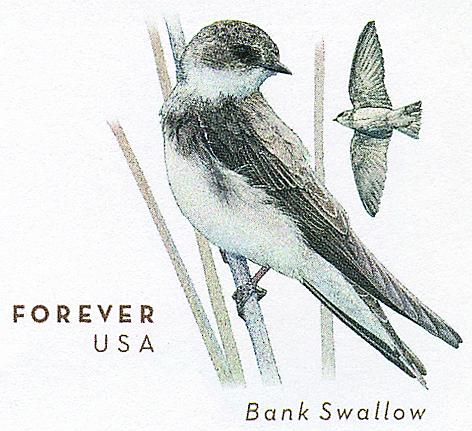 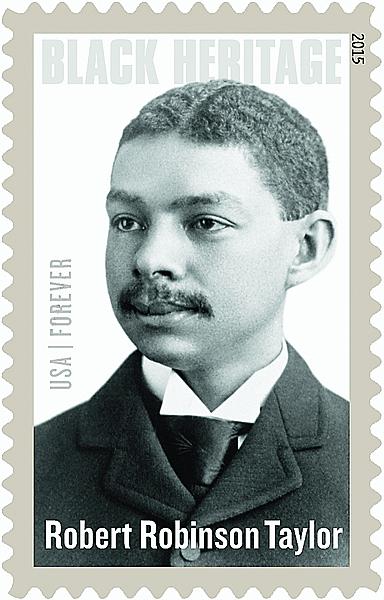 A commemorative stamp honoring Robert Robinson Taylor will be issued in February. The architect will become the 38th subject in the long-running Black Heritage commemorative series.

Three different Stars and Stripes coil stamps will be issued Feb. 27 in Grapevine, Texas. The new coils are designated for use on presorted standard mail. 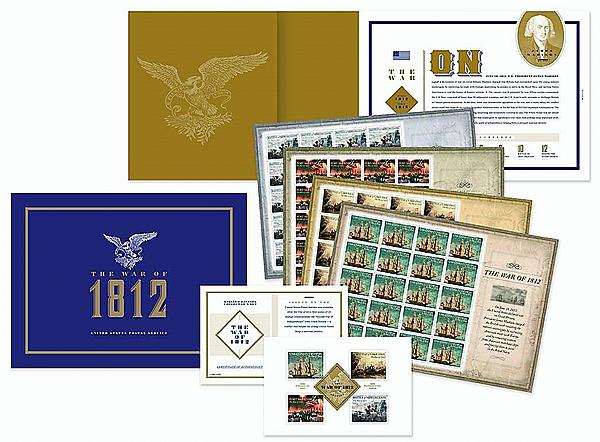 A new souvenir set commemorating the War of 1812 will be offered by the United States Postal Service Feb. 1, with preorders accepted about Jan. 1. The set will include four full panes of 20 of the War of 1812 stamps issued in the series, a 16-page booklet, and a card bearing four stamps struck with a digital color postmark not available elsewhere.

The War of 1812 Limited Edition Collectors’ Set, as the USPS is describing it, will include four mint panes of 20 of the four issued stamps, as well as a card with a single stamp from the four issues affixed, and struck with an exclusive digital color postmark.

The postmark will not be otherwise available to the public, according to the Postal Service.

The set will also include a numbered certificate signed by USPS art director Greg Breeding, and a 16-page booklet.

The set will retail for $59.95, and will include $39.20 in mint postage. The Postal Service expects to begin taking orders Jan. 1 for this product, and it will officially go on sale Feb. 1.

The Postal Service will limit this set to an edition of 3,000.

The details of this souvenir product were revealed during a Dec. 23 teleconference with USPS acting director of Stamp Services Cindy Tackett and other Postal Service representatives, including USPS art director Bill Gicker.

Tackett announced that the Postal Service plans to issue a three-stamp Stars and Stripes coil set for presorted standard mail.

The new coil will be issued Feb 27 in Grapevine, Texas, during the Texpex 2015 stamp show at the Hilton DFW Lakes Executive Conference Center, 1800 Hwy. 26 East.

The coil design is a flowing representation of the American flag extending over three stamps. In preliminary artwork provided by the Postal Service, the stamp at left has alternating red and white stripes at left and part of the blue field of white five-pointed stars at right. The center stamp is dominated by the blue field with white stars, showing only part of a white stripe below it. The stamp at right has the blue field at upper left, and stripes across the rest of the design.

The preliminary artwork also has a pattern of what appear to be aqua-colored screened dots of varying sizes covering all three stamps, accentuating the billowing shape of the flag design.

It appears that the designs of the first and third stamps will align at the edges to create a continuous pattern that will repeat throughout the coil roll.

The Postal Service notes that the new issue “puts a contemporary spin on an American classic.”

The stamps include the text “USA” in red and “PRESORTED STANDARD” in aqua along the bottom of each stamp.

The coil stamps were designed by Breeding and illustrated by Nancy Stahl.

Tackett confirmed that Taylor would be the Black Heritage stamp subject, which Linn’s previously reported in its issue of Dec. 15, 2014.

The stamp shows a photograph of Taylor taken as a student at the Massachusetts Institute of Technology when he was around 22 years old (circa 1890).

Taylor is believed to be the first black graduate from the school.

The photo is against a white background, and the stamp frame has the appearance of a metallic color in the USPS preliminary artwork.

The Taylor stamp is planned for February, but no specific issue date has been determined.

The stamp will be the 38th issue in the long-running Black Heritage commemorative series.

Artist Martin Ramirez will be commemorated late in March with five stamps showing details from his artwork.

The self-taught Mexican-born artist was diagnosed as schizophrenic and confined to DeWitt State Hospital in northern California for much of his adult life.

There he created what the American Folk Art Museum in New York describes as “complex, multilayered drawings.”

The five stamps, each in a square format, show a floral design, a man riding a horse or burro, a moving locomotive with train car, a stag, and a geometric design of stacked archways.

Ramirez created almost 300 drawings during his time at the hospital, according to the American Folk Art Museum.

The pane of 20 stamps will be issued in New York City, Tackett said, probably March 30 or 31.

New varieties of two envelopes originally offered in 2013 are being issued Jan. 12, according to Tackett: a Barn Swallow forever envelope, and a Folk Art Eagle forever envelope.

The new issue will include an FSC logo for the Forest Stewardship Council.

The previously issued envelopes were marked with a logo for the Sustainable Forestry Initiative.

According to USPS officials, the stamp imprint on the envelope will be unchanged.

The Linn’s United States Stamp Program in this issue on page TK has been updated to include the information reported here. n