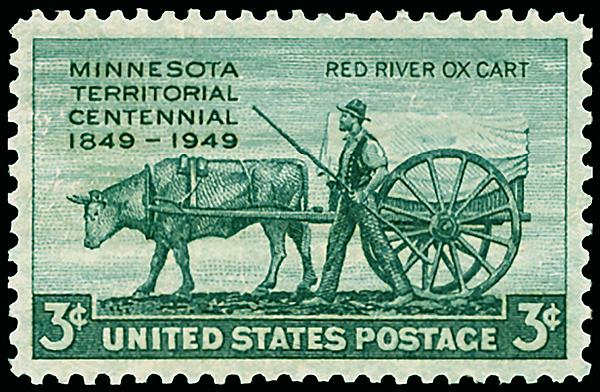 The cartoon caption contest stamp for January is this 1949 3¢ stamp marking the 100th anniversary of the founding of the Minnesota Territory. The rules to enter the contest are in the accompanying article. Entries must be received by e-mail or at 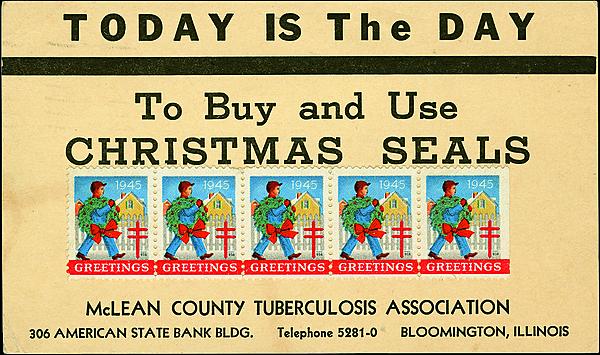 County tuberculosis associations produced promotional items to help citizens remember to contribute to the cause. This postal card reminder is for the 1945 Christmas seal campaign. 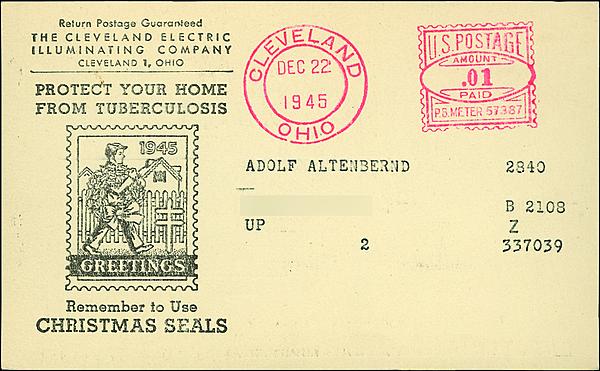 Annual Christmas seal fundraising campaigns have been aided by public-spirited companies that produced materials to support the effort. A 1934 metal pin, 1934 weekly trolley fare pass and a 1945 billing from a 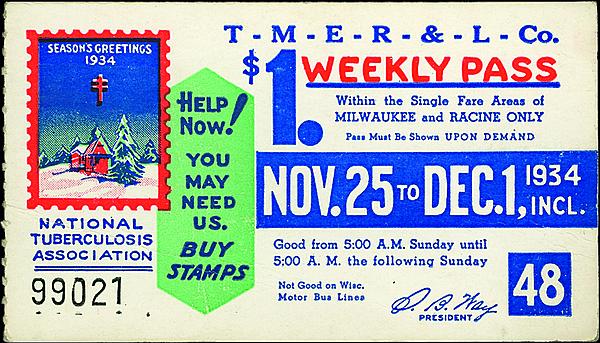 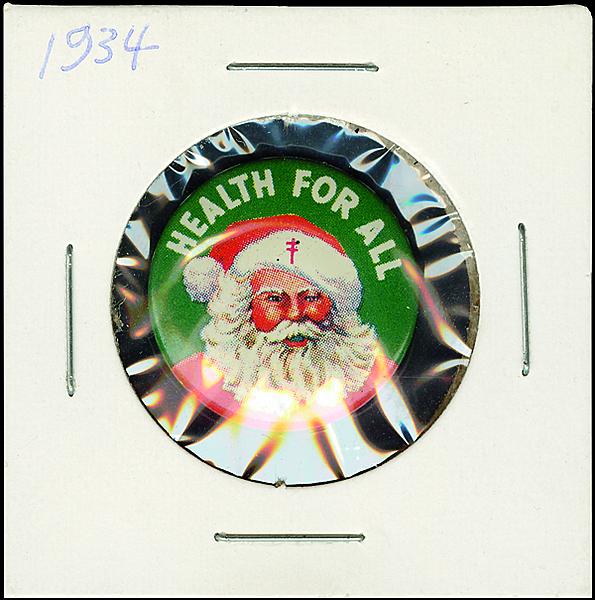 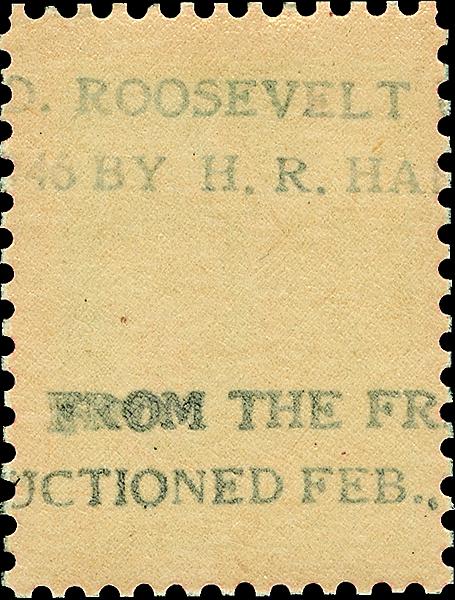 This 1938 United States Christmas seal (shown front and back) is marked on the reverse as having come from the Franklin D. Roosevelt collection, ultimately sold at auction by H.R. Harmer Inc. Are there other Christmas seals that are similarly marked? 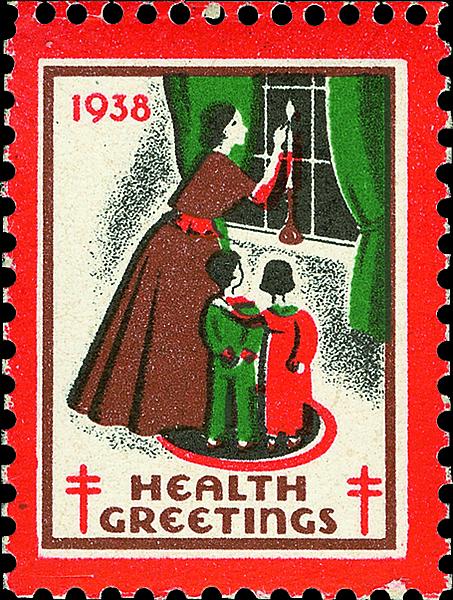 After President Franklin D. Roosevelt died April 12, 1945, much of his stamp collection eventually found its way to auctions conducted by H.R. Harmer Inc.

Even inexpensive stamps were included and became desirable items because they were marked as having come from Roosevelt’s holdings.

So it was, even with Christmas seals. There must have been a good many of these seals that went on the block, but I have seen only the one shown here marked as having come from the Roosevelt collection. The marking is on the back of this seal from 1938 (Scott WX92).

I collect 1934 and 1935 Christmas seals in depth, and have to wonder if there are any from those years that were sold as part of Roosevelt’s estate?

For most of its history until modern times, the annual Christmas seal campaigns in the United States were viewed as civic projects.

All types of public and private companies helped by including seal advertising in their normal mailings, or with products that were part of their services.

Shown nearby are a 1934 weekly trolley fare pass, a 1934 metal pin, and a 1945 billing from the Cleveland Electric Illuminating Co. of Cleveland, Ohio.

Another area of advertising was the mailings and reminders from the local county tuberculosis associations, such as the one shown.

This 1945 advertisement from the McLean County (Illinois) Tuberculosis Association is on a Thomas Jefferson penny postal card.

I suppose the theme of the 1949 3¢ Minnesota Territory stamp is a return to simplicity. The stamp, which honors the centenary of the establishment of the Minnesota Territory, will serve as the cartoon caption contest stamp for January.

The Scott Specialized Catalogue of United States Stamps and Covers describes the design as “pioneer and Red River oxcart.” This is entirely appropriate for 1849. But today can we identify with this non-internal combustion vehicle? Well, that is your task.

Walk in the shoes of the pioneer and tell me what you think he might be saying or thinking about his situation, Minnesota winters, or about the developing nation.

Alternatively, you might have him comment on more modern phenomena: the Minnesota of today, automotive advances, stamp collecting or anything else that strikes your fancy.

For each winner, the prize will be the book Linn’s Stamp Identifier, published by Linn’s (a retail value of $12.99), or a 13-week subscription to Linn’s (a new subscription or an extension). To be considered for a prize, entries must reach Linn’s no later than Jan. 26.