The Magi celebrated on Jan. 6 and on Christmas stamps 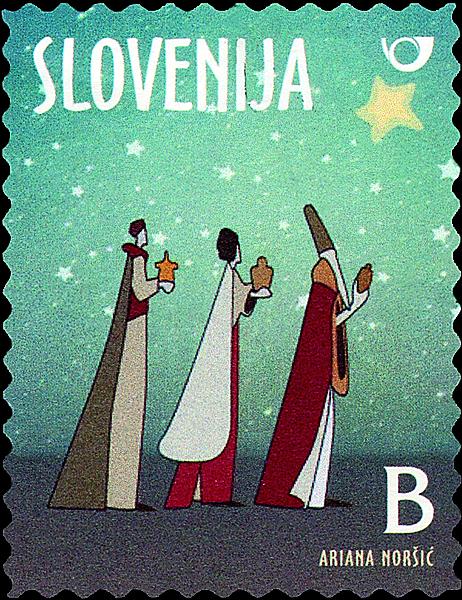 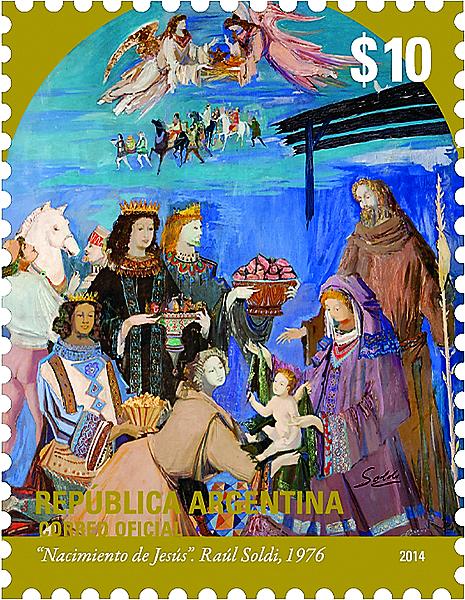 Argentina and Vatican City participated in a Christmas joint issue in 2014. The stamps show Nativity painted by Raul Soldi. 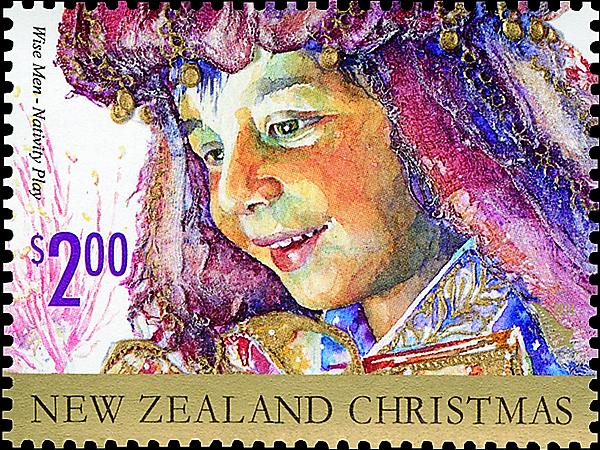 One of the wise men in a children’s Christmas pageant is pictured on this New Zealand $2 stamp issued Oct. 1, 2014. 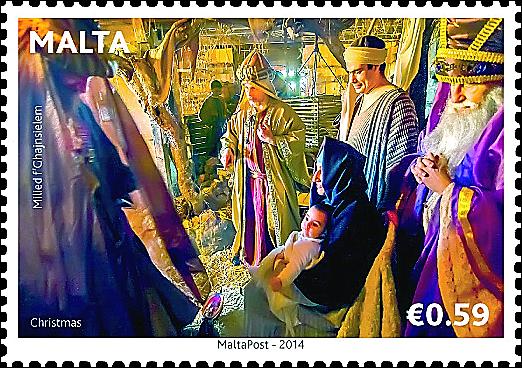 Malta’s latest Christmas stamps show the re-creation of the village of Bethlehem and the Nativity at Ghajnsielem on the island of Gozo. The €0.59 stamp features the visit of the Magi. 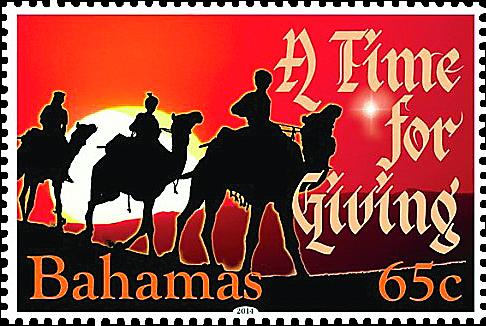 The Magi are shown traveling to Bethlehem on this Christmas stamp from the Bahamas.

The arrival of the Magi, also known as the three kings or the wise men, at Bethlehem to worship the infant Jesus is traditionally celebrated on Jan. 6.

This church festival is called Epiphany, but sometimes it is referred to as Three Kings’ Day or the 12th day of Christmas.

The biblical story of the Magi appears in the second chapter of the Gospel of Matthew.

Several countries, including the United States, issued Christmas stamps in 2014 depicting the Magi.

The U.S. Postal Service described the design: “The three regal figures sit atop a trio of bedecked and harnessed camels, the animals almost at the summit of a small hill. Guiding them is a large, dazzling star shining in the sky. The colors in the sky range from a rose near the horizon, darkening to a rich purple at the top, suggesting that the travelers are moving through the desert at dawn … The star, located in the upper left-hand corner of the picture, is a brilliant white.”

Silhouettes of the Magi also are featured on Christmas stamps from the Bahamas and Tokelau.

The 65¢ stamp issued Nov. 11 by the Bahamas is inscribed “A Time for Giving.”

Pobjoy Mint, the new-issue agent for the Bahamas, said of the stamp, “The wise men travel to Bethlehem in search of the infant Jesus with their gifts of gold, frankincense and myrrh.”

The idea that there were only three Magi comes from the mention of these three gifts in the Gospel of Matthew. Although the Magi are not named in the biblical account, as early as the seventh century they have been referred to as Gaspar, Melchior and Balthasar.

The 2014 Christmas issue from the Bahamas includes three other stamps with silhouette designs of Mary and Joseph traveling to Bethlehem (15¢), the shepherds (50¢), and a scene with the baby Jesus in a manger (50¢).

Andrew Robinson designed the stamps, and BDT International Ltd. printed them by offset in sheets of 20.

The $3 Christmas stamp from Tokelau shows silhouettes in white of the three Magi riding camels. The stamp is inscribed “Kilihimahi,” which means Christmas.

Two similar designs show the shepherds (45¢) and Mary, Joseph and the baby Jesus in a stable ($2).

Collectables and Solutions Centre of New Zealand Post printed the stamps by offset in sheets of 16.

Four stamps issued Nov. 17 by Malta feature a live Nativity scene, part of an almost 5-acre re-creation of the Nativity near the village of Ghajnsielem on the island of Gozo.

The website said that these actors take “visitors back in time to Judea of 2,000 years ago.”

Known as Bethlehem f’Ghajnsielem, this event will close Sunday, Jan. 4, with the adoration of the Magi. This scene is shown on the €0.59 stamp.

The Holy Family (Mary, Joseph and the infant Jesus) in a stable are featured on the €0.26 and €1.16 stamps from Malta. The €0.63 denomination depicts the shepherds by a fire with the Ghajnsielem church in the background.

The designs are based on photographs by Daniel Cilia. The stamps were printed by offset in sheets of 10.

A boy in the role of one of the wise men is pictured on the $2 stamp, available both with moisture-activated gum and as a self-adhesive.

The Magi are included in the painting reproduced on a Nov. 21 joint issue from Argentina and Vatican City. The 10-peso and €0.85 stamps show Nativity, a mural by Argentine painting Raul Soldi (1905-94).

According to the new-issue announcement from the Vatican City philatelic and numismatic office, Soldi was visiting the church of St. Anne in the village of Glew and noticed its blank, white walls. After making an agreement with the parish priest, he began painting murals for the church, and each summer for more than two decades, he returned to add to his work. Nativity was not completed until 1976.

Soldi described the 23 summers he spent at the church as “some of the happiest moments of my life gratified with the images and unique atmosphere surrounding me — the sound of the harmonium played by Father Domingo, the dull pounding on the walls by Father Girolamo, the uproar of the hens, the calm and silence of the dusty roads of Glew during the afternoon rest.”

Paintings of the Magi created for churches in Spanish Andorra, Austria and Romania are reproduced on stamps from those postal administrations.

Other countries also used existing works of art picturing the Magi for Christmas stamp designs, including a painting by Italian artist Taddeo di Bartolo on a stamp from Monaco, a stained glass window on a stamp from Poland, and an illustration from a medieval manuscript on a stamp from Iceland.

Sri Lanka held a design competition to determine the designs for its two Christmas stamps, both of which include the Magi.

In announcing its stamp, Posta Slovenije (the Slovenian postal administration), said of the Magi “ … their feast day is still marked by carol singers walking around singing and wishing health and a good year to all.”