A Christmas stamp voted Finland’s most beautiful for 2013 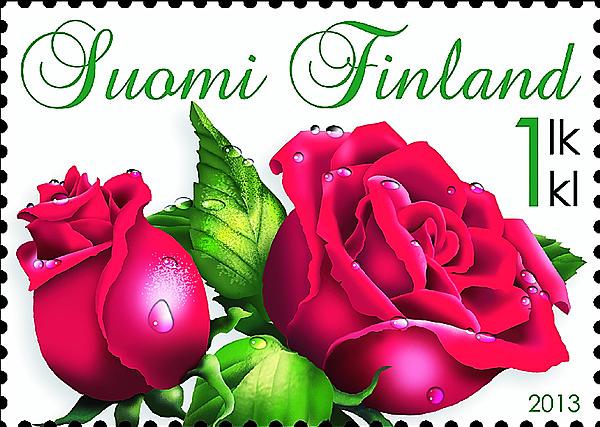 A stamp depicting water droplets on red roses came in third place in the poll for the most beautiful Finnish stamp of 2013. 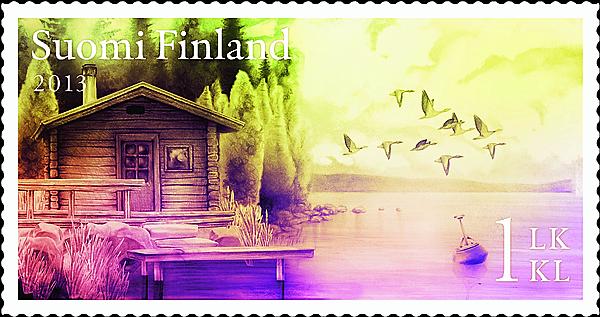 A stamp showing a sauna on a lakeshore placed second in the poll for Finland’s most beautiful stamp of 2013. 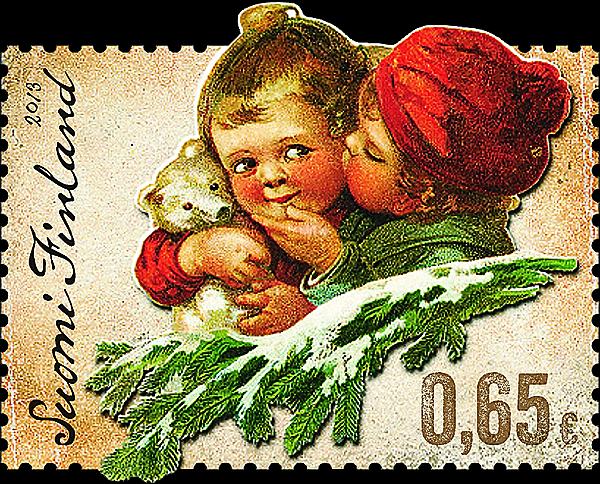 This Christmas stamp based on the design of an old postcard was voted as Finland’s most beautiful stamp of 2013.

A Christmas stamp was voted as Finland’s most beautiful stamp of 2013.

Called a Christmas Hug, this €0.65 stamp shows an image from an old postcard featuring two children and a teddy bear. Ari Lakaniemi and Susanna Rumpu designed the stamp. It was issued Nov. 4.

Finland’s post office, Itella Posti Oy, reports that a Christmas Hug received 10.5 percent of the 18,224 votes cast in the poll.

Emil Bertell’s design of a sauna on the shore came in second place, with 8.9 percent of the votes. The nondenominated first-class stamp was issued Sept. 9 in a souvenir sheet of five stamps showing scenes of autumn in the countryside and the city. The sheet is called Signs of Fall.

With 6.5 percent of the votes, third place went to a stamp featuring two dark red roses with water droplets on the flowers and leaves. Designed by Kaarina Toivanen, this nondenominated first-class stamp was issued March 8.

Another Christmas stamp designed by Rumpu and Lakaniemi came in fourth place. The design depicts an angel.

The pair also designed the Europa stamp that placed eighth. This stamp, with the theme of mail delivery vehicles, shows a 1933 Volvo LV-70 mail bus.

Two other stamps from Bertell’s Signs of Fall souvenir sheet placed fifth and sixth in the Finnish poll. They show a rowboat and a park bench, respectively.

Finland issued a two-stamp souvenir sheet Sept. 9 commemorating the 150th birth anniversary of painter Eero Jarnefelt. The stamp reproducing his painting Under the Yoke (Burning the Brushwood) came in seventh place, while the stamp showing the painting Forest Scene came in 10th.