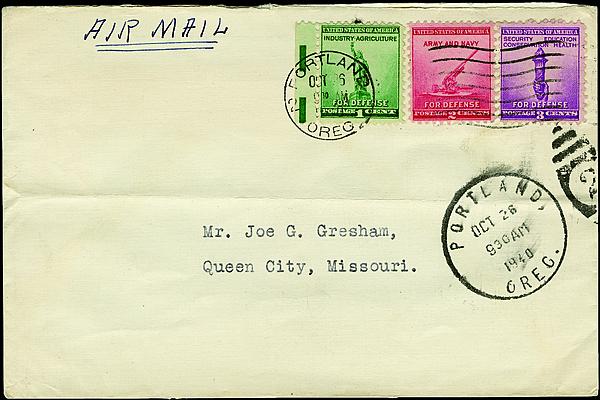 Figure 1. A cover franked with the complete set of three of the Map of United States and Mail Planes airmail stamps (Scott C7-C9) issued in 1926 and 1927. This registered cover, shown front and back, was sent Oct. 6, 1936, from San Diego, Calif., to Vienna, Austria, by way of New York City.

I have never much thought about it, but outside of first-day covers, it is unusual to see complete sets of United States stamps on envelopes that have been sent through the mail. Two recently acquired examples are pictured with this column.

The 48¢ in postage on this cover breaks down as 16¢ for twice the 8¢ U.S. surcharged airmail rate (which includes a fee for surface transportation to Europe), 12¢ for airmail in Europe, 15¢ for registration, and 5¢ for the return receipt.

Thanks to Linn’s Modern U.S. Mail columnist Tony Wawrukiewicz for his help with sorting out the rate for this 1936 airmail cover.

The other cover, shown in Figure 2, is much simpler.

I suppose we will never know, but such covers are interesting and far from routine.

Complete stamp sets on a single cover has never been a popular collecting area. I have not seen covers with this feature advertised as such, and there was no premium noted for it when I purchased the covers shown here.

And yet, there is an element of scarcity, and with it, comes the element of challenge, so I will be watching for additional examples of on-cover complete sets in my philatelic wanderings.

Thanks to all of you who write in with corrections, reports, comments and ideas for items on U.S. philately you’d like to see covered in this space.

A weekly column allows considerable latitude, but I could fill twice the space and still have material left over. In balancing the content to appeal to the widest possible range of readers, I must apologize that I can’t quote all correspondents or cover every issue that comes up. If you write, please include a stamped addressed envelope if you wish a reply.