An enjoyable specialty among the early stamps of Australia 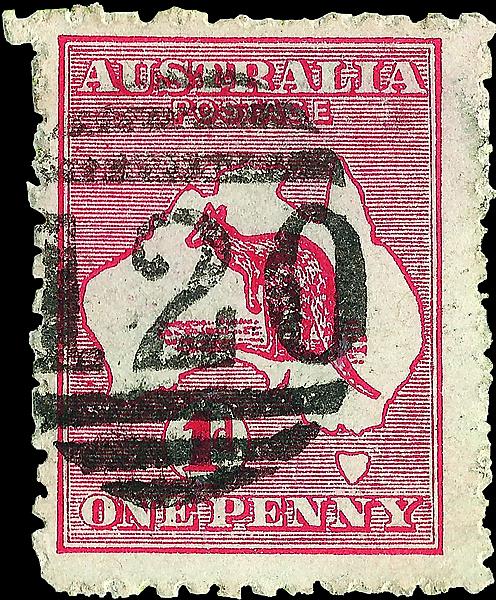 Figure 5. This 1d Kangaroo and Map stamp is struck with the barred numeral cancel 120 from Wedderburn, Victoria, Australia. 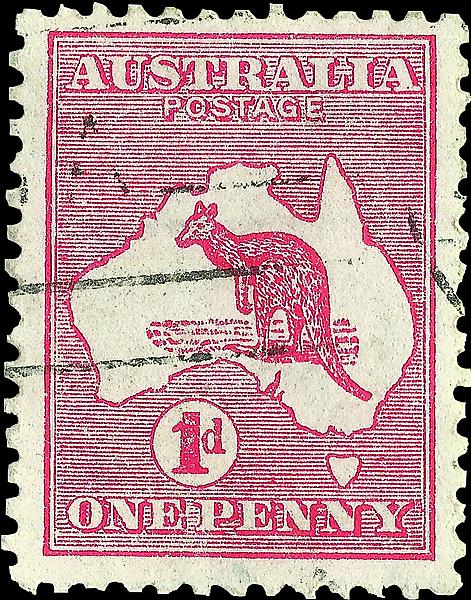 Figure 4. A used example of the 1d red Kangaroo and Map stamp issued in 1913. Many intriguing varieties of this stamp exist. 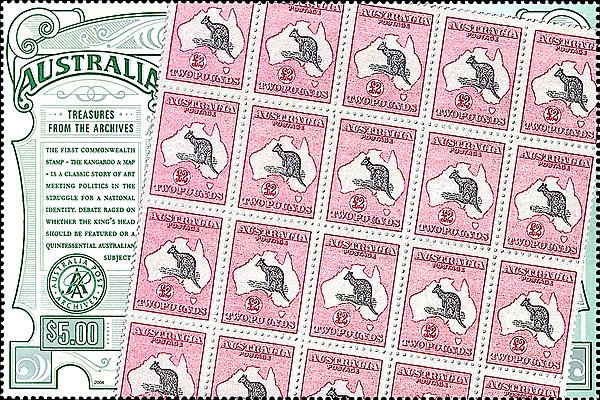 Figure 3. A large $5 Australian stamp issued in 2004 depicts a block of £2 deep rose and black Kangaroo and Map stamps. 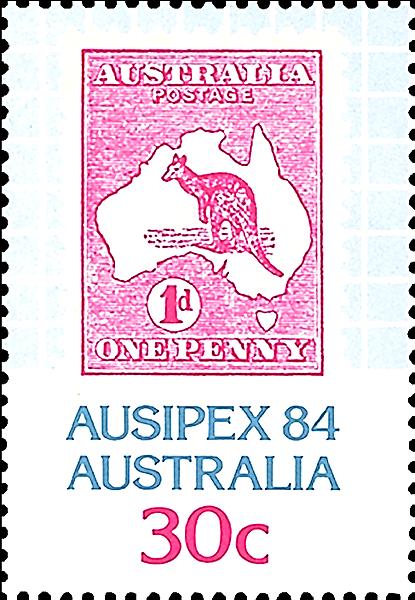 Figure 2. The 1d red Kangaroo and Map stamp was featured in 1984 as the central design for a 30¢ Australian stamp commemorating a world stamp show. 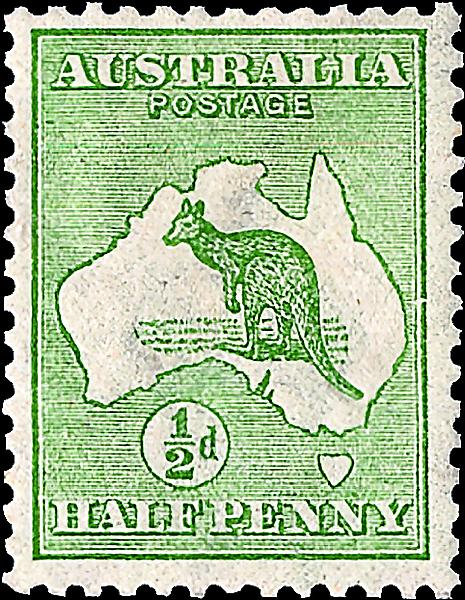 Figure 1. The ½-penny green Kangaroo and Map stamp, from the 1913 first stamp series issued by Australia.

Australia is a continent, an island and a big country — roughly the same size as the United States excluding Alaska — but its population of 23.3 million is slightly less than that of Texas.

The Commonwealth of Australia issued its first postage stamps in 1913. These typographed issues depict an outline map of Australia in the background and Australia’s signature fauna, a kangaroo, in the foreground.

The ½-penny green stamp in this series (Scott 1) is shown in Figure 1.

This kangaroo and map design was in use for a long time, from its original issue in 1913 to a redrawn 2-shilling denomination issued in 1945.

Thereafter, the kangaroo and map design reappeared on stamps intermittently.

And in 2013 a $10 Kangaroo and Map stamp was issued at World Stamp Expo in Melbourne, to commemorate the 100th anniversary of the original issue (Scott 3919).

To say the Kangaroo and Map stamps are popular is an understatement.

Forming a complete col­lection of all the Kangaroo and Map stamps and their varieties of watermarks, paper types, perforations gauges, color shades, perfins, overprints, printing varieties and so on can be an expensive pursuit.

However, narrowing the field gives any collector a chance to develop an affordable classic Australian Kangaroo and Map collection.

The key to maximizing the enjoyment of collecting is to discover a method of limiting the collection in a way that satisfies and enhances your personal interest in the subject.

If both economy and completion are your goals, then a quick glance at the Australia listings in the Scott Standard Postage Stamp Catalogue will inform you that the 1913 1d carmine shown in Figure 4 (Scott 2) is a good, affordable stamp.

Making it even better, the 1d Kangaroo and Map was replaced by the 1d King George V stamp (Scott 17) in July 1914, so those first stamps, printed by J.B. Cooke on “wide crown and wide A” watermarked paper, were in service for just a year and a half, making them a perfect choice for completing a classic collection of a single stamp on a tight budget.

Now here is where it gets really interesting.

If you just collect postally used examples of the stamp, then you might attempt to find postmarked stamps that represent each month in which the stamp was used.

Another choice is to find different types of cancels, such as the numeral cancel shown in Figure 5. You could collect stamps that bear postmarks from each of the Australian states, too.

For those who like to delve into printing varieties, a number of them are explained and illustrated in the Brusden-White Australian Commonwealth Specialists’ Catalogue.

These varieties can be more difficult to spot, but once you find one or two of them it makes you feel like you have just discovered gold.

Remember that these are common, inexpensive stamps, but they are still worth close inspection.

A good starting place is the Scott catalog listings for Die I and Die II stamps.

Scott explains Die I as “the inside frameline has a break at the left, even with the top of the letters of the denomination. An example of this is shown at top in Figure 6. The catalog describes Die II as “The frameline does not show a break,” which is pictured at the bottom of Figure 6.

You will need a magnifying glass to check for these differences, but once you catch on, you will be able to spot other differences more quickly.

Beginning any new collection does not have to be intimidating or fearfully expensive. Start modestly, take little bites, dream big and don’t forget to have fun.