For USPS art director, inspiration was preserved on whatever was handy 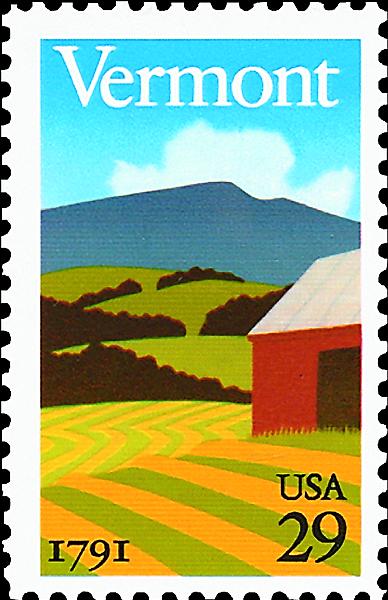 Figure 4. The design concept for the 1991 Vermont Statehood stamp began life on the back of an index card. 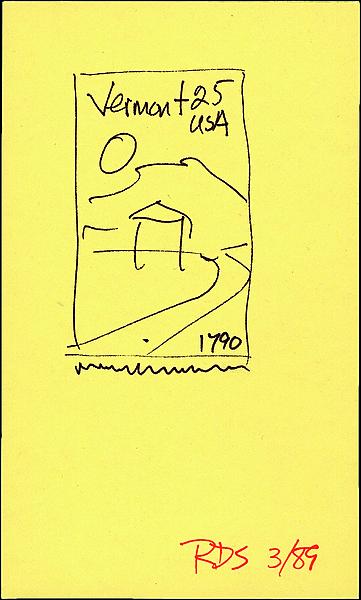 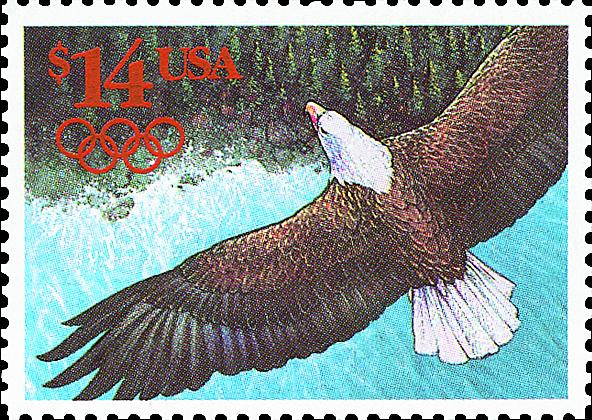 Figure 3. Sheaff created a concept sketch for the 1991 Eagle Express Mail stamp on the back of a USPS meeting agenda. 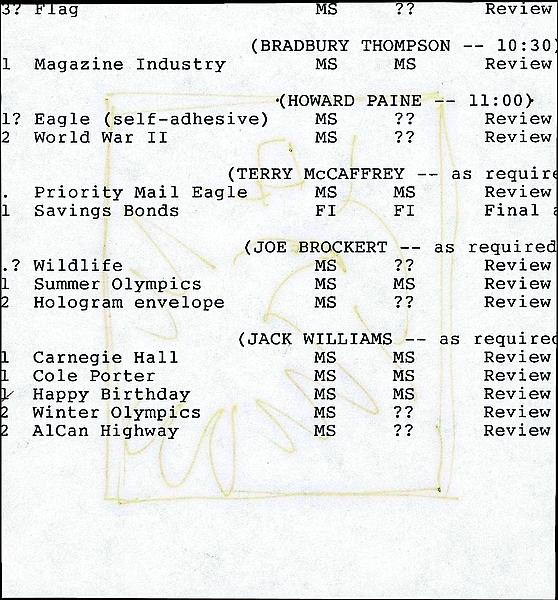 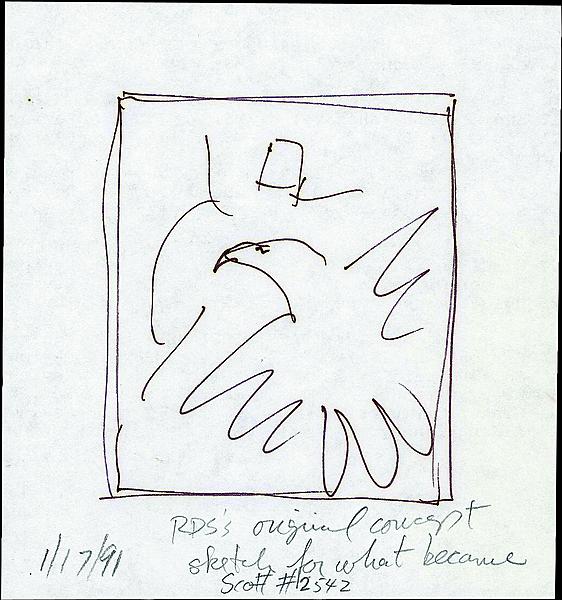 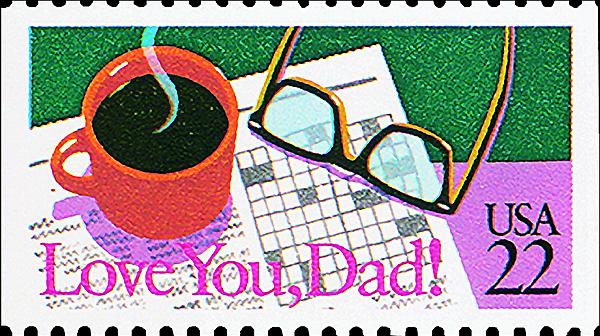 Figure 2. A napkin was pressed into service as the artist’s medium for this sketch for the 1987 Love You, Dad! stamp. 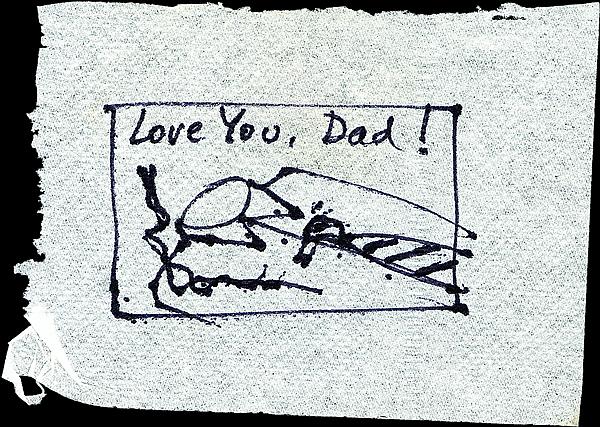 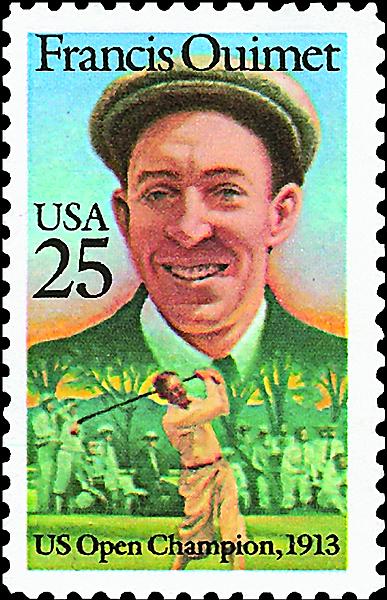 Figure 1. Among the material donated to the National Postal Museum by United States Postal Service art director Richard Sheaff is this early design sketch for the 1988 Francis Ouimet commemorative stamp. The issued stamp honoring the golfer is shown at right. 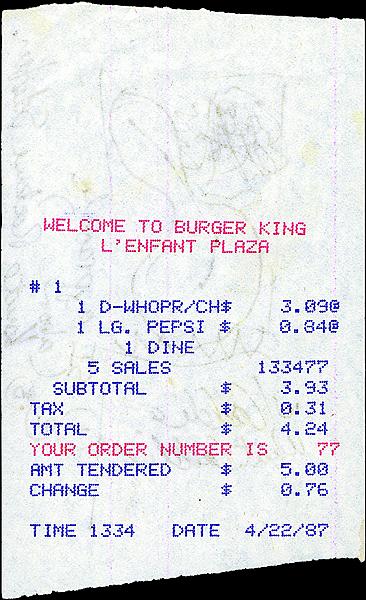 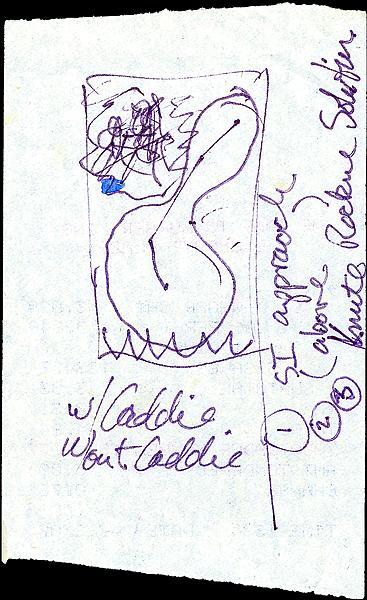 The British playwright and novelist Somerset Maugham once said: “I write only when inspiration strikes. Fortunately it strikes every morning at nine o’clock sharp.”

Few of us are so lucky. Inspiration can strike anytime and anywhere, and when it does we scramble for the nearest bit of paper to record our vision before it is gone with the wind.

United States Postal Service art directors are no exception, as the collection of stamp art recently donated to the National Postal Museum by Richard Sheaff illustrates.

Shown in Figure 1 is a sketch on the back of a receipt from the Burger King restaurant in Washington, D.C.’s L’Enfant Plaza, dated April 22, 1987.

The golfing green and the words “w/ caddie” and “w/out caddie” indicate that this is a very early concept for the Francis Ouimet stamp of 1988. There is also a reference to the “Knute Rockne solution,” further placing it in the American Sports series.

This wasn’t Sheaff’s first revelation at Burger King. As shown in Figure 2, an early version of the Love You, Dad! stamp in the Special Occasions booklet of 1987 is drawn on what appears to be a portion of one of the restaurant’s napkins. The shirt and necktie in the sketched design were later abandoned for a cup of coffee and a crossword puzzle on the finished stamp.

There is a sketch on the back of a USPS meeting agenda, shown in Figure 3, that I was about to catalog as the latest known use of the Waterbury, Conn., running chicken cancel. Then I noted Sheaff’s explanation at the bottom: It is a concept for the 1991 International Express Mail stamp, “Eagle in Flight.”

A more straightforwardly recognizable example is the early sketch for the 1991 Vermont Statehood commemorative shown in Figure 4, drawn on the back of an index card.

In the Jan. 27 column, I wrote about Sheaff’s love for ephemera and how it has influenced his stamp designs. How fitting, then, that his collection preserves these fun examples of the stamp design process — they are the ultimate in philatelic ephemera.