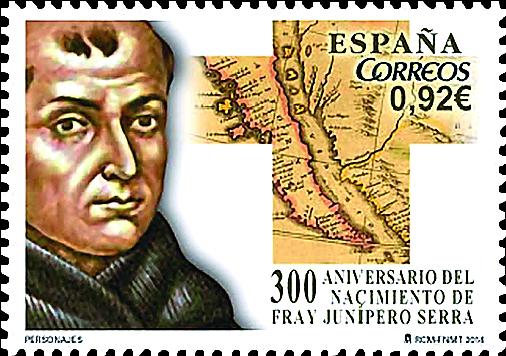 Figure 3. A Spanish stamp honors the 300th birth anniversary of Father Junipero Serra, a missionary in Mexico and California. 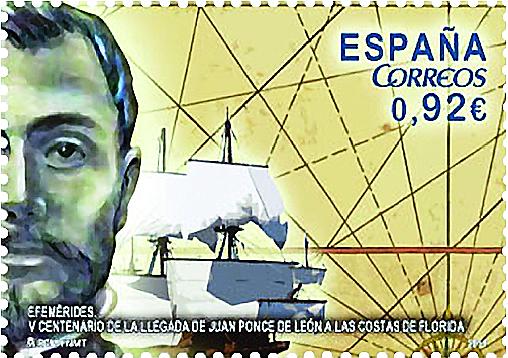 Figure 2. A Spanish stamp commemorates the 500th anniversary of Juan Ponce de Leon’s landing on the coast of Florida.

Eight new self-adhesive stamps from Spain are devoted to the subject of collecting, including stamp collecting.

Spain’s post office, Cor­reos, defines collecting as “the passion for collecting and organizing objects of the same class.”

Figure 1 shows the booklet pane of stamps issued Feb. 3. The denominations range from €0.01 to €1.

Stamp collecting is portrayed on the €1 stamp in the lower right of the pane.

The stamp-on-stamp design includes new and old stamps: the round €1 stamp from the souvenir sheet issued Nov. 6, 2012, to celebrate Spain’s victory in the European Soccer Championship (Scott 3881), and the 1851 Queen Isabella II 2-cuarto red (8).

A United States Abraham Lincoln penny is among the coins pictured on the €1 stamp representing coin collecting. This stamp is second from the right in the bottom row.

The bottom row also includes a €0.25 stamp for watch collecting and a €0.50 denomination for the collecting of lead toy soldiers.

Mineral collecting is honored on the €0.10 stamp at far right in the top row. The other three stamps in that row show different paper collectibles: lottery tickets, €0.01; postcards, €0.02; and trading cards, €0.05.

The €3.16 stamp in the souvenir sheet pictures Pimentel Tower in Torremolinos. The millstone and fish shown in the selvage allude to the town’s early industries.

Figure 2 pictures the €0.92 stamp commemorating the fifth centenary of the arrival of Juan Ponce de Leon on the coast of Florida.

The new-issue announcement from Correos said: “On Easter Sunday 1513, also called Pascua Florida (Festival of Flowers), the Spanish expedition led by Juan Ponce de Leon disembarked in a new land which they named Florida, in honour of the religious festival.

“It seems that the explorer landed in the place nowadays called Melbourne [Beach], near Cape Canaveral, without knowing that he had just discovered the territory where the United States of America would be founded a few centuries later.”

The new Spanish stamp pictures the explorer and a ship.

According to Correos, Ponce de Leon was born in 1460 in Santervas de Campos, Valladolid, Spain, to a noble family. It was believed that he traveled to America with Christopher Columbus on that explorer’s second expedition to the West Indies in 1493.

In 1521, eight years after his first landing in Florida, Ponce de Leon returned with plans to start a colony. However, he was wounded by an arrow during a fight with local Indians and returned to Cuba, where he died.

Figure 3 shows the design of the Spanish stamp. It depicts the Franciscan priest and a map of Baja California.

Born Miguel Joseph Serra in 1713 in Petra, Majorca, Spain, he traveled with other Franciscans to New Spain (Mexico) in 1749. He founded his first mission in California, San Diego de Alcala, in 1769. He died in 1784 at the Carmel Mission, where he is buried.

The print quantity for the Father Junipero Serra stamp is 250,000, and for the Exfilna souvenir sheet it is 220,000. Both have moisture-activated gum. The self-adhesive Collectibles pane and Ponce de Leon stamps can be printed in unlimited quantities, according to Correos.