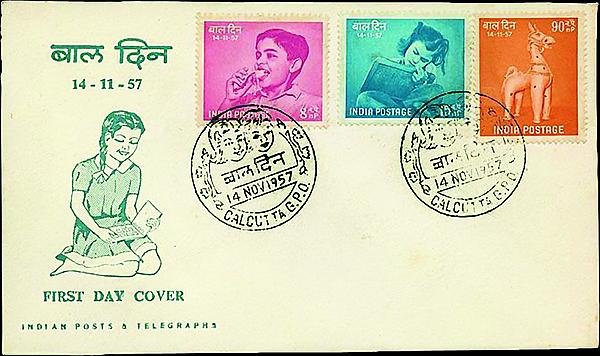 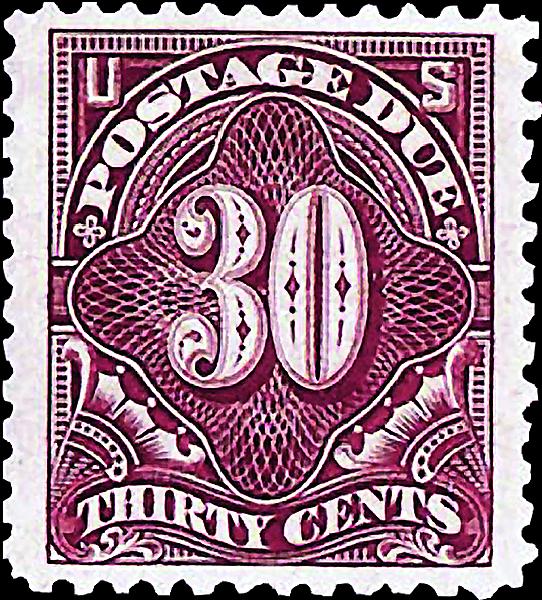 The 1894-95 U.S. 30¢ deep claret Numeral postage due stamp (J36) is difficult to find in sound used condition without faults and is worth the full value listed in the 2014 Scott Specialized Catalogue of United States Stamps and Covers.

United States— In 1894-95, the Bureau of Engraving and Printing produced its first set of U.S. postage due stamps (Scott J29-J37). The utilitarian Numeral design featured the letters “U” and “S” in the upper corners. This first set was produced on unwatermarked paper and was perforated gauge 12.

The 30¢ deep claret postage due stamp seems to be especially hard to find in anything approaching sound used condition without faults. I recently spent two months searching for one for a client.

The 2014 Scott Specialized Catalogue of United States Stamps and Covers values the stamp in used condition at $250.

The Scott U.S. specialized catalog values the pale rose variety of color (Scott J36b) at just $200, but I have not found it to be more common than the major-number-listed deep claret stamp.

I guess the lower value can be attributed to the fact that there is less demand for the color variety than there is for the major-number listed stamp. Collectors looking for the pale rose variety, however, should be careful that the lighter color on the stamp being considered is not the result of fading.

Both the deep claret stamp and the pale rose variety are worth paying every bit of full Scott catalog value to acquire. Finding nice examples will be difficult but rewarding.

The only difference between the 1894-95 postage due series and the 1895-97 series is that the latter was printed on double-line “USPS” watermarked paper. If you are not certain of the presence or absence of the watermark, it is worthwhile to submit the stamp for expertization to one of the recognized services.

Be careful of stamps with fake perforations added on one or two sides, as 19 stamps from every sheet had natural straight edges.

India— Indian cacheted first-day covers of the 1940s and 1950s remain a hot collecting market. Such cacheted FDCs often sell for many multiples of the value of the stamps in mint never-hinged condition.

A good example is the Children’s Day issue of Nov. 14, 1957 (Scott 292-294). The 2014 Scott Standard Postage Stamp Catalogue values the mint set at just $1.95. I recently saw an FDC with contemporary cachet sell in an online auction for $50 after fierce bidding.

Look through old dealers’ stocks and accumulations and you might find a gem lurking unrecognized there. — H.G.