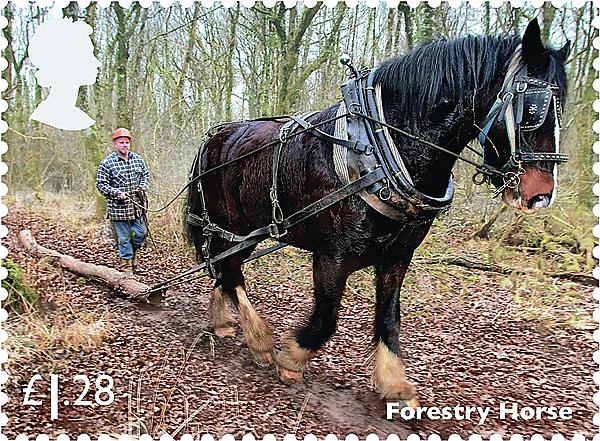 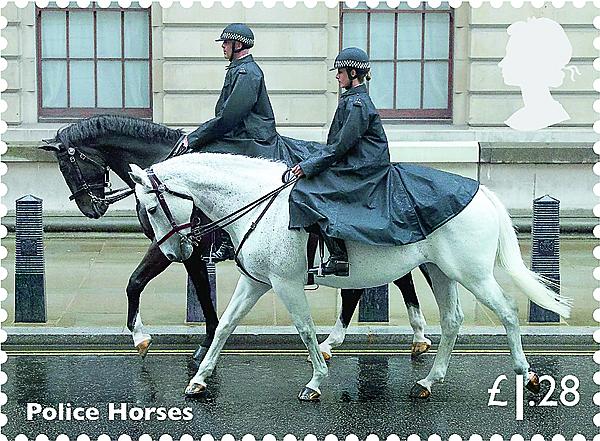 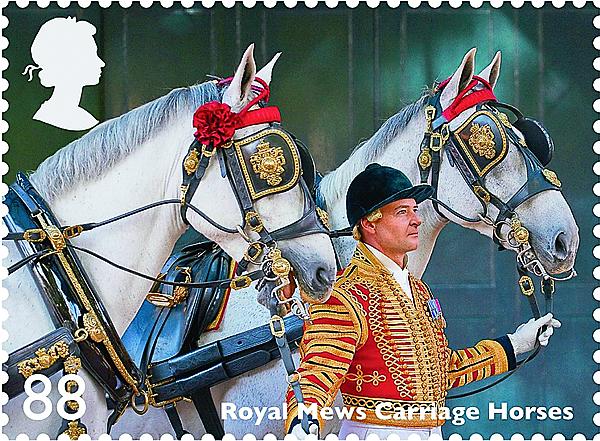 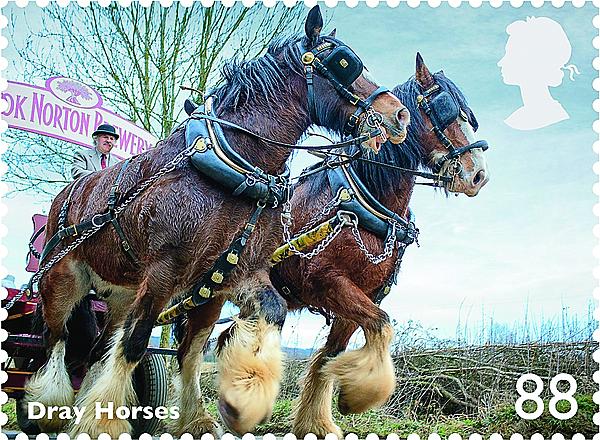 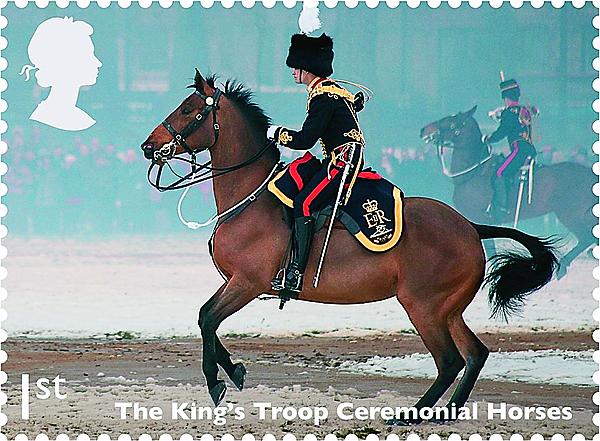 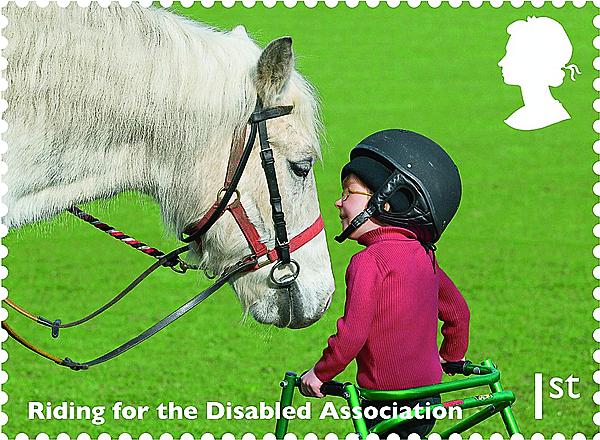 In announcing the stamps, Royal Mail said: “Our relationship with horses began around 6,000 years ago. Over the years horses have carried men into war, transported people and goods over huge distances and been a source of power in both industry and agriculture.

“Despite being largely supplanted by the internal combustion engine in the 20th century, working horses still have a role to play today, whether being used in state ceremonies by the Army, crowd control with the Police Force or for therapy with riding for the disabled.”

A nondenominated first-class stamp from the new set honors the Riding for the Disabled Association. For more than 40 years, this charity has provided therapy, achievement and enjoyment to people with disabilities through the use of horses and ponies.

The association’s website reports that its network of 500 volunteer groups organizes various events, including horse riding, carriage driving, vaulting and show jumping, for up to 28,000 people with disabilities each year.

The stamp design reproduces a photograph taken by Phil Sayer of a child and horse.

This British Army mounted unit is responsible for firing royal salutes on state occasions and also provides a gun carriage and a team of black horses for state and military funerals.

In addition to superb equestrians, the men and women of the King’s Troop are trained as fighting soldiers and have six men or women deployed in Afghanistan at any one time, according to the website of the British army.

Two of the carriage horses from the Royal Mews, or stables, are shown on an 88p stamp. Pawel Libera took the photograph.

Like those in the King’s Troop, the Royal Mews carriage horses participate in many state, royal and ceremonial events, such as Trooping the Colour. They also convey newly appointed high commissioners or foreign ambassadors to an audience with the queen.

The Royal Mews dates back to the reign of King Richard II in the 14th century, but was originally at Charing Cross and housed falcons. King George III moved the Royal Mews to its present location at Buckingham Palace in 1761, and it was rebuilt in 1825, according to the official website of the British monarchy.

During the reign of Queen Victoria, there were as many as 200 horses in these stables.

Today, the mews houses about 30 working horses, including 10 Windsor grays that draw the carriage for the royal family, and 20 Cleveland Bays.

The drayman Roger Hughes also can be seen on the stamp.

Royal Mail reports, “For strength, size and beauty, Shire horses have always been a popular choice and a few breweries keep promotional show teams that are a popular sight in parades and summer fairs around the country.”

According to the Hook Norton Brewery website, it currently has three Shire horses named Nelson, Major and Albert, who in addition to participating in special events also make local deliveries.

A photograph by John Ross of a policeman and policewoman riding on a London street is pictured on a £1.28 stamp.

The use of police horses in London dates back to the middle of the 18th century.

“Their history began in 1760 when Sir John Fielding, the Bow Street magistrate, developed a plan for mounted patrols to deal with the plague of highwaymen infesting the metropolitan area’s turnpikes,” the website of the Metropolitan Police states.

“The plan was so successful that the original Horse Patrol of 8 men was strengthened to more than 50 in 1805. The Bow Street Horse Patrol could then provide protection on all main roads within 20 miles of Charing Cross. Their scarlet waistcoats, blue greatcoats and trousers and black leather hats and stocks, were the first uniform issued to any police force in the world.”

The modern mounted police force in London began in 1919.

The final stamp shows a forestry horse pulling a log, from a photograph taken by Marc Hill.

Horses used in logging can extract timber with minimal ecological impact to the forests.

According to Heavy Horse magazine, “Timber extraction by horse has been the surprising growth area in the use of working horses in the UK over the last 20 years.”

The magazine reports that about 70 professional or part-time horse loggers work throughout Great Britain.

International SecurityPrinters printed the stamps by offset in sheets of 50, sold in panes of 25 at most postal outlets.

Other products to be offered in conjunction with the stamps include first-day covers; six postcards reproducing the designs of the stamps; and a presentation pack with mint stamps, text by Elaine Walker, author of the book Horse, and illustrations by Robert M. Ball.