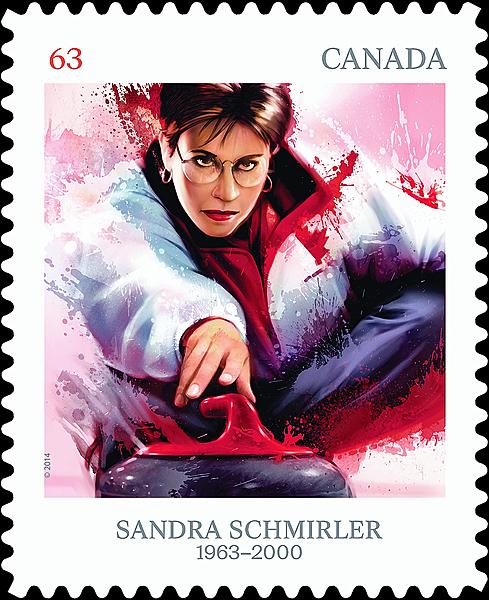 Canada will issue three 63¢ Pioneers of Winter Sports stamps Feb. 3 in booklets and a souvenir sheet. 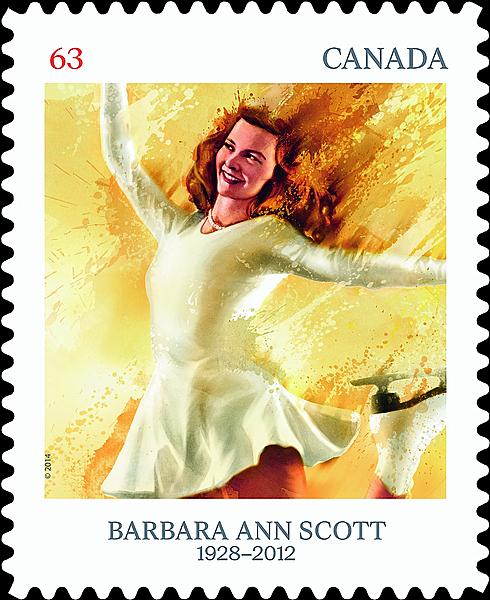 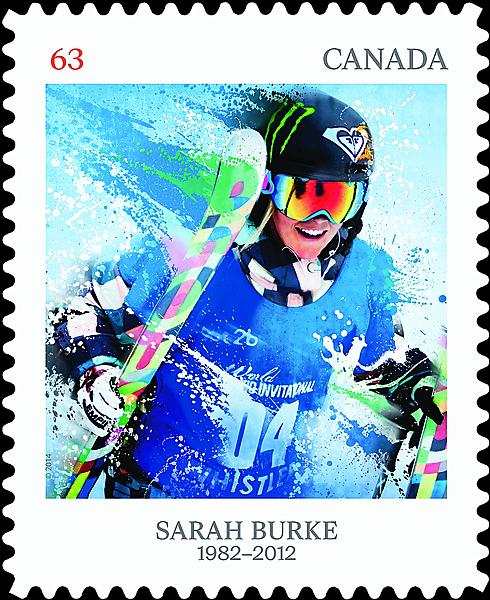 Canada Post will honor three women in its new Pioneers of Winter Sports set to be issued Feb. 3.

The women are figure skater Barbara Ann Scott, curler Sandra Schmirler and freestyle skier Sarah Burke. Canada Post said, “Each woman honored in this set of stamps has changed the face of her sport and left an indelible mark on the memories of her fans.”

The stamps have color schemes reminiscent of the Olympic rings logo, but they do not include the rings or references to the Winter Games taking place Feb. 7-23.

The three 63¢ stamps will be issued in separate booklets of 10 self-adhesive stamps and in a souvenir sheet of three with moisture-activated gum.

The booklets are being produced in quantities of 200,000 each, or 2 million stamps each. The souvenir sheet will be produced in the same quantity. The reason for slightly lower print run is the fact that the stamps are not denominated at the permanent rate. New postage rates planned for March will increase the letter rate to 85¢.

Canada Post spokeswoman Anick Losier told Linn’s that the Pioneers of Winter Sports stamps will not be printed again with a permanent designation after the rate increase.

The designs of the 63¢ stamps are shown here as Canada Post publicity images. The stamps were designed by Paprika using illustrations created by artist Louis Hebert.

Scott won the Olympic gold medal for women’s singles figure skating in 1948, a historic moment in Canadian history. Canadian prime minister Mackenzie King said the win “gave Canadians courage to get through the darkness of the postwar gloom.”

Schmirler was first to win the Olympic gold medal for women’s curling in 1998. A New York Times obituary in 2000 described Schmirler as “one of Canada’s most popular athletes.”

Burke was the first woman to land a 1,080-degree spin in competition for the freestyle half-pipe, a maneuver that requires multiple actions and directions. Half-pipe skiing will be included in the 2014 Olympics Winter Games for the first time as a result of Burke’s lobbying efforts.

Burke was expected to be the top contender in the 2014 competition. She died at age 29 on Jan. 19, 2012, following a training accident nine days earlier.

All the stamps were printed on Tullis Russell paper, with general tagging on all four sides. The self-adhesive stamps have serpentine die-cuts. The souvenir sheet stamps have perforations that gauge approximately 13.

Stamps and FDCs will be available by mail order from the National Philatelic Centre, Canada Post Corp., 75 St. Ninian St., Antigonish, NS B2G 2R8, Canada; or by telephone from the United States and Canada at 800-565-4362, and from other countries at 902-863-6550. Also, Canada Post products are available at www.canadapost.ca/shop.