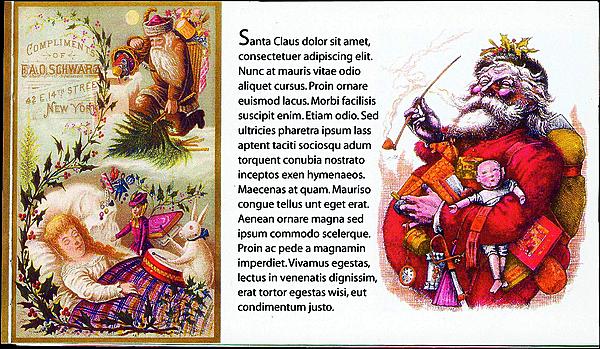 Figure 4. A mock-up prestige booklet was created in 2003 with a theme described as “Visions of Sugarplums.” The artwork is based on Victorian advertisements featuring Santa Claus. The stamps and booklet, however, were never issued. 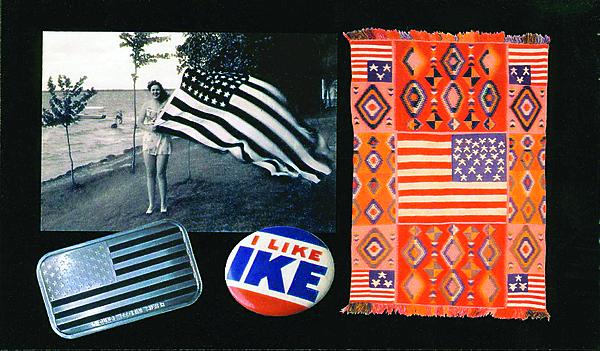 Figure 3. A dummy booklet page delivered in 2002. The design was developed for, but not used, in the Old Glory prestige booklet issued the following year. The Navajo flag-pattern blanket at right was originally intended to serve as the design for one o 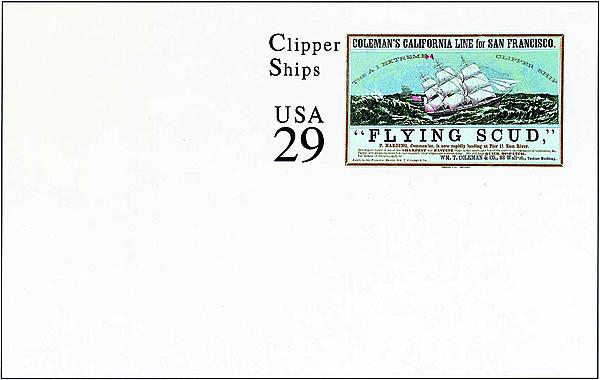 Figure 2. An advertisement for the Flying Scud, a 19th century barque, was used to create the stamp imprint on this unaccepted design for the 1995 20¢ American Clipper Ships postal card. The issued card showed the 19th century American cl 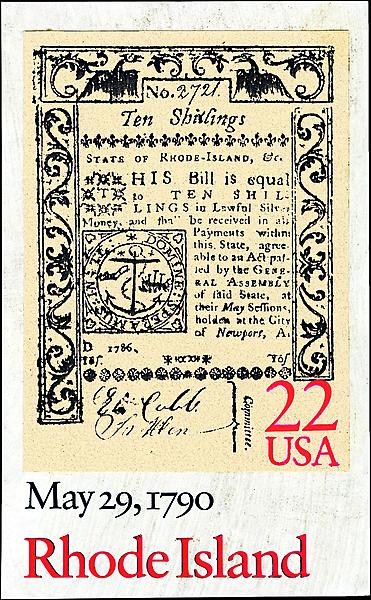 Richard Sheaff has donated his collection of United States stamp design artwork and proofs to the National Postal Museum.

From 1983 to 2008, Sheaff worked as a design consultant to the Citizens’ Stamp Advisory Committee. In that capacity, he was responsible for the design or art direction of more than 300 issued U.S. postage stamps.

One of the constant themes in Sheaff’s output is his affection for ephemera, which are printed designs from advertising and similar sources, especially of the Victorian period.

“I have always found myself keenly interested in a seemingly endless list of vintage things,” he said.

It is no wonder, then, that many of his stamp designs have featured printed ephemera, from early letterpress through chromolithography, as well as three-dimensional artifacts from his own collections.

For the 1990 25¢ Rhode Island Statehood Bicentennial commemorative (Scott 2348), one of the unaccepted designs he directed featured a 10-shilling banknote typeset and printed by Southwick and Barber of Newport in 1786, shown in Figure 1.

An early, unaccepted design for the 1995 20¢ American Clipper Ships postal card (Scott UX220) uses an advertisement for Flying Scud, built in 1853 to trade with India and the Orient, shown in Figure 2.

Sheaff directed the Old Glory stamps issued as the U.S. Postal Service’s second foray into the prestige booklet market (Scott 3776-3780). Issued April 3, 2003, the booklet noted that “After the terrorist attacks of September 11, 2001...Americans are displaying this powerful national symbol with pride, emotion, and a renewed allegiance.”

It includes a Navajo flag-pattern blanket that also was intended to be the subject of one of the stamps before it was cut from the finished design.

The next year, Sheaff worked on a similar prestige booklet for a Christmas issue titled “Visions of Sugarplums.”

The illustrations tended toward Victorian advertising chromolithographs featuring Santa Claus, and the never-issued stamps were in a similar style. The project never progressed beyond the mock-up stage, as shown in Figure 4.

A finding guide to the Sheaff collection will be available on the National Postal Museum’s website later this year.

The National Postal Museum is devoted to presenting the colorful and engaging history of the nation’s mail service and showcasing one of the largest and most comprehensive collections of stamps and philatelic material in the world. It is located at 2 Massachusetts Avenue N.E., Washington, D.C., across from Union Station.

For more information, visit the museum web site at www.postalmuseum.si.edu.