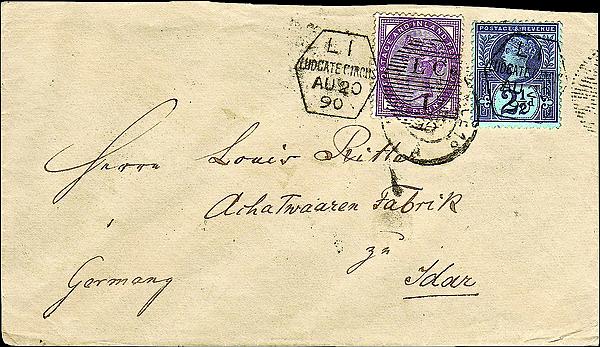 Figure 5. Hexagonal datestamps were applied in London for 54 years, from 1876 to 1930, to indicate that a late fee had been paid and that the mail had received special attention to make the last dispatch of the day. 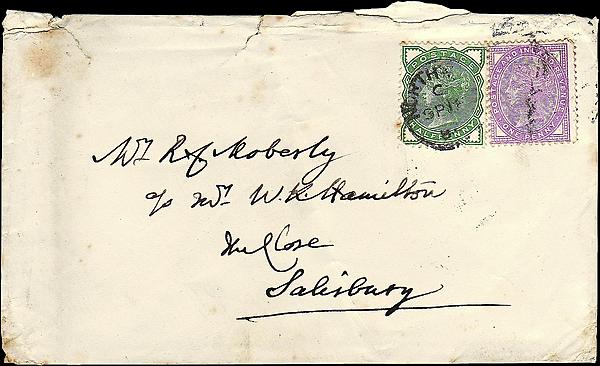 Figure 4. The halfpenny stamp on this cover paid more than the necessary first-step postage of one penny for inland mail in 1883. It indicates that the mailer paid the late fee for special handling. 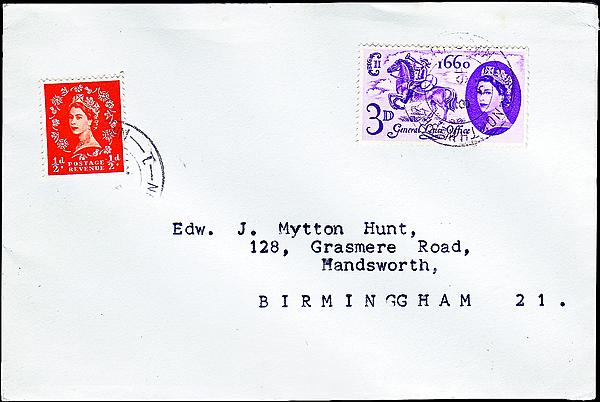 Figure 3. The position of the ½-penny Wilding definitive away from the standard upper right corner helps identify this envelope as a late mail item costing an additional halfpenny for expedited treatment. 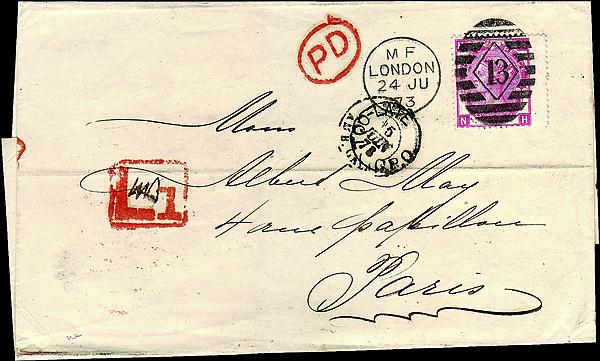 Figure 2. Even though this letter to Paris was received late by the post office as indicated by the boxed “L1” marking, it did not receive special handling because the sender did not add the extra penny stamp that would have paid the requir 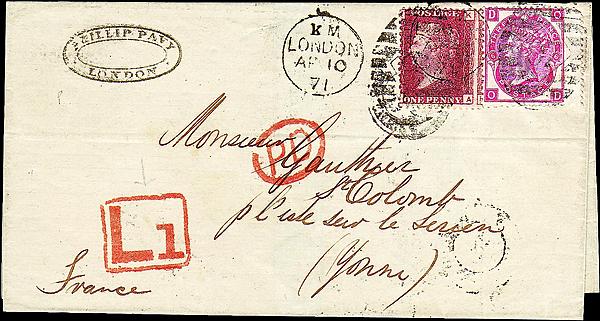 Figure 1. The boxed “L1” indicates that this 1871 folded letter arrived late at the post office, and an extra one penny, receipted by the penny red stamp, was paid by the sender to get it into the closed mail bag for dispatch to France that

Prior to the invention and increased public use of the telegraph and telephone in the 19th century, people primarily communicated long distance by mail. When they had a message to send, they often wanted it to get to its destination as quickly as possible.

The British post office had a closing time in order to make up the daily dispatches of mail, and its goal was to send out by the end of the day all mail items that it had received during that day.

The large red boxed “L1” mark on the folded letter shown in Figure 1 indicates the letter was received at the post office late, after closing. The sender added a Queen Victoria penny red stamp to pay for special handling.

Mailed April 10, 1871, from London, the cover is addressed to L’Isle-sur-Serein in the Burgundy region in central France.

The “L1” marking was applied by post office employees who retrieved mail from a late box and processed it.

For a penny extra, a postal worker would open the already bagged mail waiting for transport to the coast for conveyance across the English Channel and would add the late letter to the bag so that it would not be delayed overnight in London.

Because the mailer knew his letter would not make it in time to meet the closing deadline, he applied an extra 1d stamp (Scott 33, plate 126) above and beyond the normal postage cost to France of 3d, paid by the Queen Victoria 3d rose (Scott 49, plate 6).

Mail submitted late but without evidence of the extra late fee payment would be set aside by postal workers and remain for dispatch until the next morning. Unpaid late mail was often stamped with various “TOO LATE” handstruck markings.

The cover from London to Paris shown in Figure 2 was mailed late as indicated by the “L1” marking, but was not given special handling because there is no evidence that the 1d late fee was paid.

The cover was stamped “TOO LATE/G.P.O.” as indicated by the circular black handstamp under the Calais transit mark. It remained at the post office in London until the next day’s dispatches.

Late mail is a complicated area of specialization for collectors interested in British postal history.

There are at least four ways a cover can be identified as a late mail item: auxiliary markings, such as the “L1” mark, special cancellations, extra postage stamps indicating payment of more than prevailing rates, and (sometimes but not always) the location of postage stamps on mail.

A postage stamp placed away from the customary position in the upper right corner can indicate that the stamp paid a late fee. For example, the cover shown in Figure 3 with a ½d Wilding Queen Elizabeth stamp (Scott 292) affixed at far left might indicate a late mail item.

The other-than-expected location of the ½d Wilding stamp might also have been simply apathy on the part of the sender. However, at times, it was a convention of the British post office to apply stamps paying late fees on a piece of mail away from the postage stamps that paid the prevailing tariff.

A little research reveals that this is an example of late fee mail.

First, the domestic rate on Sept. 8, 1961, the date in the circular datestamp on the 3d stamp (Scott 375), was 3d. This establishes that the half-penny stamp was over and above the standard postage rate at the time.

Second, it is known from postal records that the late fee in 1961 for inland mail was a ½d.

Even if you don’t have access to rate tables, comparison with other covers from the same time period would show that the standard postage rate was 3d, and you could reasonably conclude the extra ½d was a late fee payment.

Many collectors of British stamps know that 1d was the standard first-step rate for inland letters in Britain for more than 75 years between 1840 and 1918.

The Figure 4 cover was sent to Salisbury, an inland destination. A circular datestamp on the reverse indicates it was received in Salisbury on Sept. 19, 1883.

Even though the ½d stamp was applied right next to the postage stamp, not at another location on the envelope, it was likely a late fee payment since it is in excess of standard postage. Postage rate reference books record that in September 1883 the late fee charge for inland mail was ½d.

The two Queen Victoria stamps (Scott 89 and 114) on the cover shown in Figure 5 are canceled with a hexagonal-shaped date­stamp in the duplex format of barred obliterator next to location and date indicator.

Hexagon daters are a dead giveaway that items bearing them are late mail. This style of cancellation was used in London for 54 years, from 1876 to 1930, to cancel mail that bore stamps paying the fee for after-hours special handling.

The hexagon daters usually have at their top the code “L” standing for late fee and a number, either 1, 2, or 3, indicating the charge in pence.

Delivering mail as quickly as possible was the desire of the post office and an expectation of the public. The late fee system enabled the achievement of fast service.

As a stamp or postal history collector, you can look for the presence of extra stamps or for the capital letter “L” in cancellations to identify late fee mail.