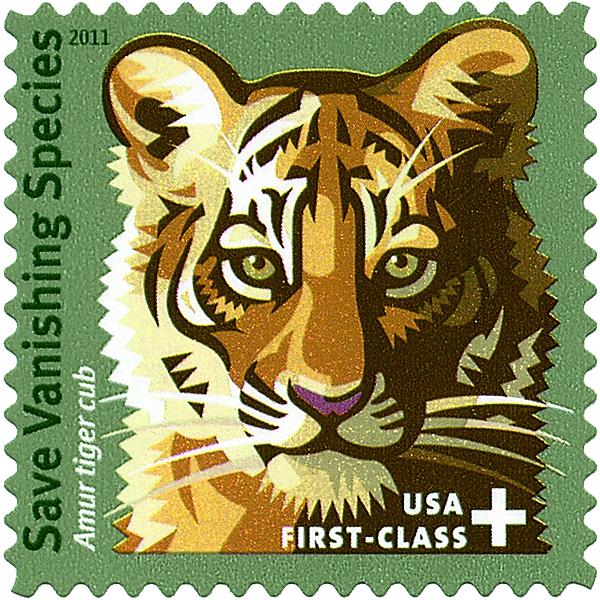 The United States Postal Service’s fourth semipostal stamp was removed from sale Dec. 31, 2013, and if no Congressional action takes place, the unsold stamps — approximately 75 million of them — will head to the shredder.

When it was taken off sale, the Save Vanishing Species semipostal (Scott B4) was selling for 55¢, which included its current postage value of 46¢ and a surtax of 9¢.

Legislation creating the new stamp was signed into law by President Barack Obama on Sept. 30, 2010. Funds earned from the stamp surtax are transferred to the U.S. Fish and Wildlife Service to support the Multinational Species Conservation Funds.

As of Jan. 8, U.S. Postal Service spokesman Mark Saunders told Linn’s, “There is no legislation [affecting the Save Vanishing Species semipostal] that we are aware of that is currently pending.”

A USPS announcement of the sales withdrawal was made in its Dec. 26, 2013, Postal Bulletin, and included this statement: “Note that these items are to be retained at the unit level until further notice. Do not prepare these items for destruction at this time.”

Saunders did not provide an explanation of how this announcement could affect the fate of the unsold stamps.

When the stamp was issued, the Postal Service reported that 100 million were produced. According to a Dec. 19, 2013, press release by the U.S. Fish and Wildlife Service’s Wildlife Without Borders program, a total of 24,989,000 stamps had been sold as of November.

Based on its sales, the stamp has earned approximately $2.52 million for the funds.

Illustrator Nancy Stahl created the image of the Amur tiger cub that appears on the stamp.

Three other semipostal stamps were issued before the Save Vanishing Species stamp: the Breast Cancer Research stamp in 1998 (Scott B1), the Heroes of 2001 stamp in 2002 (B2), and the Stop Family Violence stamp in 2003 (B3).

Only the Breast Cancer Research semipostal stamp remains on sale. The other two semipostals each were removed from sale after two years.