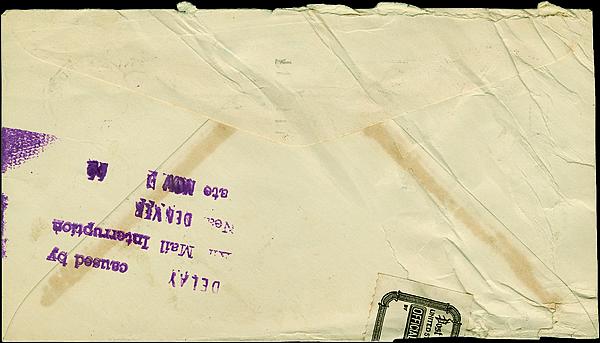 Figure 2. This unusual plane crash cover features a mechanical addressing machine auxiliary marking explaining that this cover was damaged in an “Interruption of Service near Denver, Colorado.” The cover is from the United Airlines UA629 Ne 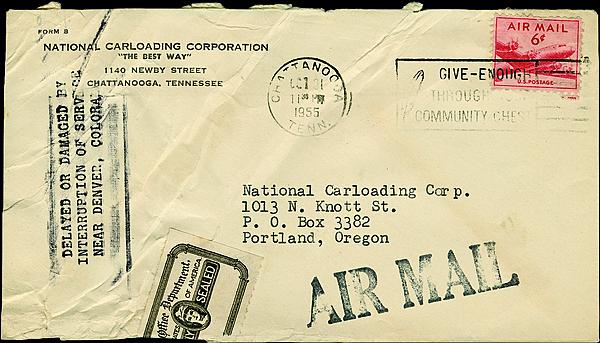 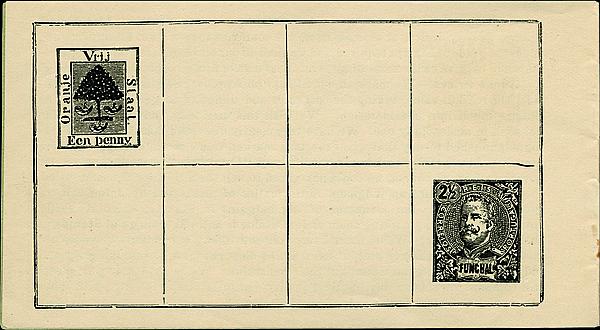 Figure 1. The cover and an inside page of what might be the smallest worldwide stamp album. It measures 5 inches by 3 inches. The author of this column is trying to locate a smaller example. 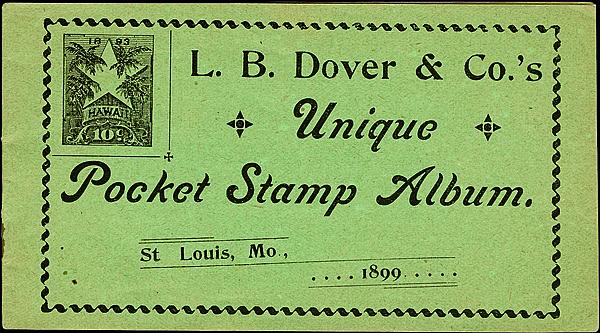 I am a fan of philatelic miniatures — postage stamps, covers, toy stamps and the like. The item pictured in Figure 1 represents a new category: a miniature worldwide stamp album.

Shown in Figure 1 is the front cover and one of the 15 page sides of an 1899 Unique Pocket Stamp Album given to customers by stamp dealer L.B. Dover & Co., of St. Louis, Mo. The 5-inch by 3-inch album contains eight spaces per page, which comes to 120 spaces for stamps. Among these spaces, 24 include illustrations of stamps, each from a different country, including Hawaii.

The inside front cover provides context: “This Pocket Album is FREE!...If you want another one for yourself or friend, please send 2¢ for each additional one desired and same will be sent post free.”

Dover & Co. was an approval operation, but not solely. The text notes, “Rare U.S. Stamps are not sent on approval but are kept in stock, subject to cash orders from our price list.”

Is there a smaller worldwide album produced by a U.S. dealer out there in stampland? If so, I would appreciate a report by e-mail at jmhstamp@verizon.net, or by postal mail to John Hotchner, Box 1125, Falls Church, VA 22041.

Thanks to U.S. Notes reader Bob Chartier of New Hampshire for recognizing this wonderful philatelic artifact and reporting it.

A mechanical addressing machine message is among the more unusual auxiliary markings one will see on an envelope that’s been subjected to harsh treatment in the mail.

In the case of the cover shown in Figure 2, it was on a United Airlines plane that crashed Nov. 1, 1955, while on the way from New York to Seattle. It’s an early example of what appeared to be sabotage.

The UA629 flight originated at La Guardia Airport in New York, and had made a scheduled stop at Chicago, and another at Denver. Its next stop was to be Portland, Ore.

However, at 7:03 p.m., 11 minutes out of Denver, Stapleton Airport controllers saw two bright lights suddenly appear in the direction the plane was traveling. They saw the lights fall toward the ground near Longmont, Colo., followed by another bright flash.

Shortly after, all flights in the air near Denver were accounted for except UA629. It developed that all 44 crew and passengers aboard had died instantly and that debris was scattered across six square miles of Weld County in Colorado.

It was determined that a bomb had been placed aboard the plane at Denver.

Further investigation determined that the son of one of the passengers was responsible for placing the bomb in his mother’s suitcase, and he was prosecuted for the crime. However, it was discovered that there was no federal statute on the books at the time that made it a crime to blow up an airplane.

Thus, the man responsible could only be charged with the premeditated murder of his mother. He contested the charge, but his attorneys were unable to overcome the compelling evidence presented by the prosecution. He was convicted and after a few short delays was executed in the Colorado State Penitentiary gas chamber.

Of the mail on the flight, 396 pounds were recovered, with only nine pounds in damaged condition. The mail was forwarded from Denver, either under cover with a mimeographed note of explanation, or with one of two explanatory messages on the cover.

The cover shown here bears both messages: a handstamp on the back and the mechanical addressing machine message imprinted on the front. Given that the cover originated in Chattanooga, Tenn., it was likely placed aboard UA629 in Chicago. Crumpled on the left side, it is reinforced by use of an “Officially Sealed” post office label.

What was the son’s motive? He bore a grudge against his mother as the result of an unhappy childhood, and he was the beneficiary of her insurance policy and her will. The bomb had been wrapped in the form of a Christmas present that she had put in her suitcase to bring with her.