The first Greek airmails defied conventions of design and size 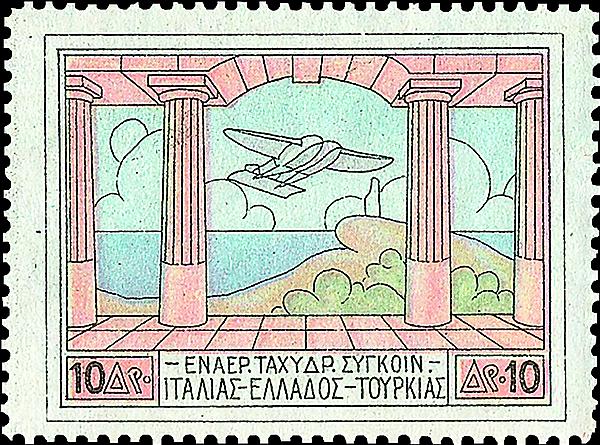 Figure 4. The high value of the set shows the airmail plane from the viewpoint of an onlooker within a colonnade. 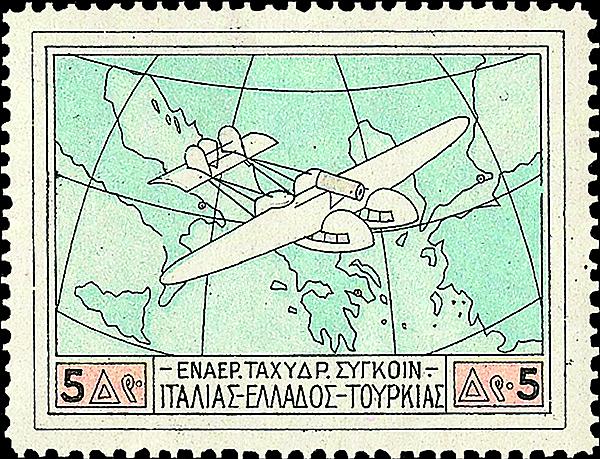 Figure 3. The 5dr stamp covered the letter rate to southern Europe, which is shown on the map. 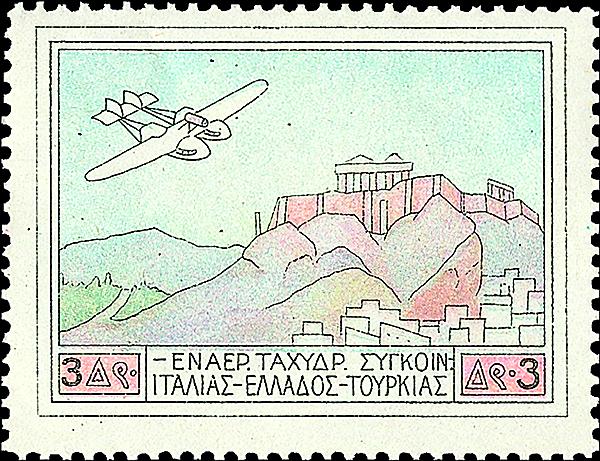 Figure 2. The aircraft is over Phaleron Bay near Athens, the first stop on the airmail loop, on the 3dr value. 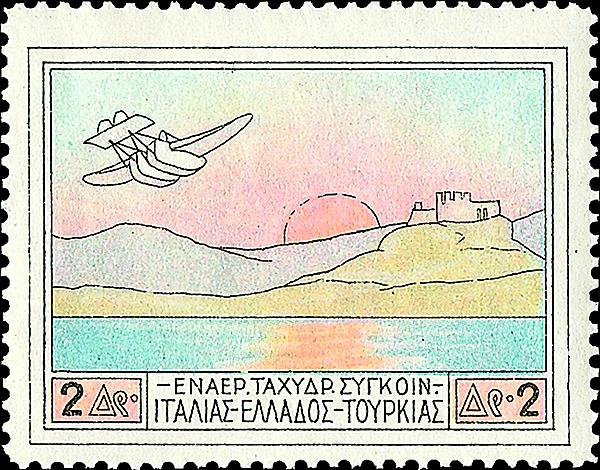 Figure 1. The sun illuminates a flying boat on the 2-drachma low value of Greece’s 1926 airmail stamps.

Greece joined the world of airmail in 1926 under the auspices of a company called Aero Espresso Italiana S.A., underwritten by the Italian government.

The initial Italy-Greece-Turkey air route began Aug. 1, 1926, as a loop of some 870 miles, starting in Brindisi with stops near Athens and Constantinople.

The aircraft were Savoia-Marchetti S-55 double-hulled flying boats, which figured in the designs of the first Greek airmail stamps (Scott C1-C4).

The stamps were not issued until Oct. 20, so the earlier flights used ordinary Greek stamps or Italian airmail issues.

The set of four stamps was designed under Aero Espresso Italiana supervision, approved by Greek postal officials and printed in Milan by Bestetti & Tumminelli, an art publisher of high-quality books. The artist’s name is cited variously in the literature as A. Gavallas, Gravalas, M. Gavalla or M. Gavalas.

The stamps’ artistic style owed more to colorful contemporary advertising labels than to postal issues of the time, which tended to be engraved and single-color. The lithographic printing process used four colors that give the stamps the lovely appearance of a wash of watercolor on a pencil drawing.

In his 1998 philatelic history of Aero Espresso Italiana, Vincent Prange suggested that the stamps were prepared for the press by a combination of photographic and hand work (the black outer frame for each stamp was surely hand-drawn), with visible differences between individual stamps. The stamps were printed on unwatermarked white paper in sheets of 25, and perforated gauge 11½.

The 2014 Scott Classic Specialized Catalogue of Stamps and Covers 1840-1940 calls the stamps multicolored, but earlier editions of the Scott catalogs listed the individual colors as follows.

The 2-drachma stamp (Scott C1), shown in Figure 1, paid the postcard rate and includes shades of rose, lilac, yellow, blue and black. The design shows the flying boat over Phaleron Bay, near Athens.

The 3dr stamp (Scott C2), shown in Figure 2, paid the printed matter rate and depicts the aircraft over the Acropolis in shades of blue, buff, lilac, green, rose and black.

The flying boat is shown over a map of southern Europe on the 5dr stamp (Scott C3), pictured in Figure 3. The stamp covered the letter rate. It is printed in blue, lilac, rose and black.

The 10dr high value of the set (Scott C4), shown in Figure 4, paid the registered-letter rate and shows a flying boat seen through a colonnade. Prange states that the view is from the Acropolis Museum.

There is no country name on the stamps; the two-line Greek inscription translates to “Aerial Postal Communications/Italy-Greece-Turkey.” Their first use was on the Nov. 3, 1926, Athens-Brindisi flight.

Initially, John N. Luff, publisher of the Scott catalogs, considered the stamps to be private labels rather than a government postal issue, and declined to list them. However, it was learned that in January 1927 Greece had supplied the Universal Postal Union with specimens of the stamps, in accord with the requirement for UPU member nations to submit their issues.

An official Greek postal decree dated Nov. 29, 1925, also became known, stating that Aero Espresso Italiana was to issue stamps at its own expense, to be put on sale at post offices.

In light of these assurances of validity, the set of stamps received Scott numbers and first appeared in the 1929 Scott Standard Postage Stamp Catalogue.

This set sometimes is called the “Patagonia” issue, a mystifying reference given that Patagonia is an immense region shared by Argentina and Chile in southern South America. The place was called Patagonia by the Portuguese explorer Ferdinand Magellan who, during his 1520 expedition, described the indigenous peoples as very large, even giants. One of Magellan’s favorite books, a 1512 Spanish novel titled Primaleon, featured a savage giant named Pantagon.

The adjective pantagonian entered European conversation over the following centuries as meaning huge or oversized, and is not an unfair description of these 1926 stamps.

Measuring about 46 by 36 millimeters, or 113/16 inches by 11/16 inches, they are about the same size as a block of four United States definitive stamps of the period.