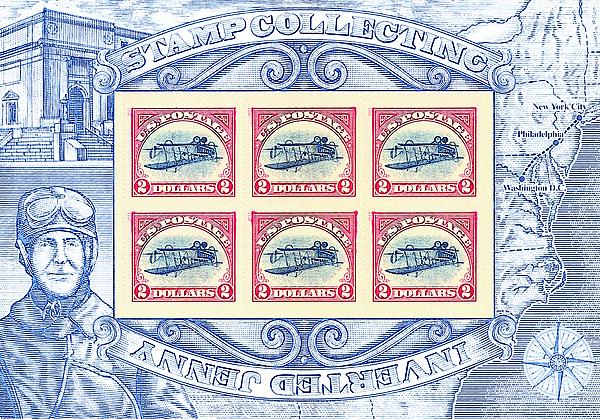 A United States Jenny Invert pane of six. The U.S. Postal Service has denied repeated requests from Linn’s for initial sales figures for the pane. Linn’s has appealed the Postal Service’s denial of

After several months of repeated requests, we are no closer to having an answer.

Our request was denied Nov. 1. The next day, Linn’s filed a Freedom of Information Act request to obtain the sales data.

Almost two months later, we received a formal denial of our FOIA request, in the form of a lengthy response from Susan McGowan, who runs the Postal Service’s stamp services division.

In her Dec. 20 letter, McGowan cites various sections of the FOIA that do not require mandatory disclosure of data that is commercial in nature, to include "trade secrets, whether or not obtained from a person outside the Postal Service, which under good business practice would not be publically disclosed."

She goes on to cite the Postal Reorganization Act of 1970, which describes the USPS "as an independent establishment of the executive branch" of the federal government.

As we see it, this very language removes the Postal Service from the realm of privately held, commercial businesses, and places it squarely in the public domain.

McGowan goes on to cite various court cases related to the disposition of what she calls "commercial information." She then expounds on "good business practice," concluding that the requested sales figures are "not the sort of information that would be released to the public by private corporations," and that "it would not be reasonable or prudent for the Postal Service to disclose it."

Although Congress intends for the Postal Service to be profit-seeking, it is not a private organization. As such, data such as stamp sales figures should not be withheld from public scrutiny.

McGowan does state in her letter that final sales figures will be made available when the Jenny Invert pane "is removed from sale to the public."

We could have let it go at that. However, Linn’s has an obligation to give its readers timely, useful information.

On Jan. 16, Linn’s filed a FOIA appeal of the Postal Service’s denial of the initial request for sales figures for the Jenny Invert pane.

All of which returns us to our original question: Why is the Postal Service keeping silent about the sales numbers?

Because we have yet to receive a reply to our appeal, it’s best to invoke Occam’s razor: seek the simplest explanation, which is that the sales of the Jenny Invert pane thus far are well below the Postal Service’s expectations.