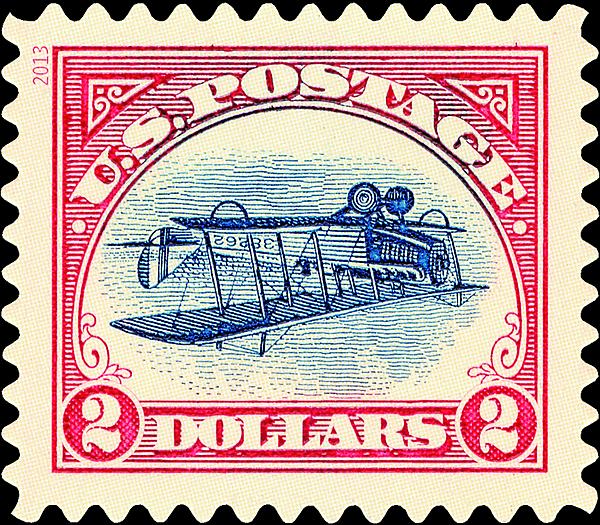 Multiple attempts by Linn’s to obtain early sales data on the United States $2 Inverted Jenny pane of six issued Sept. 22, 2013, have been denied by the U.S. Postal Service.

Through the Postal Service’s standard media channels, Linn’s requested sales data for the first 30 days of sales for the Jenny pane, from Sept. 22 through Oct. 22.

On Nov. 1, 2013, the Postal Service declined to provide the data, though USPS spokesman Mark Saunders responded that “sales of inverted Jenny are above average for a high-value denominated stamp.”

Specific sales data could provide insight into the potential number of inverted Inverted Jenny panes that have been sold. Only 100 variety panes of this issue were intentionally created to show the airplane on the stamp flying right side up. The Postal Service randomly seeded these 100 panes among the normal panes, which show the plane flying upside down.

Statistically, the odds of finding one of the intentionally created varieties are approximately 1 in 22,000.

To date, only four variety panes have been reported to the Postal Service. If this is the true number found to date, it is likely that an estimated 80,000 to 100,000 panes of the normal issue have been sold, of the 2.1 million produced.

On Nov. 2, Linn’s filed a Freedom of Information Act request asking for sales figures of the $2 Inverted Jenny stamp pane. After a seven-week wait, a response from the Postal Service dated Dec. 20, 2013, was received, denying the request.

Susan McGowan, USPS stamp services and corporate licensing director, responded with an 11-paragraph explanation that sought to describe why the Postal Service refused to provide the statistics.

The response claims that the Freedom of Information Act “does not require the disclosure of ‘information of a commercial nature, including trade secrets, whether or not obtained from a person outside the Postal Service, which under good business practice would not be publically disclosed.”

The response did indicate, however, that the Postal Service will “release sales data on this stamp issue once the stamp is removed from sale to the public.”

In a section titled “Good Business Practice,” the Postal Service referenced legal history, stating that “...it would not be good business practice to disclose the number of Stamp Collecting: Inverted Jenny $2 forever stamp panes that were sold during a particular time frame at a particular postal facility.”

It should be noted that despite the Postal Service’s description in this section, the $2 stamp is not a forever stamp.

The response claims that Postal Service competitors could make use of specific revenue information to provide similar services.

On multiple other occasions in recent past, the Postal Service has readily provided sales information or updates on recent stamp issues. Only recently has there been a reluctance to share this information publicly.