Collecting People’s Republic of China: It’s all in the numbers 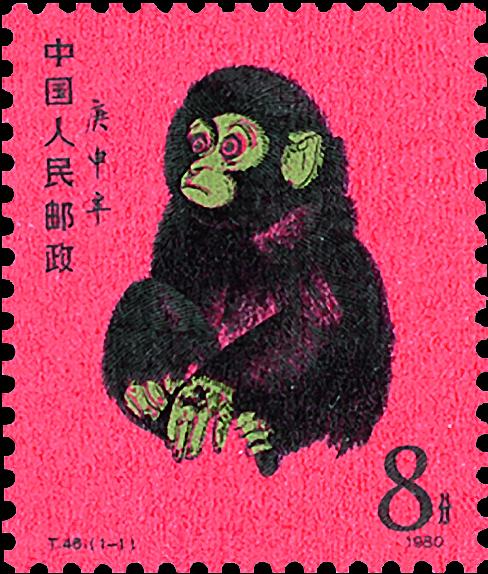 Figure 3. China’s mint 1980 8-fen Monkey New Year stamp has steadily increased in value in recent years, fueled by its popularity with stamp collectors and the fact that many were used on mail. 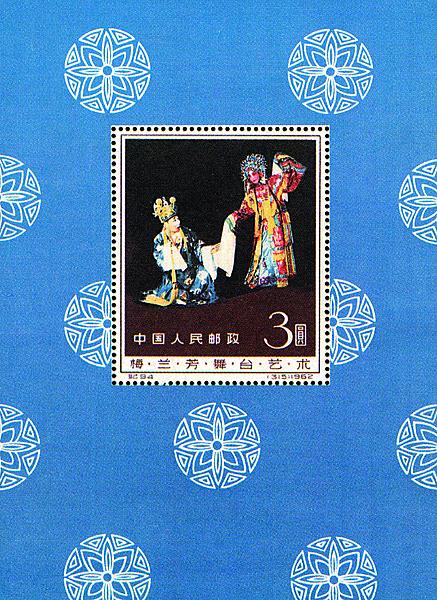 Figure 2. China’s 1962 Mei Lan Fang stamp set includes this single-stamp souvenir sheet. The sheet was printed in a small quantity, and is very hard to find in top condition. 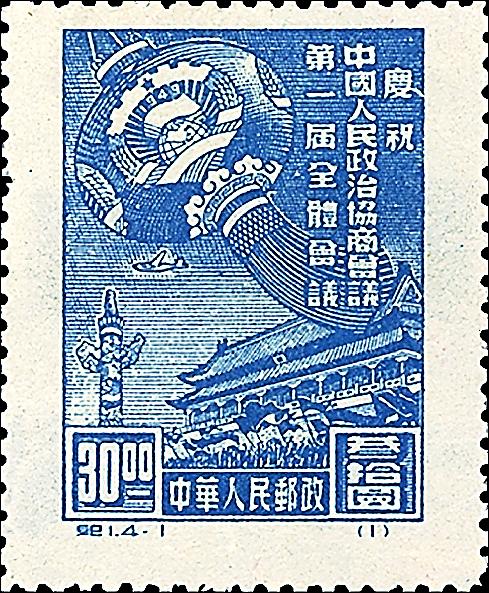 Figure 1. The $30 blue stamp from the 1949 first set issued by the People’s Republic of China.

Over the course of eight years, the prices of a great many mint, never-hinged sets and souvenir sheets issued by the People’s Republic of China from 1949 to 1980 have increased 500 percent.

Some who have observed this increase have dismissed it as the result of mindless speculation.

But I’m familiar with the quantities printed for these commemoratives and souvenir sheets, and I say it’s about time.

Handbooks printed in Chinese for PRC collectors list the printing quantities of commemoratives. The task of coordinating these facts becomes the story.

Knowing the quantities printed alone is not enough. Many stamps saw considerable use in the mailstream, leaving fewer examples for collectors.

Large areas of the country are humid, and air conditioning only came into wide use in 1964.

An embargo kept stamps of the People’s Republic of China out of the albums of U.S. collectors until the mid-1970s, so the great big U.S. marketplace has had to play catch-up.

Even then, for many, there was a stigma attached to these stamps, until the beautiful new issues of 1981 and thereafter were released. Then the demand exploded.

Only 360,000 sets were printed when the country’s population was 541 million.

A great many stamps were saved by noncollectors and thus lost to philately. We see sets tied to souvenir pages by commemorative cancellations, and affixed to first-day covers. Some were used in the mail.

It is anyone’s guess how many are still around for collectors.

Almost every set from 1952 onward was printed in quantities of 2 million or more. Heavy postal use and the exportation of CTO quantities decimated the mint quantities remaining for today’s collectors.

A set issued in 1959 to commemorate the previous year’s successful harvest (Scott 409-412) was issued in a quantity of 7 million. The set was issued as a se-tenant block of four, so at best only a quarter of that number of collectors can be satisfied. It is seen most often canceled to order. In 2006, the mint block sold for $10, while today it is a good buy at $50.

One and a half million sets of the Mei Lan Fang stamps might have seemed like a lot at the time, considering the eight values and total face values. It is a handsome set.

The companion souvenir sheet (Scott 628) was issued in a quantity of only 20,000. Maybe one example in 50 is truly in very fine condition. The sheet is pictured in Figure 2.

Condition problems run amok with this issue. This is the one souvenir sheet that cannot be handled with tongs, because even careful handling with tongs leaves imperfections across the face of the sheet. It is easy for the gum to bear inclusions or carry trace soiling. Collectors check to make sure that the corner tips are sharp.

Many of the souvenir sheets of 1978 and 1979 were issued in quantities of 100,000. I’ve read that perhaps 30 percent of the mintage was used for first-day covers. If every one of the remaining sheets was still available, how many would be perfect today? Would 70,000 satisfy the demand? That’s why these items are priced the way they are.

An iconic Chinese issue is the 1980 8-fen Monkey New Year stamp (Scott 1586). Five million were issued, though vast quantities were used postally. This stamp, pictured in Figure 3, was distributed as a new issue in the United States. The 2006 retail was $195, while today it retails for $1,800.

And every collector wants a Monkey stamp.

As China builds its economy, its citizens will continue to buy its stamps, and PRC philately is very popular in the United States as well.