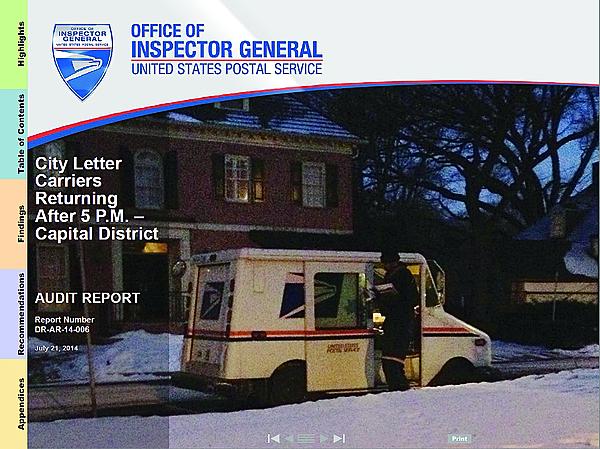 Is your mail arriving late in the day?

A new report from the U.S. Postal Service’s Inspector General says it’s a national problem that’s apparently getting worse as more mail-processing plants are being closed.

And no place is worse than Washington, D.C., where the Capital District has consistently ranked among the five districts across the country with the most letter carriers finishing their routes after 5 p.m.

The new report could become significant, because it is one of the first to point out a serious problem with Postmaster General Patrick Donahoe’s plant-closing agenda.

The inspector general blames the closings of two processing plants in the Washington area for the late deliveries, saying that supervisors fail to plan for the arrival of incoming mail in time for carriers to get on the streets early in the day.

The Postal Service has a goal of 95 percent of its carriers returning to the offices by 5 p.m.

That not only adds a huge amount of overtime to the Postal Service’s labor costs, but it has alarmed customers and led to carriers being placed in dangerous nighttime locations.

A part-time carrier was fatally shot in Maryland’s Prince George’s County as he was delivering mail at 7:30 p.m. last November. That crime has yet to be solved.