Figure 3. The letter enclosed in the cover in Figure 1 is dated Nov. 19, 1946. The letter refers to the aircraft carrier Vanguard “when she takes the King and Queen to South Africa.” 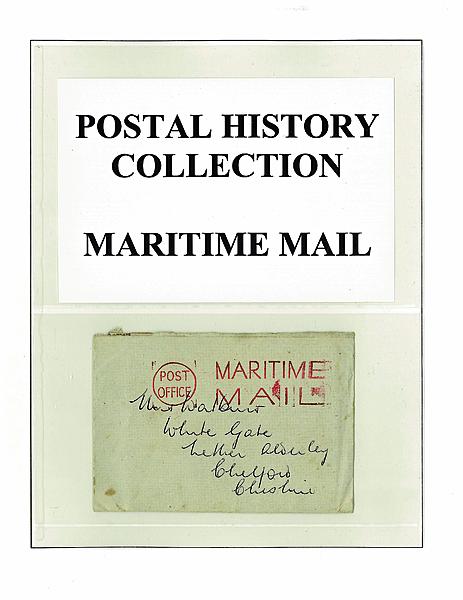 Figure 2. The envelope with the original letter still inside is now a frontispiece in the author’s maritime covers album. 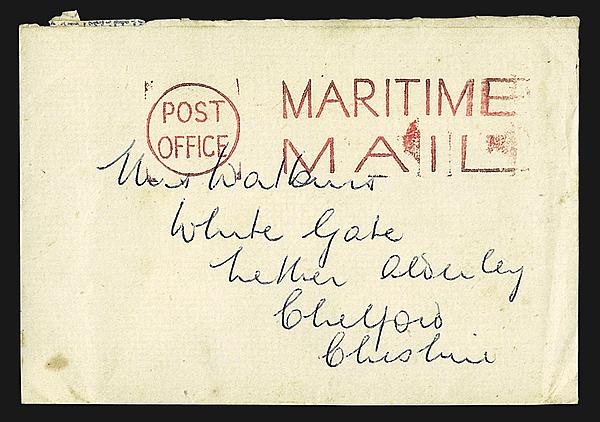 Figure 1. The red maritime cancellation persuaded the author to purchase this maritime mail cover, which came with a surprisingly interesting letter.

The Internet is an amazing tool for making postal history items come alive. Take the cover shown in Figure 1, for example.

This envelope, offered on a popular Internet sales site, was very attractive to me.

Second, I am mounting and annotating my accumulation of ship letters and trans-Atlantic steamer covers, and I wanted it for the opening page, a frontispiece, in my album of maritime covers, shown in Figure 2.

Third, but not critical, it only cost me $5. No other bidder expressed interest in acquiring it.

When the cover arrived, I was surprised to find the original letter still inside. The seller had not mentioned the letter in the item’s description, so it was an unexpected bonus.

I love reading old mail that mentions historically verifiable events. It creates a living, personal connection between me and the past.

The Wikipedia entry for the aircraft carrier HMS Implacable gave this account: “ … On 1 February 1947, she joined the other ships of Home Fleet as they rendezvoused with the battleship Vanguard, which was serving as the royal yacht to escort King George VI as he set out for the first royal tour of South Africa. Implacable hosted the king and his family on 7 February, staging a small air show for them after which the queen addressed the crew …”

Peter likely was at the rendezvous and saw the king and the air show and heard the queen address the naval personnel.

Many sites on the Internet assist in genealogical research. Some are specific to the United Kingdom.

It cost me about $30 in membership fees and incalculable search attempts to confirm that sailor Peter’s family name was Watkins.

Because Peter did not cross internal letters “t” when writing, I thought other possibilities were Walburs, Walkins or Walbuis.

However, when one of my searches surfaced the marriage record of Peter W. Watkins of Macclesfield, the district in which Chelford is located, I knew I had the right person.

In 1955, Peter Watkins married a woman whose last name was Cropper. He would probably have been around 28 years old and likely out of the navy, living back in the area to which he had addressed his letter to his family.

Peter continued his letter home from Implacable with another less significant historical reference, but one I found of interest.

“There is a new production opening in London soon,” he wrote, “called a Bullet in the Ballet. The plot is from a detective story of that name.”

He wrote: “I seem to remember it was rather amusing. Massine and Baranova are dancing in the Ballet scenes which I believe includes a complete performance of Petrushka. It seems absurd that Massine and Baranova should be in a production of this kind, I suspect the demoralising influence of American films, but I must see them.”

To the Internet I went again, entering a search for Bullet in the Ballet, which I had never heard of before the reference in my newly acquired postal history item.

I was soon reading what actor and writer Simon Callow wrote about A Bullet in the Ballet in a Wall Street Journal opinion piece about novels of the theater: “One of the great comic thrillers, this is a wicked sendup of the post-Diaghilev Ballet Russe de Monte Carlo. Vladimir Stroganoff is the director of the Ballets Stroganoff; the rivalries, in love and art, of leading dancers in the company end up — literally — in a dance of death during a performance of Stravinsky’s ‘Petroushka’ … ”

I followed up that Internet find by searching Massine and learned quickly that Leonide Massine was a popular ballet dancer and choreographer. “Baranova” that Peter referred to was Irina Baranova, a well-known ballerina in the 1940s.

After I familiarized myself with two premier ballet dancers and Stravinsky’s Petrushka, I remembered YouTube.

At YouTube.com you can search for film clips of operas and dance performances. I discovered several films of productions of Petrushka and many clips and interviews with Massine and one with Baranova. I watched several of them.

Peter continued in his letter to his family: “But I must see them. Therefore providing the thing is running and I can book a ticket I shall go up to London at the beginning of my Christmas leave. I am prevented from completing my plans more perfectly at present by my ignorance of the theatre at which the thing will be presented.”

A reference to British naval history naming two ships, Implacable and Vanguard, a mention of an historic trip by the king and queen to South Africa after World War II, and chatter about a popular theater production in London were all contained in one short letter from a British sailor to his family at home.

Unfortunately, the one fact that research on the Internet cannot answer is whether Peter ever got to see the two famous ballet dancers perform in A Bullet in the Ballet when he got home on leave.