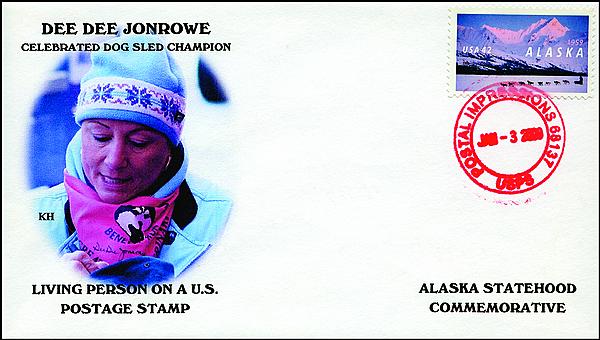 Figure 4. Kerry Heffner produced this cover for the 2009 Alaska Statehood stamp, which pictures musher DeeDee Jonrowe in the foreground with her dog team. 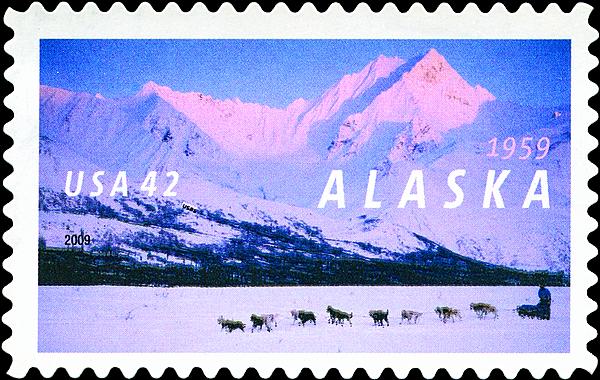 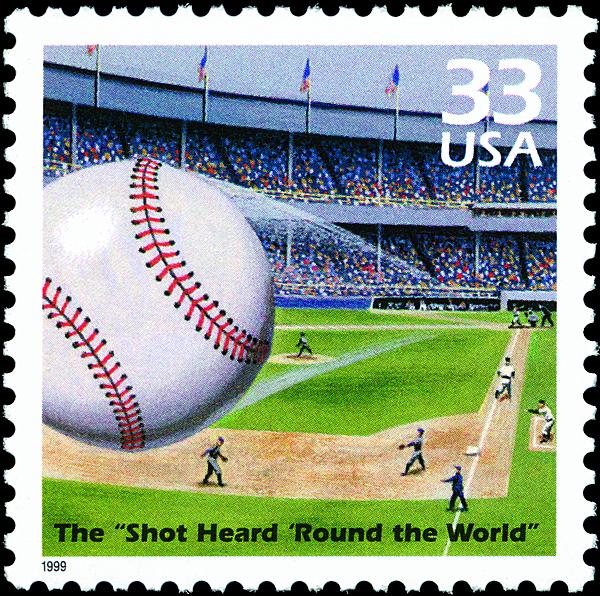 Figure 2. “The shot heard ’round the world,” Bobby Thomson’s 1951 home run that beat the Brooklyn Dodgers in the National League playoffs, was commemorated on this 33¢ stamp. Of the players and umpires on the field that day, Thomson and three others were still living when the stamp was issued in 1999. 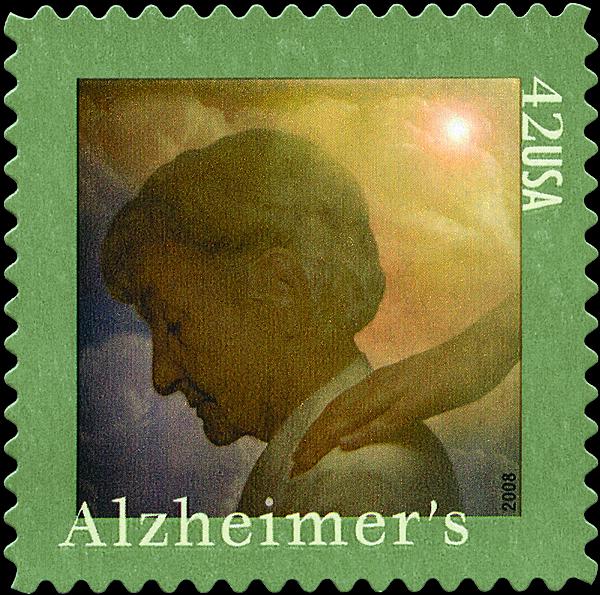 Figure 1. A painting of the designer’s aunt served as the model for the Alzheimer’s sufferer shown on this 2008 stamp promoting awareness of the disease.

An 1866 statute still on the books prohibits the placing of a portrait of a living person on “United States currency and securities.” For a very long time, the U.S. Post Office Department properly interpreted that as applying to stamps.

In more recent times, U.S. Postal Service authorities modified the interpretation to suggest that living people could be shown as long as they were not being honored. Then, the postmaster general announced a couple of years ago that in his view the statute does not apply to stamps at all, and the field was clear to put living people on U.S. stamps in any way the Postal Service sees fit.

Some members of the U.S. Congress were not thrilled with the concept, and members of the U.S. Postal Service’s board of governors also suggested that this would not be a great idea. Thus, despite the postmaster general’s public stand, to date, no U.S. stamps have been issued specifically and intentionally honoring living people.

But over the years, most recently with the Harry Potter commemoratives of 2013, living people have been shown on U.S. stamps more than 75 times. This can be explicit, as with the 1945 3¢ stamp commemorating the raising of the American flag on Iwo Jima (Scott 929), or the characters from the Star Wars film series on the pane of 41¢ stamps issued in 2007 (4143).

Or it can be subtle, as with the many stamps that have used living people as models for figures on stamps.

Over the 35 years I have been writing on this subject for Linn’s, I have covered most of the instances of living people on U.S. stamps, and I have developed a list of them that is available to readers. Look for my address at the end of this column to learn how to obtain the list.

In this column, I discuss three modern stamps recently added to this list.

With the Oct. 17, 2008, 42¢ Alzheimer’s Awareness stamp (Scott 4358) in Figure 1, multimedia artist Matt Mahurin is quoted as saying that he set out to portray “a balance between the kindness of caregivers and the sadness of the disease.”

His painting of a sufferer facing the darkness of memory loss was done from a digital photograph that featured a likeness of his then 83-year-old aunt, Estelle von Alt, who does not have Alzheimer’s. The hand on her shoulder is modeled after that of his wife, Lisa Desimini.

It is one of the most effective designs of the modern era.

Bobby Thomson and OTHERS

In 1999, a 33¢ stamp was issued to recognize “The shot heard ’round the world,” Bobby Thomson’s home run in the ninth inning of the third and deciding game of the 1951 National League playoff series. The series was made necessary because the New York Giants and Brooklyn Dodgers were tied for first place at the end of the regular season. The home run, off Brooklyn pitcher Ralph Branca, sent the Giants to the World Series, which they lost to the New York Yankees.

The stamp (Scott 3187c) in Figure 2 shows the baseball diamond from the perspective of the left field stands, so in the stamp design, Thompson is in the batter’s box at home plate, slightly larger than the head of a pin. He was, however, very much alive at the time the stamp was issued in the 1950s set of the Celebrate the Century series.

Of these, Reese, Branca and Hartung were also still alive when the stamp was issued.

While on the subject of tiny living figures, I must mention the 2009 42¢ Alaska Statehood stamp (Scott 4374), shown in Figure 3, which marked the state’s 50th anniversary. The design is dominated by the landscape, but it comes alive because an anonymous musher and dog team are shown on the snow toward the bottom. At least the USPS thought the musher was anonymous.

It turned out that this feature of the stamp was based on a photograph by Jeff Schultz, who later identified the musher as DeeDee Jonrowe, the foremost female dog musher competing in the world today. She has both the fastest time of any woman in the history of the Iditarod and 13 top 10 finishes in her career. She has been racing in Iditarods since 1980. Her second place finish in 1998 was the fifth fastest Iditarod time ever.

Figure 4 shows a cover by Kerry Heffner of Nebraska, who pictures Jonrowe in his cachet artwork.

Readers who would like a copy of my list of living people on U.S. stamps can obtain it by sending a No. 10 stamped, addressed envelope and 25¢ in mint postage to John Hotchner, Box 1125, Falls Church, VA 22041.