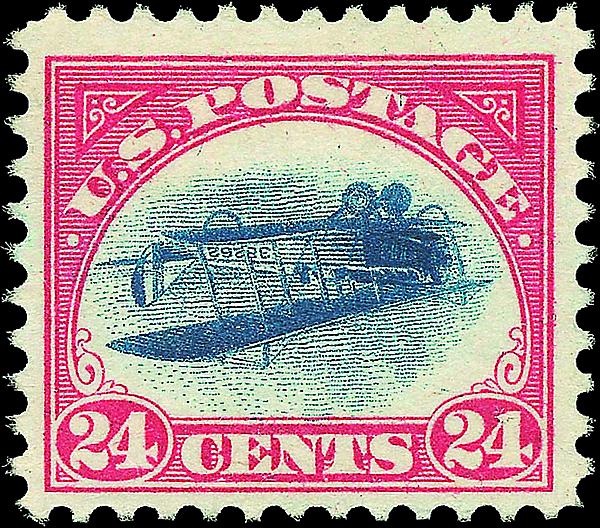 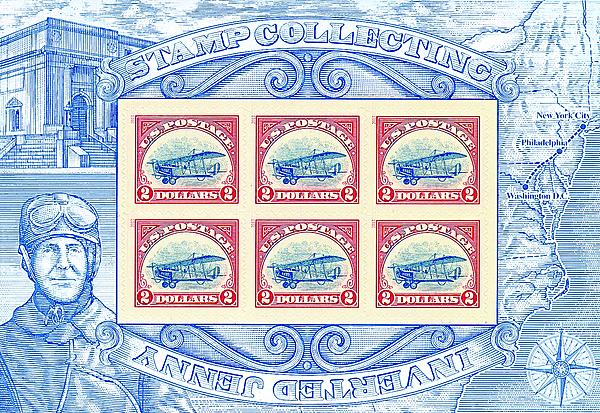 This upright variety of the United States $2 Jenny Invert pane sold for $51,750 (with added buyers premium) at a June 26 Robert A. Siegel Auction Galleries sale.

Two very different versions of the famous United States Jenny Invert error were successfully auctioned within minutes of each other during the June 26 Rarities of the World sale by Robert A. Siegel Auction Galleries in New York City.

Multiple bidders vied for a full pane of six of the upright variety of the $2 Jenny Invert self-adhesive stamp.

The pane was issued by the U.S. Postal Service in 2013 as a tribute to the famous 1918 airmail error stamp, but the upright variety, unlike the normal issue, shows the plane flying right-side up.

Siegel president Scott R. Trepel, who was calling the sale, explained that the pane of six was the first pane of the upright variety to be offered at auction.

The successful buyer will pay $51,750 when the 15 percent buyer’s premium assessed by Siegel is added to the final bid.

The pane sold in the auction was the 18th and most recent find in Linn’s census of the intentionally created variety by the Postal Service.

To date, the count of panes reported found remains at 18 out of the 100 produced and randomly distributed in blind packaging by the Postal Service.

The pane that sold was purchased in a post office earlier this year by David and Gail Robinson of Virginia.

“Scott Trepel, president of Robert A. Siegel Auctions, could not have worked harder to help us publicly tell our story of the sheet’s discovery and our love for stamp collecting as he brought the sheet to auction to get us fair market value for the sheet in the 2014 Rarities of the World Auction,” Robinson told Linn’s after the auction closed.

“Gail and I loved sharing our love for each other and the hobby with other collectors and are happy that the ‘David & Gail Robinson Virginia Non-Inverted Jenny Souvenir Sheet’ — the 11th certified by the USPS and 18th overall — found a home with someone that appreciates its value.

“We wish others in their own search the same love and luck that we have in our life and had in our search.”

The lightly hinged stamp was encapsulated by Professional Stamp Experts, which graded it as fine-very fine 75. It was listed in the Siegel catalog with a presale estimate of $450,000.

The stamp was the fourth example of the 24¢ Jenny Invert to be auctioned by four different firms in the span of 45 days, a notable flurry of sales involving the famous classic rarity.

The sequence of sales began with a May 12-13 auction by Harvey Bennett, followed by the sale of the so-called “Locket Copy” by H.R. Harmer on May 15, and an additional offering by Spink USA on May 21.