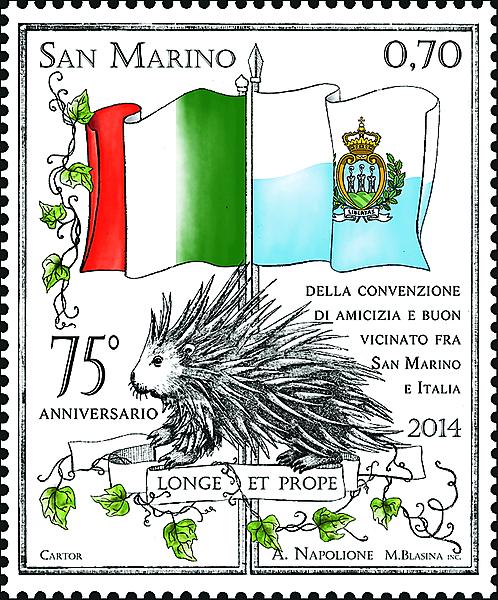 Figure 3. San Marino’s stamp in the June 5 joint issue with Italy marking the 75th anniversary of the Convention of Friendship and Good Neighbourhood shows a porcupine. 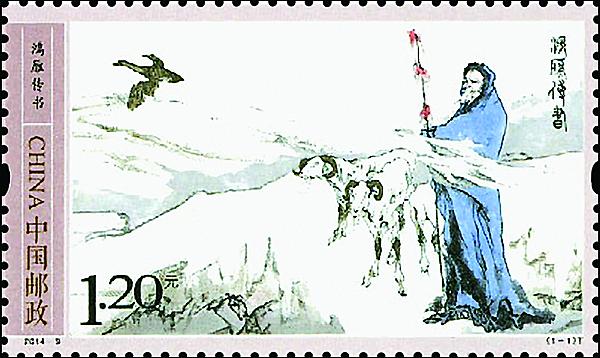 Figure 2. The Chinese stamp in the joint issue with Taiwan shows Su Wu in exile as a shepherd in Siberia sending a message by goose. 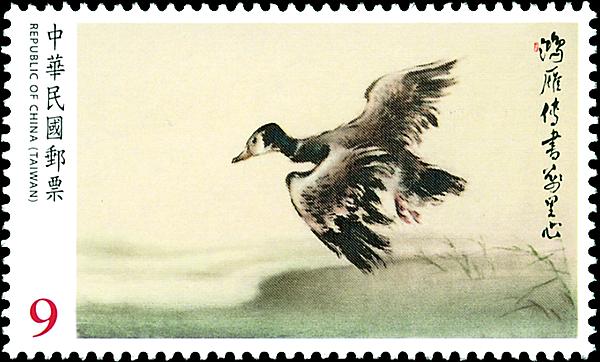 Figure 1. Taiwan and China issued stamps in May to promote collaboration in delivering mail across the Taiwan Strait. The stamp from Taiwan, released on May 9, shows a messenger goose in flight.

Taiwan and China issued stamps in early May “to strengthen collaboration between the cross-strait post services,” according to the new-issue announcement from Taiwan’s Chunghwa Post.

The stamp designs are not the same, but both feature a goose in flight.

Figure 1 shows the NT$9 stamp issued May 9 by Taiwan. A goose flying over a barren landscape is pictured.

The stamp from China is shown in Figure 2. China issued this 1.20-yuan stamp May 10.

The goose can be seen at upper left in the stamp’s design. On the right half of the design is a man in a blue robe tending two sheep.

The man is Su Wu, a Han dynasty palace official who was sent on a diplomatic mission to the Xiongnu, or Hun, north of China around B.C. 100. He was detained by the Xiongnu and forced to live in exile as a shepherd near present-day Lake Baikal in Siberia for 19 years.

A wild goose used as a messenger figured prominently in stories that developed around Su Wu’s exile and return to China, and from these stories came the Chinese idiom, “A wild goose delivers a message.”

Chunghwa Post said, “Soaring high above the vast land and the river that runs through it, the swan goose of lore carries a message across the water — much as the two postal services work together to seamlessly deliver mail across the Taiwan Strait.”

This is the first joint issue between the two postal administrations.

According to the Joint Stamp Issues Society, www.jointstampissues.net, it is a parallel issue, which is a joint issue with the stamps issued on or close to the same day and having different designs.

Au Ho-nien created the illustration for Taiwan’s stamp, Delta Design designed it, and Huaung Lian Cai engraved it. The illustration of the Chinese stamp is by Fan Zeng.

Both stamps were printed by a combination of intaglio and offset in sheets of 16. Taiwan’s Central Engraving Printing Plant printed the Taiwanese stamp, and the Beijing Postage Stamp Printing Works printied the Chinese stamp.

A porcupine is featured on a joint issue between Italy and San Marino commemorating the 75th anniversary of the Convention of Friendship and Good Neighbourhood, which was adopted March 31, 1939, in Rome.

The two stamps reportedly bear the same design, but Linn’s has only seen the design for the €0.70 San Marino stamp shown in Figure 3. It was issued June 5.

San Marino’s State Philatelic and Numismatic Department reports that the porcupine is an emblem of peace and friendship.

The design also includes the flags of both countries, ivy and the Latin phrase “longe et prope,” which means that the heart of a true friend is always with you whether near or far.

Antonella Napolione designed the stamp, and Michela Blasina engraved it. Cartor Security Printing printed this commemorative by offset in sheets of 12.