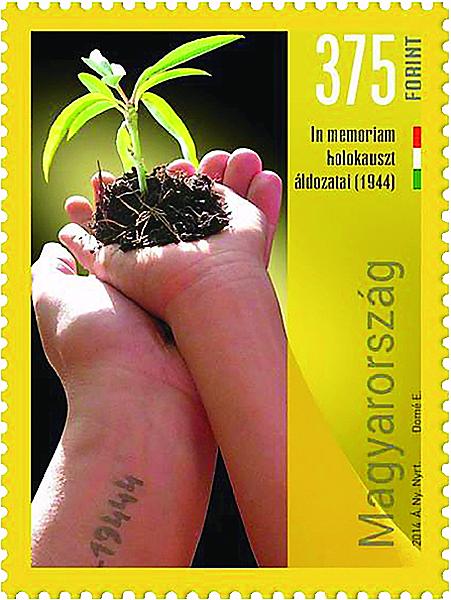 Figure 4. Hungary issued this 375-forint stamp April 28 in remembrance of victims of the Holocaust. 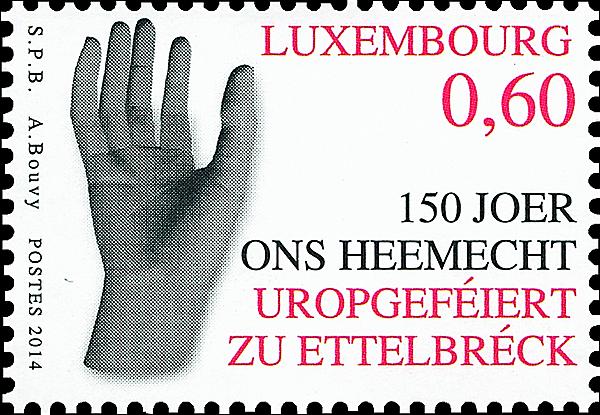 Figure 3. A hand is featured on a Patriotic series stamp from Luxembourg marking the 150th anniversary of the first public recital of the poem that would later become its national anthem. 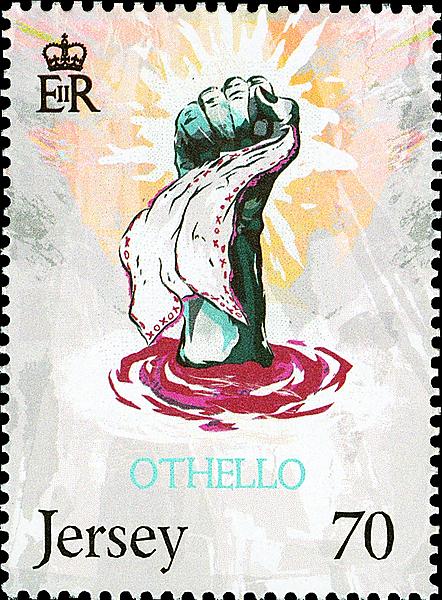 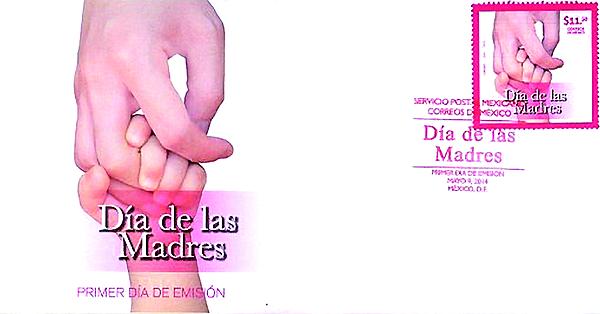 Figure 1. Hands illustrate the love between a mother and child on this Mother’s Day stamp and first-day cover from Mexico.

On several new stamp designs, hands symbolize various subjects from a mother’s love to a William Shakespeare tragedy to patriotism.

Figure 1 shows a first-day cover for the Mother’s Day stamp issued May 9 by Mexico. In Mexico, Mother’s Day is celebrated each year on May 10.

The 11.50-peso stamp and the cachet on the FDC reproduce the same photograph of a mother holding her child’s hand. According to the Mexican postal service, Correos de Mexico, the design represents the unbreakable bond of love and support between the mother and child.

Hector Tenorio Gasca designed the stamp. The state printing office, Talleres de Impresion de Estampillas y Valores, printed it by offset in sheets of 20. A total of 150,000 stamps were printed.

In a similar vein, held hands are used to illustrate different types of family bonds on four stamps from Hong Kong honoring May 15 as the International Day of Families.

The news release from the stamps division of Hong Kong Post said: “Using a hand motif and featuring different images of hands, this set of four stamps presents the core values of a family: filial piety, love, harmony and care.”

Pui-kay Mou and Pak-keung Leung designed the stamps. Joh. Enschede of the Netherlands printed them by offset in sheets of 25. A souvenir sheet includes the four stamps se-tenant (side-by-side).

Jersey issued six stamps and a souvenir sheet April 23 to mark the 450th anniversary of the birth of William Shakespeare.

The poet and playwright is pictured on the £3 stamp in the souvenir sheet.

The other designs feature an item representing one of Shakespeare’s plays.

On the 70-penny stamp, a hand holds Desdemona’s handkerchief from Othello. Figure 2 shows the stamp.

This handkerchief plays a vital role in the tragedy, leading to the deaths of Desdemona, Othello and others.

The other stamps in the set show a dagger for Romeo and Juliet, 46p; a skull wearing a crown for Hamlet, 56p; a chesspiece for Macbeth, 62p; a guitar for Twelfth Night, 82p; and a butterfly for A Midsummer Night’s Dream, 91p.

Melanie Gouzinis, Jersey Post’s philatelic product manager, said of the stamp designs: “We commissioned artist Chris Ede, a newcomer to Jersey stamp design, to interpret some of Shakespeare’s most famous works and the results are dramatic and striking. Chris’s style of hand-drawn, multi-textures of pen and ink with the subtle addition of colour creates moods of tragedy, murder, lust and corruption for which Shakespeare’s plays are so well known.”

BDT International printed the stamps by offset in panes of 10.

Luxembourg Post issued two €0.60 stamps May 8 in what it calls a Patriotic series.

A stamp featuring a symbolic lion commemorates the 175th anniversary of the independence of the Grand Duchy of Luxembourg.

The other stamp, which is shown in Figure 3, marks the 150th anniversary of the public recital of the Hemecht (Our Heartland), a poem written by Michel Lentz in 1859 and set to music by Jean-Baptiste Zinnen in 1865. In 1895, it was declared Luxembourg’s national anthem.

Although Luxembourg Post does not mention the significance of the hand pictured on the stamp, it probably represents the following lyrics from the anthem: “O Thou above, Whose powerful hand/Leads the nations through the world,/Protect the Luxembourg land/From foreign yoke and threat … ”

The Algerian stamp was issued April 4, the International Day for Mine Awareness and Assistance in Mine Action.

A drawing of a hand holding a seedling is illustrated in the foreground of this 15-dinar stamp. Shown in the background are mountains and two scenes of land mine detection.

A. Moussi designed the stamp. The Bank of Algeria printer produced it by offset in sheets of 25.

According to various sources, more than 1 million land mines might remain in Algeria from World War II and from the 1954 to 1962 war with France.

Figure 4 shows this stamp. Designed by Eszter Dome, it features a photograph of two hands holding a seedling. A prisoner identification number is tattooed on one arm.

In its new-issue announcement, Hungary’s Magyar Posta said that the design conveys the message of renewal and rebirth.

The website of the Hungarian Jewish relief organization, National Committee for Attending Deportees, said of the Holocaust in Hungary: “Two-thirds of Hungarian Jewry was destroyed between 1941 and 1945. More than half a million people fell victim to the labour service, the deportations organised by German Nazis and their Hungarian henchmen, the brutality of the Hungarian authorities, the death marches, the gassings in Auschwitz, the mass executions, and the terrible circumstances of the concentration camps. …”

“Every tenth victim of the Holocaust and every third victim of Auschwitz-Birkenau, the largest Nazi extermination camp, were Hungarian.”

In a three-month period in 1944, May through July, after Germany occupied Hungary, an estimated 440,000 Jews were deported from Hungary, most of them to Auschwitz-Birkenau.