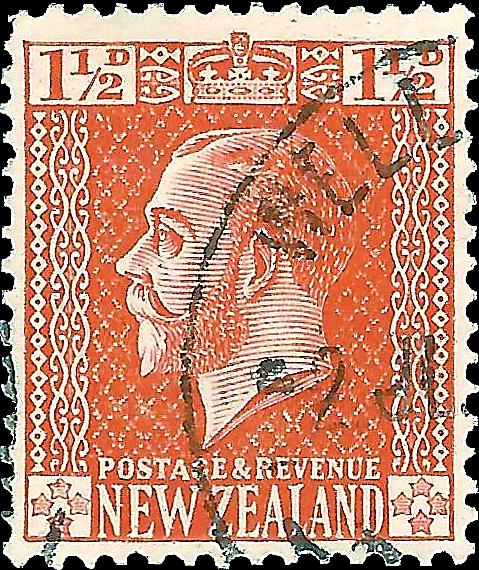 Figure 5. The final 1½-penny stamp in the series is easy to identify because it is brown-orange. 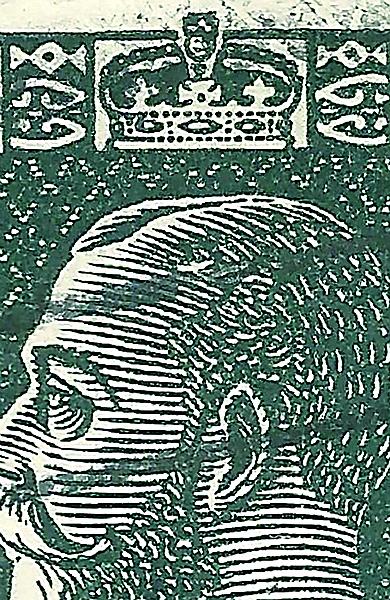 Figure 4. The face and crown on Scott 161, with horizontal shading across the face and improved definition of the crown. 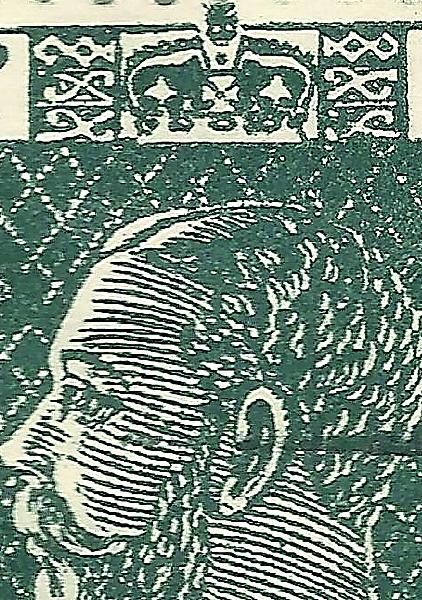 Figure 3. The face and crown on New Zealand Scott 160 has diagonal shading across the king’s face and a poorly defined crown base. 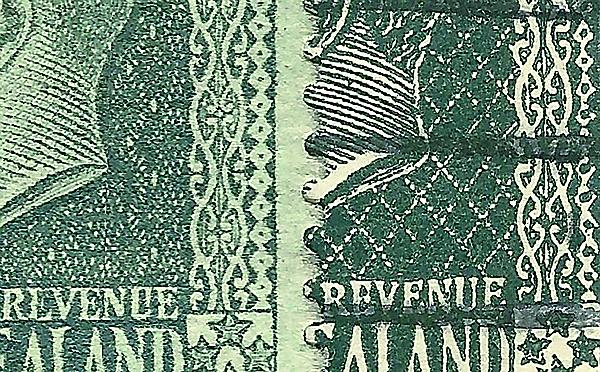 Figure 2. The bottom right corners of Scott 145 and 160 (the top and center stamps in Figure 1) show the lacy background of the engraved stamp (145) and the typographed stamp (160). Differences in the corner stars also can be detected.

Stamp collecting can be simple or complicated, depending on how deeply engrossed the individual collector wishes to become.

A case in point is what, at first glance, appears to be a fairly ordinary set of definitive stamps issued by New Zealand beginning in 1915.

The stamps feature a profile portrait of King George V. You might notice these stamps bear a striking resemblance to Great Britain’s (and the world’s) first stamp, the 1840 Penny Black, which was the intent of the designer.

Counting all of the colors and denominations, there are 21 different stamps in the 1915-22 New Zealand set that can be acquired one at a time or all at once.

Mint or used, they are easily available. Mount them in your album and enjoy the filled-up spaces.

Whew. That was easy!

But it gets more complicated if you consider the many captions, footnotes and varieties in the listings of your Scott Standard Postage Stamp Catalogue. You will find perforations that gauge 14 by 15, 14 by 14½, 14 by 13½, and plain old 14. Plus, you will learn that some of these issues are known imperforate.

If you really enjoy complexities, there are paper varieties, retouches, re-entries, gum varieties and more listed in The Campbell Paterson Specialized Catalogue of New Zealand Stamps.

Starting with the acquisition of one of each major variety is a good way to familiarize yourself with the entire series, but then you will see that there are three images of a 1½-penny stamp in the Scott catalog that are nearly identical (Figure 1).

Don’t despair. Working your way through the differences and complexities of the 1½d stamp will teach you a lot about the entire series.

The stamp at left in Figure 1 (Scott 145) is the easiest to identify correctly. It is a lighter gray color and, because it was engraved (also called recess printing), it has crisp detail.

The background of this stamp is exquisitely detailed and gives the appearance of finely defined lace. The stars in the lower corners are also clear and crisp, filled with tiny horizontal lines.

The center stamp in Figure 1 (Scott 160) was printed by typography (surface printing). It is a darker gray, almost black. The background consists of a diamond-shape pattern, and the stars in the lower corners are broken and not uniformly filled.

What about the stamp at right in Figure 1? How is that different from the stamp in the center?

Both stamps were printed by typography. Both are nearly the same gray-black color. Both have similar stars in the lower corners, but the stars on the stamp at right in Figure 1 are slightly better defined.

The real differences between those two stamps lie in the fact that two different printing plates were used.

Scott 160 (the center stamp) was printed with a plate made locally in New Zealand. There are three quick ways to tell Scott 160 from Scott 161.

Figure 3 is a close-up of Scott 160, the center stamp in Figure 1. Take note of the diagonal shading across the face of King George V. Look at the crown above his head. The base of the crown is ill-defined with what appear to be four tiny circles. Finally, look at the boxes on either side of the crown. At the top of those boxes are two side-by-side diamonds.

Now compare Figure 3 with Figure 4 and notice that Figure 4 (Scott 161, the stamp at right in Figure 1) has horizontal shading on the king’s face. The crown has a well-defined base with three ovals, and the boxes on both sides of the crown have just one diamond.

There is one more 1½d stamp in this series, Scott 162 (Figure 5) issued in 1918, but it should not cause a problem because it is brown-orange, not gray or gray-black.

There are other fun things to look for as well, such as sideways watermarks that are known to exist on 2d, 3d and 6d stamps released in 1916. Some stamps are known without watermarks.

It is worth looking for these varieties because specialized New Zealand catalogs list them at significantly higher catalog values than normal stamps.

Spend the time with these New Zealand George V definitive stamps. You will find that checking for watermarks, perforations, shades and other varieties is worth your time.

These are skills that every stamp collector should have, but some never bother to learn. Don’t be one of them.