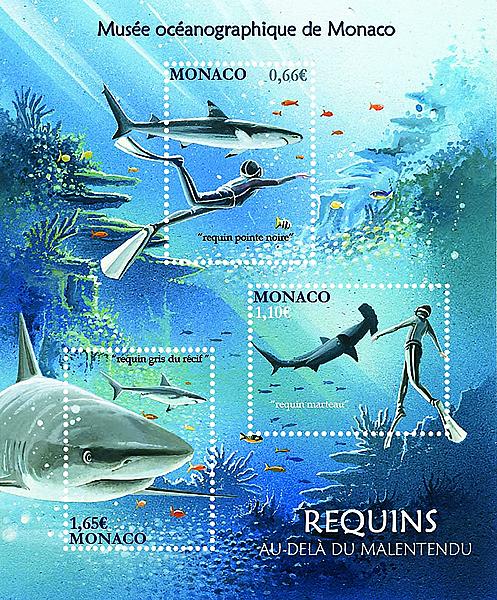 Figure 3. Monaco issued this souvenir sheet of three stamps June 10 to promote a better understanding of sharks and a special shark exhibition at the Oceanographic Museum of Monaco. 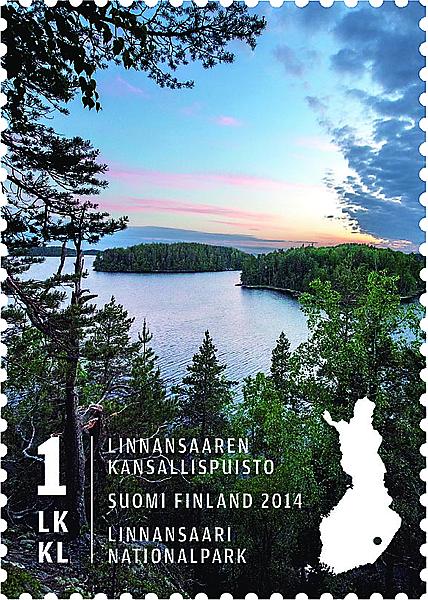 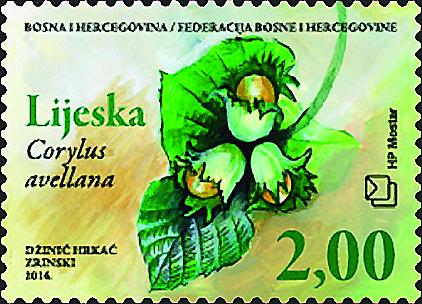 Figure 1. Hazelnuts are featured on a new souvenir sheet in the Myths and Flora series from the Croat administration of Bosnia.

Hazelnuts are featured on a recent stamp from Croatia Post Ltd. Mostar, which issues stamps for the Croat administration of Bosnia.

The 2-mark stamp, issued May 22 in a souvenir sheet of one, is the latest in a Myths and Flora series that began in 2011. Figure 1 shows the souvenir sheet.

The selvage area of the souvenir sheet shows a black-and-white illustration of a woman and a man under a hazel tree.

Hazel is often a motif of southern Slavic love traditions, according to the new-issue announcement from Croatian Post Ltd. Mostar.

The announcement says, “A girl, who wishes to attract a boy, must during the summer time take a hazel branch and hit the boy on the back with it three times. After this, he will not be able to look at another girl.”

The announcement also mentions that hazel traditionally represents the transmission of strength and that pregnant women carry hazel in their bosom and later put it in the water when giving the baby his or her first bath.

Established in 1956, the park is located in the middle of Lake Haukivesi in southeastern Finland. Its general location is indicated by the dot on the map in the lower right corner of the stamp in Figure 2.

The stamp also shows a photograph taken from Linnavuori, a vantage point on the park’s main island. A few of the park’s 130 other islands are visible in the photograph.

Teemu Ollikainen took the photograph and designed the stamp. The “1lk kl” inscription at lower left denotes that this nondenominated stamp pays the first-class rate, currently €1.

Joh. Enschede of the Netherlands printed the stamp by offset in booklets of 10. The printing quantity is 3 million stamps.

The stamp series was a joint project of Finland’s postal administration, Itella Posti Oy; and Metsahallitus Natural Heritage Services, the state enterprise that administers more than 12 million hectares of state-owned land and water areas in Finland.

The first souvenir sheet was issued June 8, 2013, and the second sheet in Figure 3 was just released on June 10.

This hands-on shark exhibition at the Oceanographic Museum of Monaco opened in 2013 and is scheduled to run into 2015.

The museum’s website describes the exhibition as a sensory encounter with sharks.

The website says: “It is through this new visiting experience that the public will be invited to experience a genuine adventure to overcome its prejudices and discover the true nature of these lords of the seas.

“In our imagination, the shark is often only a succession of frightening images, the heavy legacy of Hollywood thriller movies. By offering an exhibition on this theme, the Musee Oceanographique is hoping to overcome that bad reputation. Much less lethal than jellyfish (50), mosquitoes (800,000) or road accidents (1.2 million), sharks kill fewer than 10 persons per year.

“Essential for the health of ecosystems, these great predators are now under threat. Each year, more than 100 million sharks are killed by man. To raise the awareness of the general public about their protection, the Musee Oceanographique has chosen to appeal to emotion.”

Both sheets are inscribed with the name of the museum at the top and “Requins Au-dela du malentendu” in the lower left. This French phrase, which translates to “sharks without misunderstanding,” is also the title of a book by the museum’s director general, Robert Calcagno.

The French Government Printing Office printed the two souvenir sheets by gravure in quantities of 45,000 each. Thierry Mordant designed the new sheet, and the design of the 2013 sheet is based on photographs by Didier Brandelet, Fred Buyle, Pascal Kobeh, Allan Walker and William Winram.