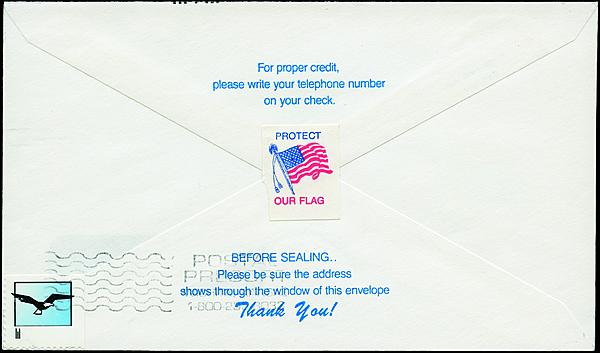 Figure 2. Envelopes with the PPI label affixed to the back were mailed in PPI collection boxes. The firm, Postal Presort Inc., sorted and faced the letters thus received, canceled the label, and took the presorted mail to the post office, where it was 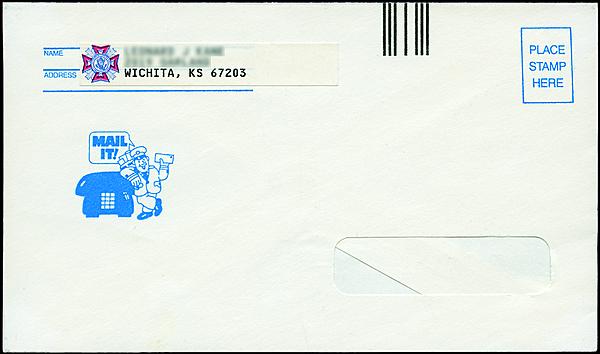 Figure 1. The inside (above) and outsides (below) of a booklet of five PPI labels. When first issued, the labels sold for 23¢ each. They were placed on the back of envelopes being mailed by residential customers.

If the name Bryan Pulliam does not sound familiar, you have probably not come across his private mailing service, Postal Presort Inc. (PPI).

PPI is notable in U.S. philately because it printed labels approved by the U.S. Postal Service for the service they provided. Examples in booklet form are shown in Figure 1. The inside and outside of the booklet are shown at top and bottom.

The mailing service was formed in 1985 in Wichita, Kan., to help companies that were doing large mailings qualify for preferential presort rates. PPI did this by sorting and bundling such mailings by ZIP code before delivering them to the post office for mailing and delivery.

In late 1990, PPI and Pulliam, PPI’s president, decided to extend that service to household mailings. First-class postage was 25¢. First-class mail presorted before delivery to the Postal Service was 21¢.

PPI set out to split the difference with the customers. The idea was that PPI would sell its labels to customers at 23¢, collect the letters with PPI labels, sort and face them, and mail them for 21¢ each.

Users in the Wichita area bought the labels at 23¢ each in booklet or sheet form. One label was to be placed in the lower left corner of the back of each envelope dropped into PPI collection boxes around Wichita.

In exchange for its approval, the Postal Service insisted that the labels not be called “stamps,” and imposed the requirement that they could not be placed on the front of letter mail.

PPI would collect the mail, cancel it as shown in Figure 2, do the facing and sorting, and then take it to the post office for distribution and delivery nationwide.

The date of the first use was Nov. 13, 1990, though some tests had been conducted earlier in the month.

The first-class postage rate went up to 29¢ effective Feb. 3, 1991, while the presort rate increased to 24.8¢. As a result, PPI raised its charge for the labels to 25¢ as a promotional rate trying to broaden the base of users.

The firm also honored labels sold at 23¢ for service under the new rate. This avoided the need for a new label design, and the expense of collecting additional monies from customers with stamps purchased at the previous rate, thus providing a model for today’s forever stamps.

After a few months, PPI raised the label price to 27¢, which again split the discount between the customers and PPI.

My understanding is that the scheme worked but was not a blockbuster business success.

As of 2009, it was still operating, doing business as AmPost — the American Postal Network — and using meters instead of labels as evidence of payment.

The labels are not rare. Friend Joann Lenz, a serious collector, spoke with Pulliam in 2009, and was told that about $6,000 worth of booklets (about 5,200 booklets, or 26,000 labels) were sold to collectors in the early years of the test. Some were used, but booklets show up in auctions every so often.

They certainly make an interesting addition to the story of the development of preferential rates by the USPS, and definitely deserve a place in our albums.