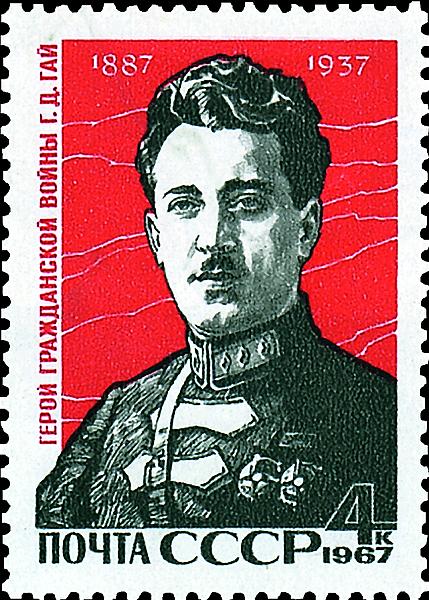 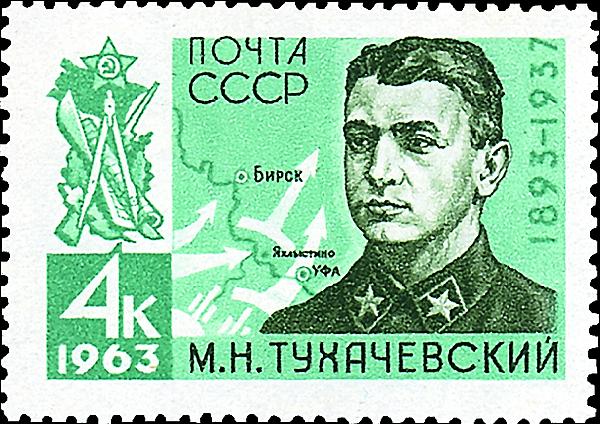 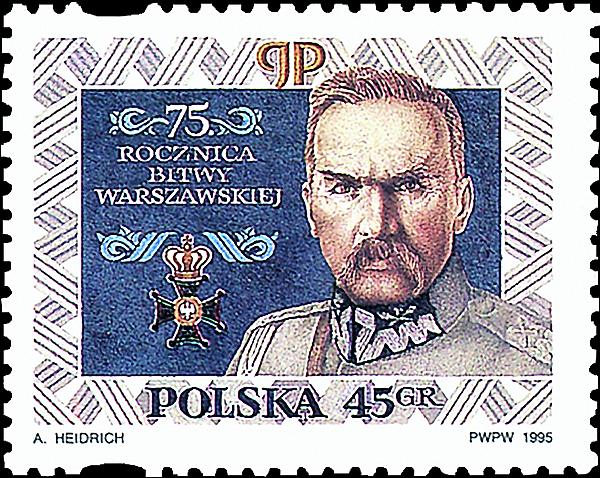 Figure 6. The 1995 45-grosz 75th Anniversary of the Battle of Warsaw stamp issued by Poland. 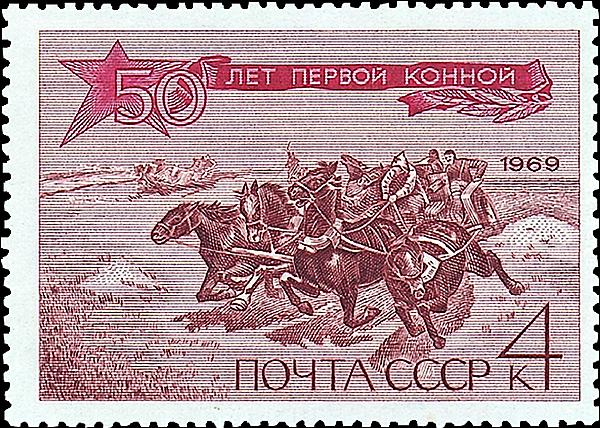 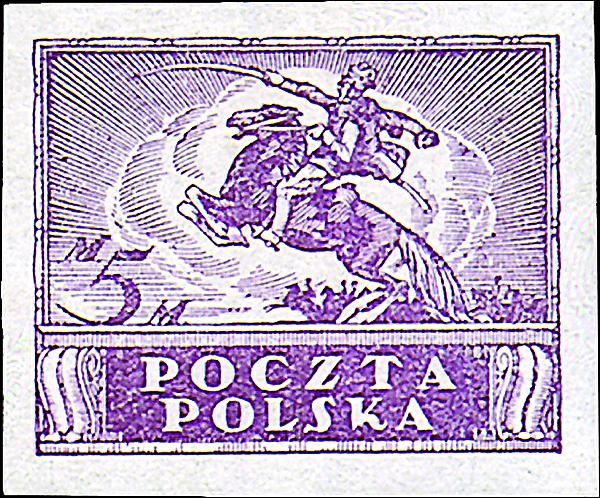 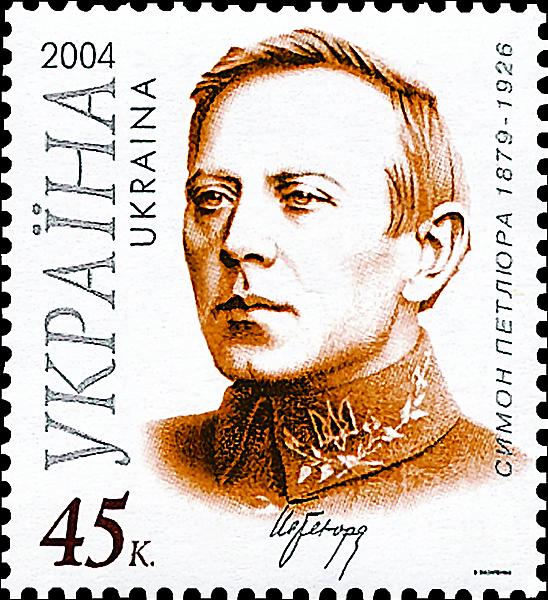 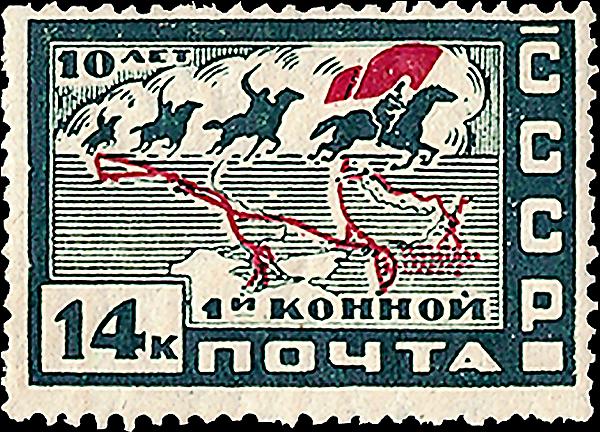 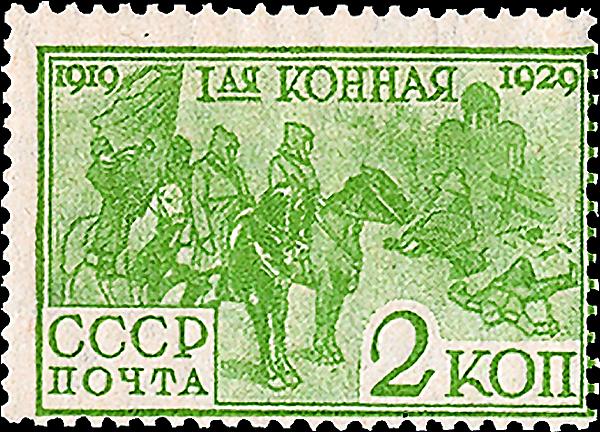 Eastern Europe is again in the headlines. In March, Russian President Vladimir Putin sent forces to invade and annex the Crimean Peninsula from Ukraine.

At this writing in late March, Russian forces remain poised along Ukraine’s eastern border, and all the world wonders how much of Ukraine will be left when Putin is finished.

This is not the first time Russia has threatened the independence of its neighbors. The Romanov Dynasty of Russia forged a huge multinational empire.

In November 1917, the Bolsheviks overthrew the short-lived Russian republic that had succeeded the Romanovs the previous March.

The Bolsheviks, led by V.I. Lenin and Leon Trotsky, fought a civil war lasting until 1922 against the Whites, who were trying to re-establish the monarchy, while simultaneously battling nationalist forces trying to establish their independence in the former outposts of the empire.

Ukraine, Armenia, Azerbaijan and Georgia were all briefly independent before being conquered by the Reds.

Finland, Poland, Estonia, Latvia, and Lithuania managed to establish independent republics in 1918, but not without a fight.

Having conquered Ukraine in 1919, the Red Army invaded Poland in February 1920.

Russian Bolshevik dictator Lenin’s motivation for the invasion was two-fold.

Firstly, he wanted to exert Bolshevik control over all the territory that had previously belonged to the Russian Empire. Secondly, he believed that communism could not survive in one country. A worldwide revolution was necessary.

Under Marxist theory, revolution was most likely to occur in the countries with the most mature capitalist economies.

Lenin believed that communist revolution was about to come to Germany, and he wanted to help it along. The best way to get to Germany was through Poland.

The Russian 14kop Plan of Action for the First Red Cavalry Army stamp (Scott 434), shown in Figure 2, depicts Bolshevik horsemen carrying a red flag superimposed on a map of Europe, symbolizing the spread of communist revolution through armed force.

The Poles launched a highly successful counteroffensive in March 1919. The Bolsheviks were still battling the Whites in the ongoing Russian Civil War, and their attention and forces were temporarily diverted from the Polish and Ukrainian theaters.

The Poles continued to push their lines slowly eastward until April 1920, when they launched a major offensive aimed at restoring Ukrainian independence.

The Poles formed an alliance with Ukrainian nationalist leader Symon Petlura, shown on the 2004 Ukrainian 45-kopiyok stamp (Scott 547) in Figure 3.

By late May, Bolshevik forces had rallied and were again on the attack, driving back the Polish and Ukrainian forces to retake Kiev on June 13.

The Polish invasion aroused Russian nationalism, and many former soldiers and officers who were not communists flocked to the Red Army to fight for Holy Mother Russia against the Poles.

Their armies swollen with new recruits, the Bolsheviks launched an offensive that would carry them to the very gates of Warsaw.

Unlike the trench warfare of World War I, the Russo-Polish War was highly fluid, with territory changing hands rapidly and both sides making extensive use of cavalry, armored cars, armored trains and armored flotillas.

The 5-marka imperforate Polish Cavalryman stamp issued by Poland in 1919 (Scott 92) is shown in Figure 4.

The stamp’s artwork by Mitrofan Grekov depicts the First Red Cavalry in action in Poland.

On July 4, 1919, Russian Gen. (later Marshal) Mikhail Tukachevsky launched the offensive, sending the 3rd Cavalry Corps under Gen. Gai Dmietrievich Gai to attack from the north while he pressed the main part of his army along the Smolensk-Brest-Litovsk line.

In all, five Soviet armies were bearing down on Warsaw.

By Aug. 10, Bolshevik forces had crossed the Vistula River and were within a few miles of the Polish capital.

International observers thought the war was lost and that the Bolsheviks would soon control Poland.

Most foreign diplomatic staffs were evacuated from Warsaw in preparation for its capture by the Bolsheviks.

The Poles, under the command of Marshal Jozef Pilsudski, mustered every force available, including units made up exclusively of women, priests and coal miners. The Polish 45-grosz 75th Anniversary of the Battle of Warsaw stamp (Scott 3253), shown in Figure 6, depicts Marshal Pilsudski.

Although the Russians still had a huge advantage in sheer numbers, their supply lines were overstretched, and coordination between the armies was hampered by personal jealousies and rivalries of the various commanders.

On Aug. 14, the Poles launched a successful counteroffensive that saw the Red armies collapse and melt away back toward Ukraine. The stunning swiftness of the unexpected Polish victory was dubbed, “The Miracle on the Vistula.”

The Poles continued to attack and harry the Bolsheviks all the way back to Ukraine. The Russians sued for peace Sept. 21, 1920. Terms were eventually agreed upon, and an armistice went into effect Oct. 18.

The treaty was formally signed Nov. 2.

Petlura’s Ukrainian nationalists were decisively defeated by the Bolsheviks in November 1920, with the survivors slipping over the border into Poland.

The Poles fought with valiant desperation, but Poland was crushed between the two totalitarian giants.

Marshal Tukachevsky and General Gai, the architects of the Bolshevik drive on Warsaw in 1920, were not around to participate in this attack. Both were executed in Stalin’s Great Purge: Tukachevsky on June 12, 1937, and Gai on Dec. 11, 1937.

After Stalin’s death, both were rehabilitated in 1956, not that it mattered much to them at that point.