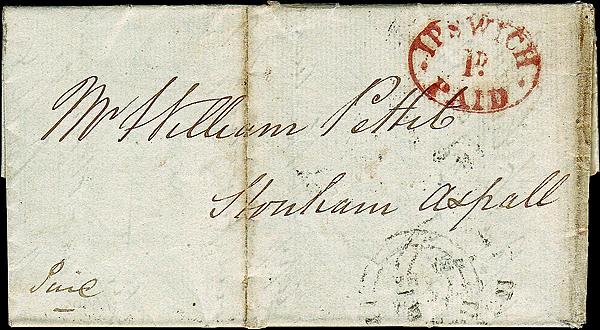 Figure 7. A few uniform penny post handstruck paid markings include the name of the city where they were used. This cover bears an oblong framed penny paid handstamp from Ipswich. 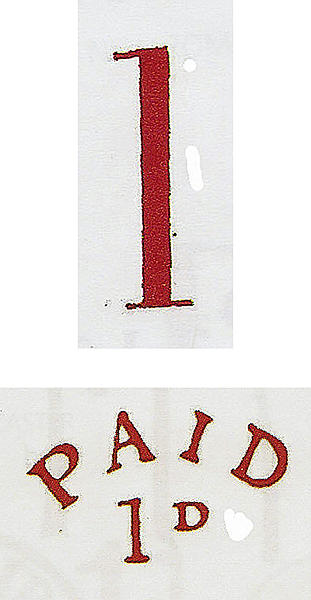 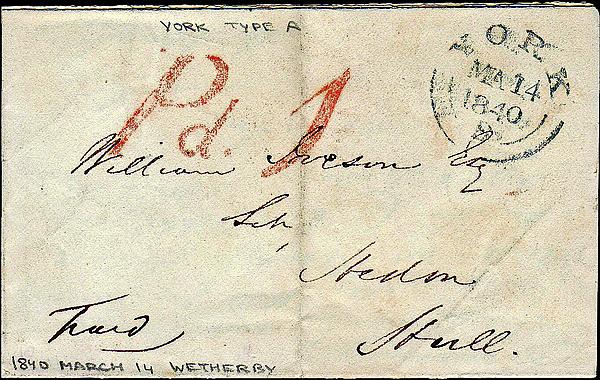 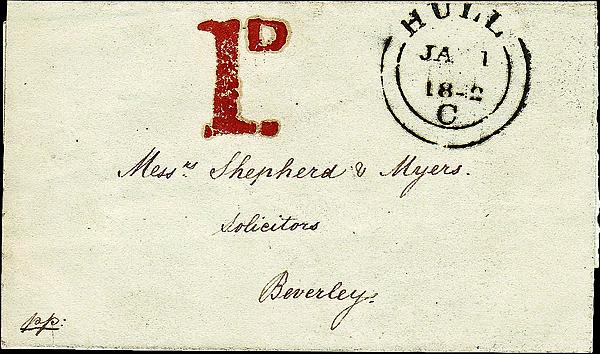 Figure 4. The custom-made handstruck paid marking used at Hull is a striking example of one of more than 400 different handstamps used between 1840 and 1859 in England and Wales.

Figure 3. Great Britain’s Penny Black and Tuppenny Blue adhesive postage stamps were not available until May 1840. 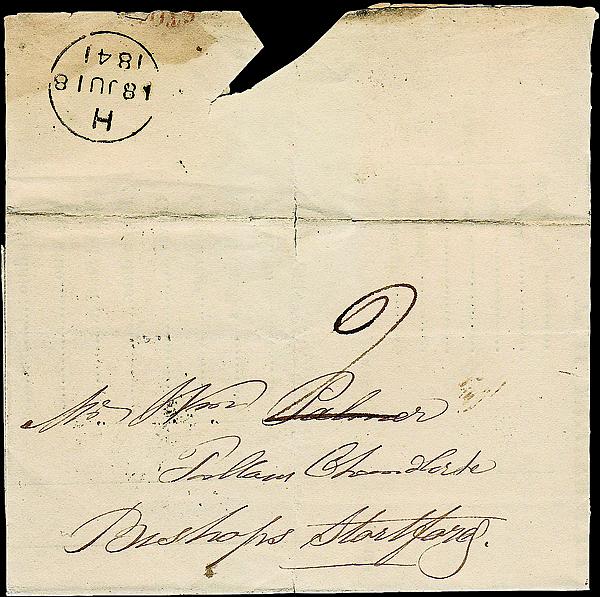 Figure 2. Mailed in June 1841, a year and five months after the start of uniform penny postage in Great Britain, the postal charge for this folded letter was not paid at the time of mailing but was collected at the time of delivery and therefore cost 2 pence. 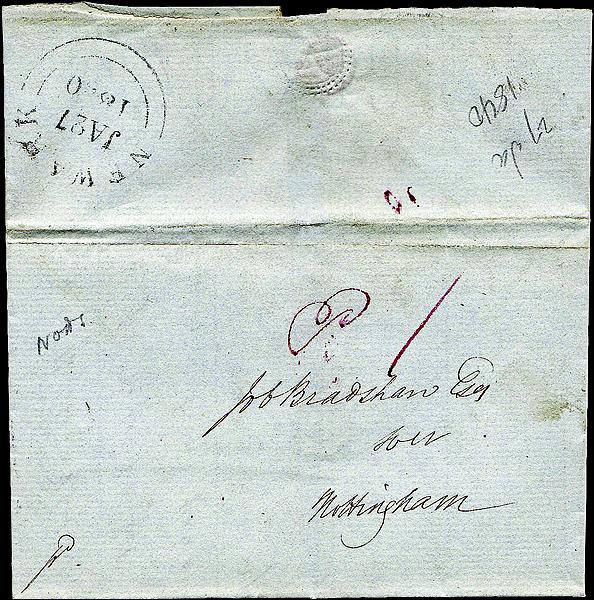 Figure 1. This folded letter dated Jan. 27, 1840, survives from the uniform penny postage era before adhesive postage stamps were available. It is marked “P.1” in red ink, indicating the requisite penny for postage was paid at the time of mailing.

Uniform penny postage began in Great Britain Jan. 10, 1840. The new postal scheme meant that a letter could be sent from any place in the kingdom to any other place, no matter how far, for 1 penny.

Two things were required. First, the letter had to weigh less than ½ ounce, and second, the 1d postage had to be prepaid.

Prepayment of postage was encouraged with financial incentive.

According to the Newark circular datestamp on the back, the folded letter shown in Figure 1 was mailed to Nottingham Jan. 27, 1840, just 17 days after the start of uniform penny postage. The “P.1” manuscript marking in red ink indicates that 1d was paid at the time of mailing.

After the start of uniform penny postage, charges that were prepaid were indicated in red ink. Charges marked in black ink meant they were to be collected from the recipient upon delivery, and the charge would have been indicated with the numeral “2.”

Figure 2 shows a nonprepaid cover. Mailed in June 1841, a year and five months after the start of uniform penny postage, the 1d postage was not paid at the time of posting. Therefore, the number “2” in black ink indicated the postal carrier had to collect 2d at the time of delivery.

The first adhesive postage stamps, which stamp collectors call Penny Blacks and Tuppenny Blues, are shown in Figure 3. They were not available to use on mail until May 6, 1840, almost four months after the start of uniform penny postage.

Until post offices could provide postage stamps as receipts for the payment of postage charges, they marked prepaid items in red ink with some indication that the tariff had been paid. This often was simply a vertical pen stroke denoting the numeral “1.”

To make processing the new high volume of prepaid mail quick and easy, post offices around the country began to have handstamps made.

The cover shown in Figure 4 bears an example of one of the custom-made handstamps.

A large numeral “1” with the “D” abbreviation for denarius or penny in red ink makes a visually stunning marking.

The double arc datestamp in black to the right of the large paid stamp indicates this particular uniform penny postage handstamp was used by the post office in Hull.

Handstamps of the uniform penny postage period were made locally by postmasters, not provided by the post office from central locations in London and Edinburgh. Therefore, these postmarks are individual in design.

An abbreviation for paid, “Pd.,” in italic letters and a large, slightly bowed and serif number “1” shown on the cover in Figure 5 was used by the city of York to indicate the prepayment of the penny postage at the time of mailing on March 14, 1840.

Published in 2013 by the Great Britain Philatelic Society, it is the most recent and definitive research book on handstruck penny paid postage handstamps.

In his book, Walker reproduces more than 300 tracings of the documented penny post 1d paid handstamps and matches them with the towns and cities that used them. Figure 6 shows two examples of differing styles.

Many markings are a simple vertical stroke indicating the number 1, such as the example on the left in Figure 6, which was used at Leeds.

Other styles included the word “PAID” or some abbreviation of it such as “P” or “Pd.” The tracing on the right in Figure 6 was used on mail accepted at the post office in Hastings.

A few handstamps include the name of the place where they were used, such as the handstamp in Figure 7 from Ipswich.

The entire marking is surrounded by an oblong frame.

In addition, ovals, rectangles, squares and even a shield were used as frames.

Handstruck penny paid markings also were used in Scotland and Ireland, but Walker limits his presentation to those of England and Wales.

Sharp, clearly inked impressions are much sought after by collectors. They are collected both as whole covers or as pieces cut from covers.

The use of uniform penny postage handstruck penny paid marks was discontinued around 1859, when the post office made it compulsory that the prepayment of postage on inland mail had to be paid using adhesive postage stamps.