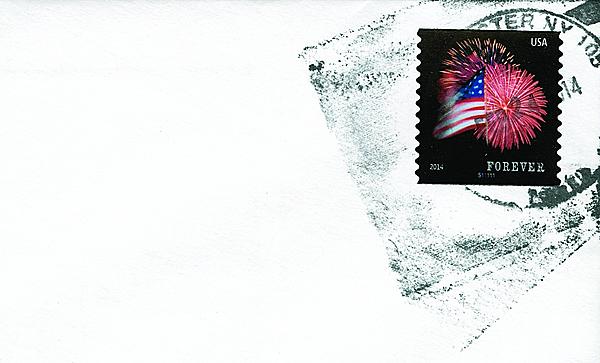 Figure 2. The Sennett Security Products version of the Star-Spangled Banner forever coil stamp, with a March 3 issue date, was used early on this Feb. 24 cover.

Another recent United States stamp was sold early as well.

Two collectors sent examples to Linn’s of these U.S. stamps used on mail before their official issue dates.

The Jimi Hendrix stamp was used on mail five days early. The stamp with its cancellation is shown in Figure 1, digitally cropped from the cover. It has a Cleveland, Ohio, sprayed-on cancellation dated March 8. The Postal Service planned to issue the stamp — and officially reveal its design for the first time — March 13.

The other report was for the Sennett Security Products version of the Star-Spangled Banner forever coil stamp. This variety was officially issued March 3. The early use has a Feb. 24 handcancel at a mail-processing plant in New York state.

The stamp is a plate number single indicating that it is the Sennett coil variety. Other varieties of the Star-Spangled Banner stamp were issued Jan. 28.

Figure 2 shows the Star-Spangled Banner stamp and its early use postmark.

These are the first 2014 U.S. stamps reported to Linn’s as early uses. The number of stamps used early so far this year is significantly fewer compared to this time last year. Likely causes include stamps not being sent to post offices before the issue date.

If you think you have an early use cover, Linn’s editors need to see the actual item to verify that it exists.

Actual covers allow for better reproduction so that the stamp and cancel date can be clearly pictured.