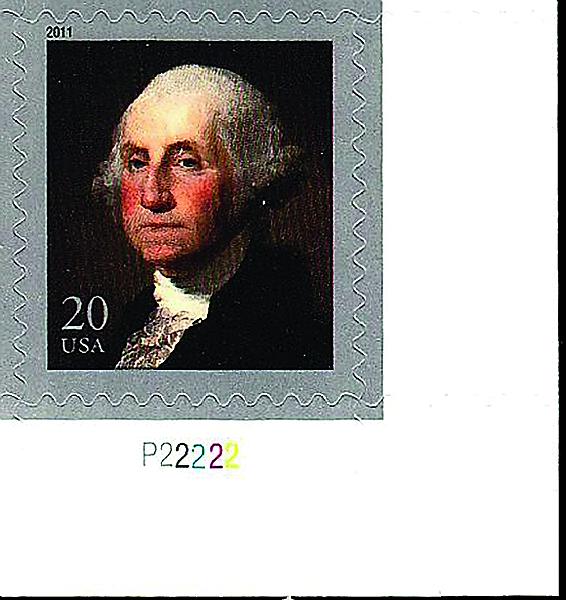 The U.S. Postal Service told Linn’s that the new number was used because of a “new paper supplier” and that there are no other differences.

The USPS also stated that the stamp was sent back to press because of low inventory and to avert a potential out-of-stock situation that developed well before the Jan. 26 rate change.

Collector Gregg Greenwald of Wisconsin made the find at his local post office in early February.

Greenwald e-mailed Linn’s with his discovery and said that the tagging and die cuts on the new plate number variety appear to be the same as on the previous version.

Collectors looking for the variety might find it at local post offices, but it is likely that many locations are now stocking the 21¢ Abraham Lincoln stamp issued Feb. 12 to meet the new additional-ounce rate that took effect Jan. 26.

The 20¢ George Washington stamp is available from USPS Stamp Fulfillment Services in a pane of 20 with plate numbers, but the plate numbers for the issue are not specified. n