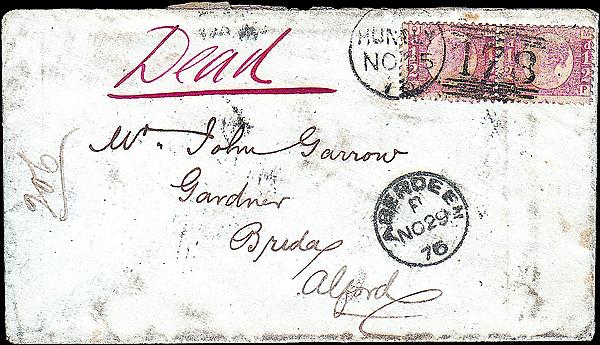 Figure 5. The indication “Dead” meant redirection could not happen. 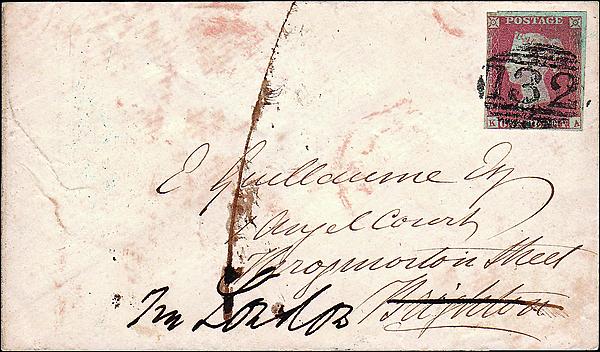 Figure 4. Sometimes the post office charged an additional rate for letters that were forwarded. On this cover, the 1-penny adhesive stamp paid to get the letter to Brighton and, as indicated by the vertical stroke in black ink, the recipient was charge 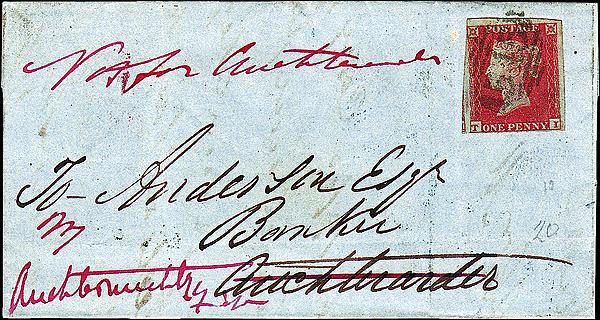 Figure 3. This folded letter mailed in 1852 was addressed to a banker in the Scottish town of Auchterarder. Since the post office could not deliver it to the addressee there, someone suggested trying another Scottish town 25 miles away with a similar n 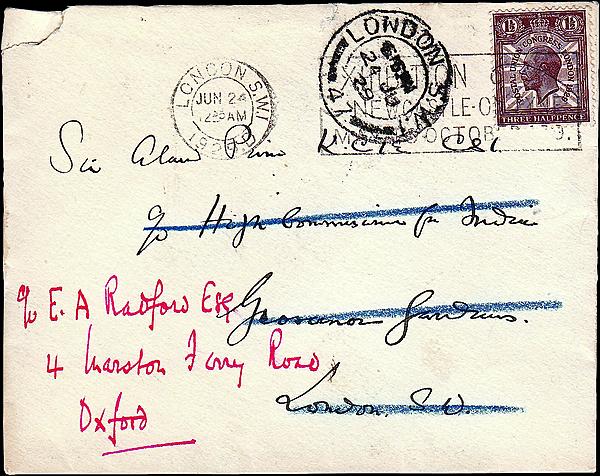 Figure 2. This cover, mailed in 1929, could not be delivered to the intended addressee at the address in London. It was redirected to a different address in Oxford, with the new address written in red ink. 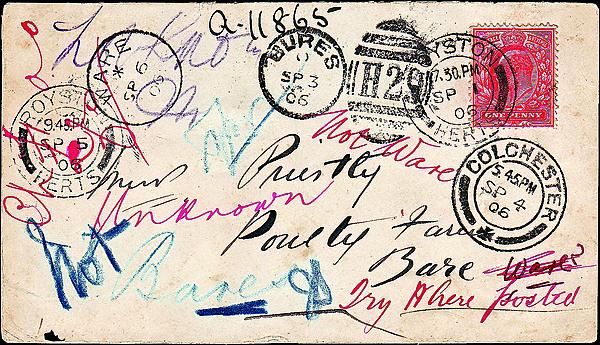 Figure 1. This cover was redirected three times in the post office’s dedicated effort to deliver it to the intended recipient.

Once the post office receives an item for delivery to a specific person at a given address, it dedicates itself to achieve that end. It persists in delivering the letter to alternate places until the intended recipient receives it.

In postal history terms, this is called redirection. In the United States, it also is known as forwarding.

The cover shown in Figure 1 was forwarded three times in September 1906, giving testimony to the post office’s dedication to the adage, “If at first you don’t succeed, try, try again.”

The most obvious is that the original address is crossed out and a new location is suggested.

The 1929 cover shown in Figure 2 has the original London address crossed out with blue crayon and a new location in Oxford written in red ink.

Sometimes, as with this example, the new address is written in a different color ink to distinguish it from the original address.

Instructional markings, often in manuscript, are another characteristic of forwarded mail.

Figure 3 shows a folded letter mailed in 1852 to the wrong town in Scotland. The manuscript notation in red ink on the cover reads “Not for Auchterarder. Try Auchtermuchty.” The two towns are both in Scotland but are about 25 miles apart.

Common instructional markings including “Not known,” “Not here,” “Not for … ” and “Kindly forward” indicate a letter has arrived in a location but cannot be delivered to the addressee there.

At times, the post office in the United Kingdom required an additional charge to try again to deliver a letter to a new and different address.

At other times, the service of redirection was provided with no additional charge.

With the start of Uniform Penny Postage Jan. 10, 1840, postage throughout the United Kingdom became 1 penny if paid at the time of mailing, and, at that time, the post office usually charged another penny to forward mail.

Figure 4 shows an example of an additional charge for redirection.

The letter was originally mailed June 28, 1849, in Brighton to be delivered to an addressee, “E Guillaume,” also in Brighton. A 1d imperforate stamp (Scott 3) paid the original postage.

The letter could not be delivered because “E Guillaume” had apparently gone to London. The original destination, “Brighton,” was struck through, and “Try London” was written on the letter. An additional 1d, indicated by the vertical pen stroke in black ink, was payable when, and if, the addressee was found in London, and the letter was successfully delivered.

The post office abolished the charge for redirection of letters in 1892 and for postcards, newspapers, book post and samples in 1895.

The envelope shown in Figure 2 was forwarded in 1929, 34 years after the abolition of redirection charges, and bears no indication of additional postage. Forwarding had become compliments of the post office.

Postal charges for redirection were applied inconsistently by the post office prior to abolishing additional fees for forwarding.

For example, the folded letter shown in Figure 3 was mailed and redirected before 1892 but was not charged the additional penny for redirection. Sometimes, the extra penny was collected, and sometimes it was not.

There is, of course, one circumstance for which redirection is not possible. The cover shown in Figure 5 gives the reason: “Dead.”