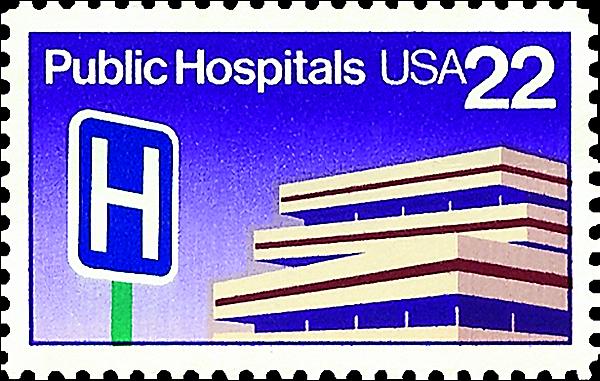 Figure 4. The cartoon caption contest stamp for June is this 1986 22¢ commemorative honoring public hospitals. The rules to enter the contest are described in the accompanying article. Entries must be received at Linn’s by June 23 f 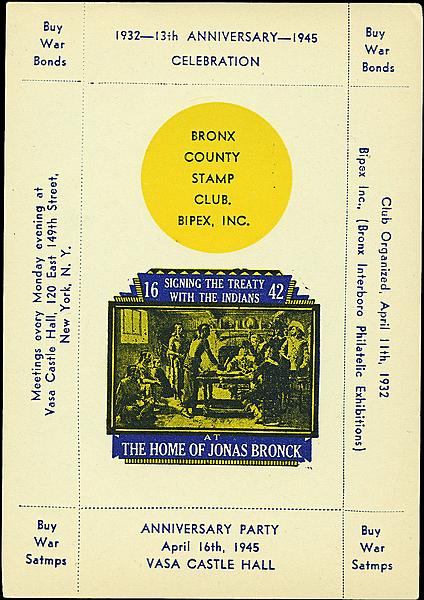 Figure 3. Unnumbered, this sheet is created in the same style as the other Dietz products. It marks the 13th anniversary of the Bronx County, N.Y., stamp club. 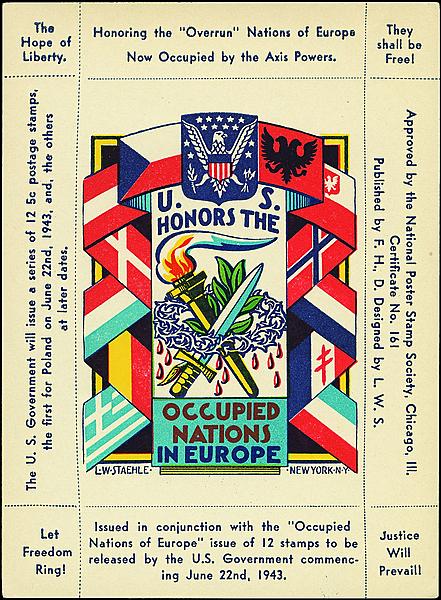 Figure 2. Dietz souvenir sheet No. 161 marks the 1944 release of the U.S. stamps honoring the overrun nations.

Figure 1. No. 96 and No. 172 of the numbered Frederick H. Dietz souvenir sheets in the current census. Only 20 additional examples have been identified.

Dietz is identified on most of these sheets as the publisher of the series.

One of the sheets in the earlier column was marked No. 105, and the other was No. 147. I asked readers if they could help fill in the subjects of the other 145 sheets.

I began a folder with the immediate responses, but none of them were comprehensive, and here it is nearly nine years later, and I still don’t have a complete answer.

But I do have more information. And in the course of what I like to call bourse crawling — visiting dealers’ tables at stamp shows — I have found several more examples.

In between are sheets for statehood anniversaries, war and victory themes, events and anniversaries having to do with transportation, and two that mark the stamps honoring the occupied nations of Europe.

An unnumbered sheet, dated April 16, 1945, marks the 13th anniversary of the organizing of the Bronx County Stamp Club and is shown in Figure 3.

Most of the sheets indicate that they were designed by L.W.S., who is Ludwig Staehle, famous as a designer of cachets for first-day covers. Indeed, some of the sheet designs were also used on covers.

If any Linn’s readers can report additional sheets, I would appreciate notification, along with a scan or photocopy, to me atjmhstamp@verizon.net; or at Box 1125, Falls Church, VA 22041.

The cartoon caption contests usually feature a person to whom witty lines can be attributed, but this month, the speakers might prefer anonymity.

The scene is the hospital depicted on the 1986 22¢ Public Hospitals commemorative shown in Figure 4.

Probably the dominant theme of public policy over the last five years has been the legislation known as the Affordable [Health] Care Act (ACA) which created the controversial system sometimes identified as Obamacare. I don’t propose to get into the merits or problems of it, but what has been put on the public record ranges from deadly serious to laugh-out-loud hilarious.

I would like you to focus on the latter if you wish to address the ACA. But there is a world of other subjects that might be talked about in hospital corridors.

Picture yourself as a patient in the hospital, or one of the medical staff, or as a hospital administrator. And then deliver a thought that relates medicine to stamp collecting, how hospitals are run, illness, politics or whatever else strikes your fancy.

Consider what you might be thinking or feeling about medical science today, and write your line down on a postcard or send me an e-mail.

For each winner, the prize will be the book Linn’s Stamp Identifier, published by Linn’s (a retail value of $12.99), or a 13-week subscription to Linn’s (a new subscription or an extension). To be considered for a prize, entries must reach Linn’s no later than June 23.