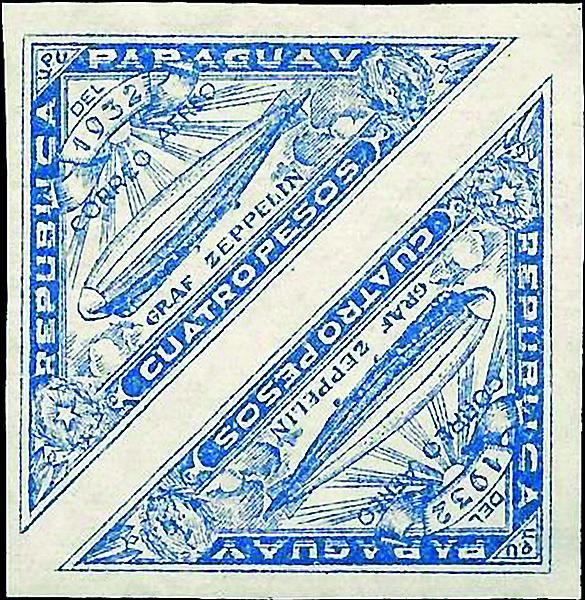 United States — On Jan. 20, 2012, the U.S. Postal Service issued a set of five 85¢ Birds of Prey stamps (Scott 4608-4612). The birds featured are the northern goshawk, the peregrine falcon, the golden eagle, the osprey and the northern harrier.

Despite the fact that these stamps feature an excellent topical subject, they were overlooked by almost everyone. It might have been because they were denominated above the letter rate, and dealers and collectors chose not to spend the extra money for them. They were only on sale for about a year before being withdrawn, and some folks might have been caught napping.

The 2014 Scott Specialized Catalogue of United States Stamps and Covers values the mint se-tenant strip of five (Scott 4612a) at $8.75, or roughly double face value. This is an elusive and difficult strip to find. I recommend buying it if you see it offered at Scott catalog value or less.

Paraguay — Paraguay is a small landlocked nation in central South America. Paraguay has suffered from two devastating wars in its history. From 1864 to 1870, it fought against an alliance of Brazil, Argentina and Uruguay in what remains to this date South America’s bloodiest war. Paraguay was resoundingly defeated, more than half of its population was killed, and it lost extensive territory to Argentina and Brazil. From 1932 to 1935, Paraguay fought the Chaco War against Bolivia. Paraguay’s casualty estimates run from 30,000 to 50,000, but at least Paraguay was the winner this time, securing control of the disputed Chaco region.

Paraguay has had a relatively robust stamp-issuing policy, and many of its issues have been airmail stamps with popular topical subjects.

In the 1930s, Paraguay issued a number of Graf Zeppelin airmail stamps for use on mail carried by that Germany airship, as well as for sale to collectors. Zeppelins were then and remain a popular topical collecting area.

The 1932 4-peso ultramarine Graf Zeppelin airmail stamp exists as an imperforate pair error (Scott C74a). The 2014 Scott Classic Specialized Catalogue of Stamps and Covers 1840-1940 values the imperforate pair in unused hinged condition at just $19. Here is your chance to own a genuine Zeppelin airmail error stamp. I think this error is underpriced in the Scott catalog. If you see it offered at anywhere near the Scott catalog value, snap it up. — H.G.