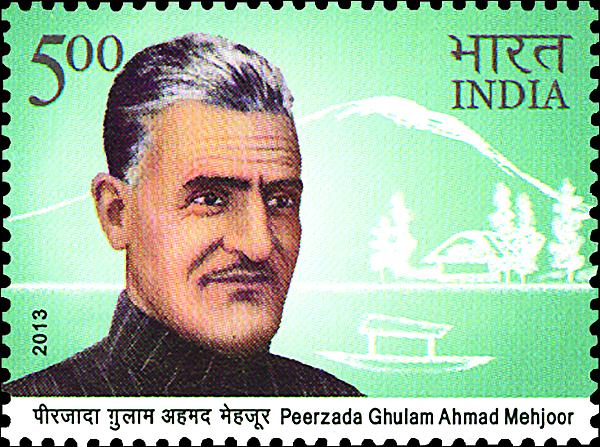 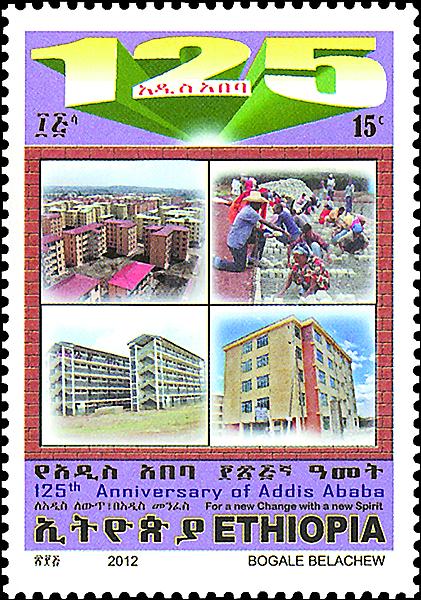 A stamp from Ethiopia commemorates the 125th anniversary of Addis Ababa, the capital.

Another year of new issues has been chronicled, and it is time to look at the costs to obtain the new issues created every year for all of the foreign stamp-issuing entities listed in the Scott catalogs.

The last review of new issues and their costs was published in the Dec. 16, 2013, Linn’s Stamp News, and the yearly charts for the years 2002-12 detailing the number of major listings, their face value and their catalog value at the time of listing were put online at that time.

We have updated these files, and added the chart for 2013. These can be found only on the Linn’s digital edition website at www.Linns.com/yearlycost.

The STAMP COUNT column in these charts notes the number of stamps issued by the country in the stated year. It is a count of major Scott listings only. Minor varieties are excluded. If such items were to be included in the base total for major numbers, the figures would increase dramatically for some countries. Because a Scott major number can identify a single stamp or a sheet of many different stamps, it can be difficult to compare the stamp outputs of two different countries.

The FACE VALUE column shows what a collector would pay for the stamps at a post office window in the country using that country’s currency. No shipping or handling fees, common with mail orders for these stamps, are included.

Explanations and limitations are found in the NOTES column. In this column, we track items that we did not assign catalog values to when listed, items that are not included in the totals, and items with undetermined issue dates. Boxes that are shaded have information that we believe is complete for the year. The totals shown include stamps listed as of Nov. 12, 2013, which comprise stamps that appear in the December 2014 New Listings Update.

When reviewing these lists, perhaps it is only human nature to focus on the big cost numbers and grouse about them. However, in the course of grousing about high costs, an appreciation for the smaller cost numbers gets lost in the shuffle.

Not every postal administration is hell-bent on raiding the collector’s wallet, and those organizations deserve a pat on the back for their efforts in keeping their philatelic output at a reasonable level.

For a number of years, plenty of collectors have told us they are closing their albums because a country’s new issues became unaffordable. But instead of abandoning the hobby altogether, it is easy to switch to a less expensive country to collect.

Ethiopia has had one of the most consistently affordable new-issues program run by any country. The initial yearly cost for Ethiopian stamps noted on the lists for 2003-13 doesn’t exceed $5 for any of those years, and a number of those inexpensive stamps from the earlier years now have higher catalog values. The costs for 2002 were a bit higher, but Ethiopia issued a definitive set that year.

The stamps reflect the country’s history, and only a handful of sets are issued each year. It’s a homegrown philatelic program that does not rely on outside agents to create a wide variety of topical stamps. Granted, some of these stamps may not be the most graphically appealing, but stamps that look slick usually cost more money. After all, Ethiopia is among the poorest countries in the world.

Ethiopia has plenty of collecting challenges if you want to venture into earlier issues. For a country that doesn’t have the largest of followings, the Ethiopian Philatelic Society is rather active. Menelik’s Journal, the society’s publication, has published some interesting articles over the years. The society’s website is home.comcast.net/~fbheiser/ethiopia5.htm.

If you want a bit more to collect every year, but still don’t want to fork out a lot of dough, there’s always India.

It’s another homegrown program producing lots of inexpensive stamps. Most of those stamps commemorate famous people from all walks of life in India, who, for the most part, are little known in the western world. Finding information about India’s stamp subjects beyond what is in the stamp releases can be entertaining, yet challenging.

Like Ethiopia, India may not have the most attractive new issues, but it has improved by producing more colorful stamps. It wasn’t that long ago that most of India’s stamps from any given year were monocolored productions using inks from a spectrum of colors that could best be described as dull.

And if you want to venture into older issues, India is a country with lots of interesting things to collect.

If you really want to collect something European and want to keep winning the budget battle, there are always the French and Spanish issues of Andorra. The face values are generally reasonable, and the stamps reflect the country’s not-well-known history. The stamps are printed by the same printers producing issues for France and Spain, but the Andorran postal officials have not permitted their stamp program to become bloated like those of their neighbors.

The Czech Republic and Slovakia also deserve kudos. These neighboring countries still create beautiful high-quality stamps like the ones produced before the countries received their divorce from each other in 1993. The stamps also are still printed in the same facility.

Many of their stamps combine bright lithographic colors and skillful engraving, a feature of stamp production that sadly in recent years has largely been relegated to the dustbin of philatelic history.

Collectors regularly can get items like the Czech Republic 2009 Krivoklat UNESCO Biosphere Reservation sheet (Scott 3426) and the Slovakia Flowers of the Low Tatras National Park sheet (646) that pop off the album page.

That the Czechs and Slovaks produce such beautiful items and create philatelic programs that are inexpensive when compared to the costs of collecting most other European countries makes you wonder why more countries can’t do the same.

When I was a kid starting to collect stamps, there were a few specific things that appealed to me about the hobby. I collected United States singles and plate blocks, and especially liked the bold colors and sharp details of the engraved issues from the 1960s and 1970s. My personal favorite was the 1969 6¢ Apollo 8 stamp (Scott 1371).

Stamps were also an interesting way for me to learn about history. Not long after I started collecting, my high school American history teacher, Mr. Collins, gave me an assignment to create a bulletin board on an American history topic. I used stamps as the illustrations for the story I told and received an A+ for the assignment.

I probably would not have this job if I hadn’t had Mr. Collins as a teacher. He liked trivia, and kept the class laughing. His caring and compassion hit just the right chord with me at a difficult time in my life, and he ignited my interest in history like nobody else had. Yes, good teachers do make a difference.

That I could take my newspaper route earnings and fill up many pages in my Minuteman album also appealed to me. I never really looked at my cheap collection as some sort of speculative investment from which I would handsomely profit from sometime late in life. For sure, that never happened, because I still have a lot of 8¢ and 10¢ postage to use up.

I might have done better financially if I had spent all the money that I put into inexpensive stamps on a nice White Plains sheet (Scott 630), but I probably wouldn’t have learned as much.

While my interest in stamps grew to provide me with a long career in this hobby, I didn’t start collecting thinking that was what would occur.

I suspect that a lot of other collectors were attracted to this fine hobby for similar reasons.

I’m sure a lot of collectors believe that aspects that once attracted them have been lost in the recent past, and that if countries just went back to those basic concepts in their stamp programs, things would improve in this hobby. I’m not sure that it’s quite that simple, because the world has changed a great deal in the past 50 years. Nonetheless, I do want to remain optimistic.

There still is a good bit of history to be learned by collecting stamps from whatever country you are collecting. You still can get some pretty nifty pieces of philatelic art, and you can still do it on a tight budget.

That said, we would like to hear from you, the collector, exactly what it was about stamp collecting that initially drew you into the hobby, and what maintained your interest.

I suspect that there may be common threads in such narratives, and that these threads might provide information that the powers that be in this hobby ought to be examining. Typical marketing surveys seeking to mine information from their customers tend not to ask respondents to answer an essay question, especially one like this.

We seldom share or examine such stories with others, perhaps because they are so personal. Whenever we walk into a room with fellow collectors, we know that philately is a common bond, but we don’t always know the path they traveled to get there.

I work with other philatelic editors, and I must say that these are the kind of stories that we really haven’t shared in any great depth or detail. Perhaps it is time to record a history of this hobby from the perspectives of the people who have caught the philatelic bug. There is, after all, always something fascinating about veterans recounting old war stories.

I must give credit to Steve Zirinsky, one of the many dealers who offer their advice and assistance to us, who put a similar request for collectors to share stories on his online newsletter. His idea certainly is worthy of being put before a larger audience.

You can send your stories to me at mfrankevicz@scottonline.com, or by mail to Scott Publishing Co., Box 828, Sidney, OH 45365-0828. We’ll share them with our readers. If you don’t want your story shared, just let us know, and we will keep it private.