Questions about the new postmaster general 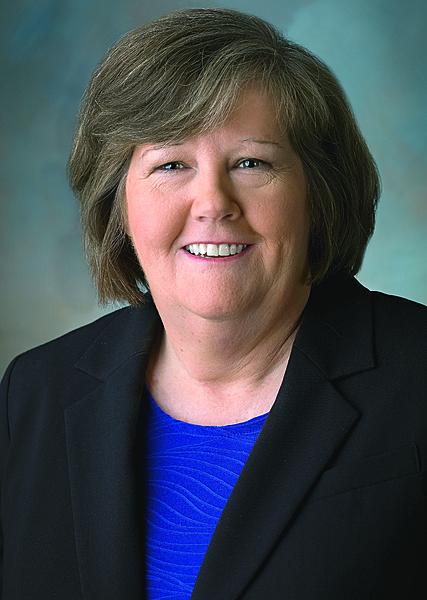 Megan Brennan will become the next postmaster general Feb. 1, 2015.

One of the United States Postal Service’s strongest allies in the Senate is concerned about how the federal agency selected its postmaster general-designate.

Sen. Tom Carper, D-Del., has voiced concern that Megan Brennan may have been selected by the USPS board of governors without the “robust and thorough search” he believes the job of chief postal executive requires.

He also suggested that as few as four governors may have selected Brennan to succeed Patrick Donahoe, because five of the nine presidentially selected governors’ positions are vacant.

Only presidentially nominated governors are allowed to vote on the selections of postmasters general.

Asked about Carper’s criticisms, David Partenheimer, a USPS spokesman, confirmed that the vote to select Brennan was unanimous: 4 to 0.

He also said that Carper was informed of the selection shortly before the news was given to the public Nov. 14.

Carper’s criticisms are important because he has stood by the agency, pressing for legislation that seems to be much more favorable to postal management than measures that have been before the House.

He strongly praised Donahoe, calling him “a strong leader” who “isn’t afraid to make tough, but necessary, decisions in the most challenging of situations.”

But Carper was not as kind to Brennan.

“At a time when the future of the Postal Service is unclear, largely because of Congress’ inability to agree on a comprehensive reform bill, it’s important that the Board of Governors has the best person it can find to take the helm,” he said.

“I am eager to learn more about the board’s process to find a new postmaster general and hope that it conducted a robust and thorough search before appointing Ms. Brennan,” he said.

Elsewhere on Capitol Hill, the reaction tended to focus on the departing postmaster general.

House Oversight Chairman Darrell Issa, R-Calif., said he hoped “the next PMG will have the opportunity to continue to fight for postal reform with an environment that is more receptive to commonsense solutions that benefit all Americans and less beholden to the special interests that stymied Pat’s efforts to secure the future of USPS.”

The American Postal Workers Union, which had called for Donahoe’s ouster, called his resignation “welcome news.”

“We hope that, in addition to a new name, this change also involves a vision for the future that will enable the Postal Service to continue to adapt and to serve Americans and their businesses,” said NALC President Frederic Rolando.

“I think he had a really disastrous tenure any way your look at it,” he said.

Come January, Carper will no longer be in charge of the Senate Homeland Security and Government Affairs Committee, which handles postal legislation.

When the Republicans take control of the Senate, Sen. Ron Johnson, R-Wis., is going to take charge of the panel.

His initial idea for the future of the Postal Service was to put it in bankruptcy court. Let the courts — not Congress — resolve the agency’s deep financial troubles, he has said.

More recently, Johnson has said he would be willing to consider other ideas, but he has been nowhere as receptive to postal management’s ideas as has Carper.

Carper is hoping there is some way he can convince lawmakers in the lame-duck session to take up his bipartisan bill to give financial relief to the U.S. Postal Service.

While the odds of that happening are slim, it is no time for Brennan to have to face the Senate without Carper’s support.

On the House side, she will have to deal with Rep. Jason Chaffetz, R-Utah, who has shown some sympathy toward the agency’s problems. He will chair the House Oversight Committee, replacing Issa who spent more time pursuing claims against the Obama White House than resolving the Postal Service’s financial crisis.

When she takes office Feb. 1, Brennan will become the fourth successive postmaster general to come to the top office with a background in postal operations.

William Henderson, John Potter and Donahoe all moved into the postmaster general’s chair after having served in positions that placed them over the agency’s mail-processing plants.

An earlier article in the Dec. 1 issue of Linn’s incorrectly said Brennan would be the third successive postmaster general to have come from operations.