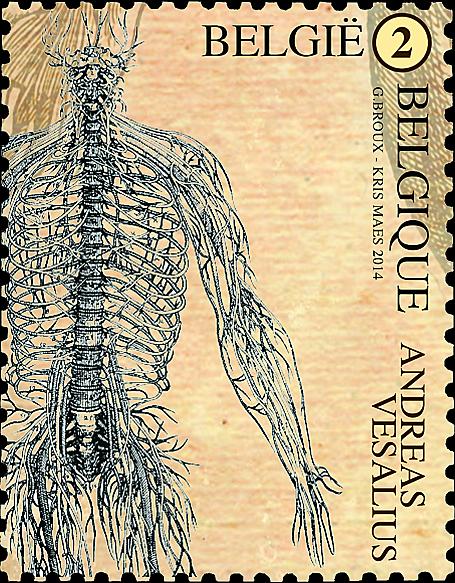 One of five stamps from Belgium commemorating the 500th birth anniversary of Andreas Vesalius. The stamps are part of a joint issue with Portugal. 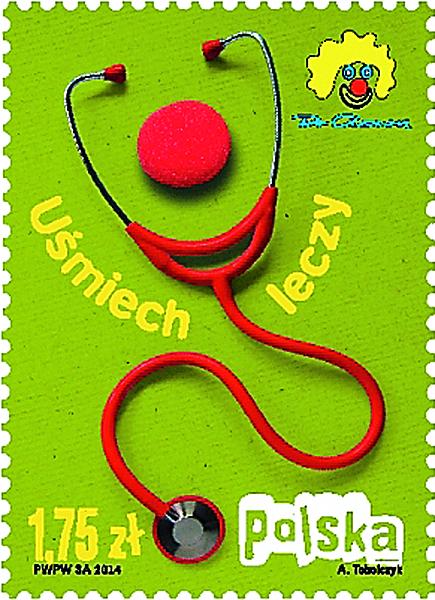 This Polish stamp shows a stethoscope with a clown nose and includes the emblem of the Dr. Clown Foundation. 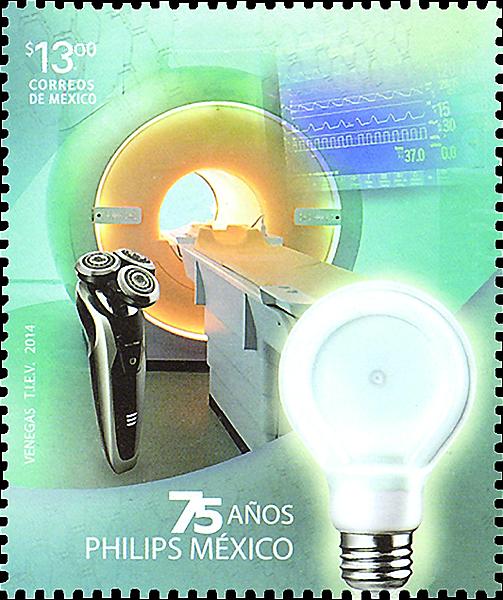 A large medical imaging scanner is pictured on this 13-peso stamp marking the 75th anniversary of Philips in Mexico. 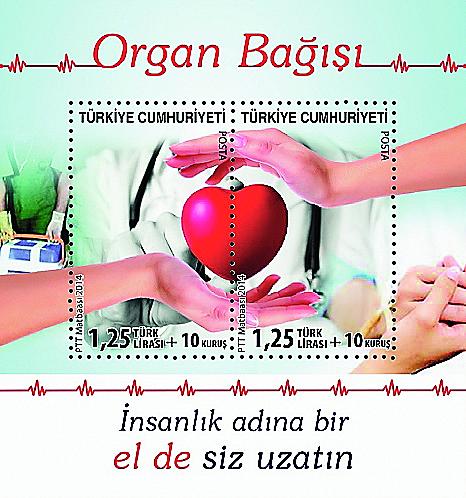 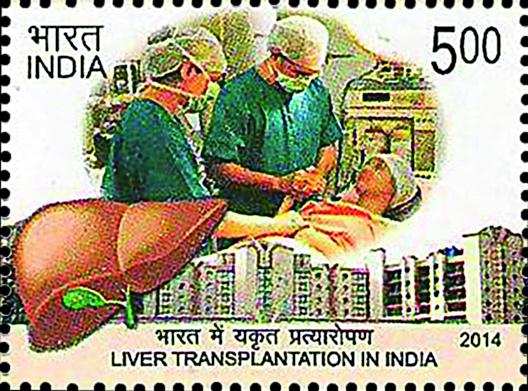 India issued a stamp Nov. 4 commemorating liver transplant surgery. The first such surgery in India was performed in 1998. 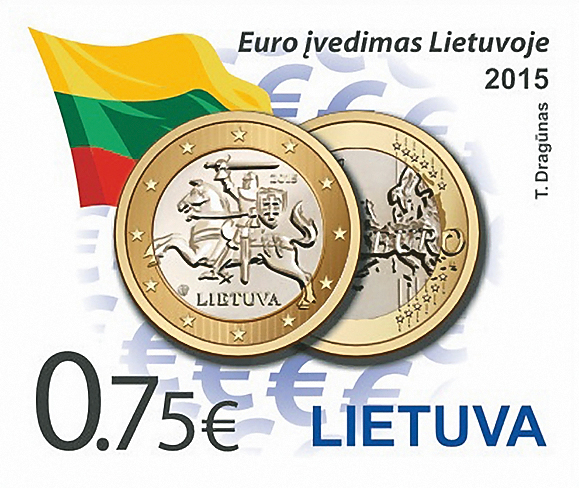 A Lithuanian stamp honors the 50th anniversary of the first open heart surgery performed in Vilnius in October 1964.

The Lithuanian stamp commemorates the 50th anniversary of the first open heart surgery performed in Lithuania on Oct. 15, 1964, at Vilnius University Hospital.

The website of Vilnius University provides details about the surgery: “On 14 October a 14-year-old Lithuanian girl underwent open heart surgery. She was operated [on] by professor A. Marcinkevicus, assisted by J. Mesalkinas. Other well-known Lithuanian surgeons such as V. Sirvydis, V. Triponis, A. Baublys and many other prominent doctors performed the surgery.

The stamp is denominated in two currencies, Lithuania’s litas and euros. This dual denomination, 2.80 litas and €0.81, is inscribed in the upper right.

Lithuania is scheduled to adopt the euro as its currency Jan. 1, 2015.

Tomas Dragunas designed the stamp. It pictures a surgeon in an operating room and a heart.

The recipient, Sanjay Kandasamy, was 18 months old at the time. He attended the first-day ceremony for the new stamp.

Nenu Gupta designed the stamp, which shows a patient, two people on the operating team, hospital buildings and a liver.

Hyderabad Security Press printed the stamp by offset in a quantity of 600,000.

On Nov. 3, Turkey issued a souvenir sheet commemorating organ donation. The sheet contains a se-tenant (side-by-side) pair of 1.25-liras+10-kurus semipostal stamps forming a continuous design of hands with a symbolic heart in the center.

Electrocardiogram lines are shown in the selvage above and below the stamps. A scene of medical workers carrying an organ donation box is pictured on the left.

A diagnostic medical imaging machine, either a CT (computed tomography), or MRI (magnetic resonance imaging) scanner, is pictured on a Mexican stamp issued Oct. 22. The 13-peso stamp marks the 75th anniversary of Philips in Mexico.

Founded in 1891 in the Netherlands by Gerard Philips and his father Frederick, today Philips employs more than 100,000 people in 100 countries.

The Mexican division of Philips was established in 1939.

Philips describes itself as a “technology company, focused on improving people’s lives through meaningful innovation in the areas of health care, consumer lifestyle and lighting.”

In addition to the scanner, the stamp shows other products produced by Philips, including a light bulb and an electric razor.

At a ceremony for the stamp in Mexico City, Henk de Jong, CEO of Philips Latin America, said, “For Philips, Mexico is a country with great opportunities for growth, in which the company is currently leading in the fields of medical technology, sustainable lighting and welfare, which puts us on the right path towards sustained growth and help improve the quality of life of people.”

“Usmiech leczy,” Polish for smiling heals, is shown around the stethoscope.

The clown face emblem of the Dr. Clown Foundation appears in the upper right of the design. This charity uses laughter, humor and doctors dressed like clowns to bring joy and smiles to children staying in hospitals.

The Polish Security Printing Works, PWPW, printed the commemorative by gravure in sheets of 12. The quantity of stamps printed was 200,000.

Earlier this year, Belgium and Portugal participated in a joint issue celebrating the 500th birth anniversary of Andreas Vesalius, who is considered the father of modern human anatomy.

Born Dec. 31, 1514, in Belgium, he later was court physician of King Philip II of Spain and Portugal. He died Oct. 15, 1564, after being shipwrecked off Zakynthos in the Ionian Sea.

His seven-volume De Humani Corporis Fabrica (The Fabric of the Human Body) was published in 1543. This book features illustrations by students of the artist Titian.

The souvenir sheets issued by Portugal April 21 and Belgium April 22 each contain five stamps with engraved designs based on these illustrations.