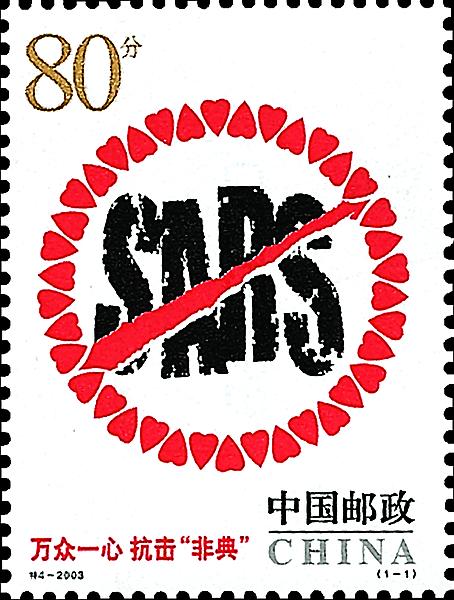 Mint panes of 20 of the 2003 80-fen Campaign to Combat Epidemic of Severe Acute Respiratory Syndrome stamp (Scott 3275) are selling for less than $300. 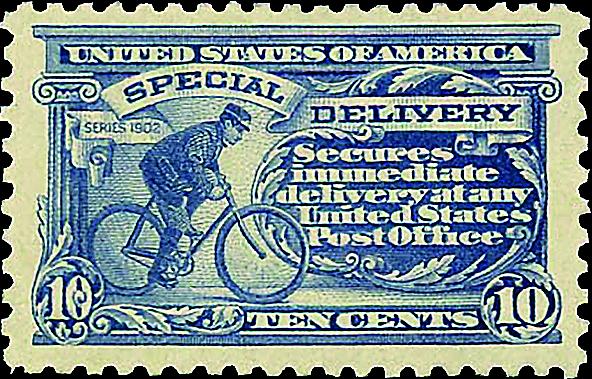 Special delivery service began Oct. 1, 1885, and offered same-day delivery of any letter or article received at a participating post office. The service was discontinued in 1997.

A very fine example without flaws or damage, including short perforations, is worth the Scott catalog value in all three listed conditions. This is a difficult stamp to find in very fine grade without damage or flaws. It really was only in use for about six months in 1916-17.

It is worthwhile having unused hinged examples expertized, as the single-line USPS watermark can be extremely difficult to see and often can pass for unwatermarked. When buying an example that is mint never-hinged, an expert’s certificate is essential.

Beware of large-margined 1917 special delivery stamps perforated gauge 11 on unwatermarked paper (Scott E11) that have been reperforated gauge 10 on all four sides. They are normally the wrong shade of blue, either a darker color or a gray violet that doesn’t exist on the 1916 stamp. This fake is more common than you might expect.

China — Stamps of the People’s Republic of China still form one of the best stamp markets in the world, but prices are complicated and changing rapidly. While some sets and souvenirs sheets are selling for as little as 33 percent to 40 percent of 2015 Scott Standard Postage Stamp Catalogue values, many others sell for full catalog or more. In any given week, most fall somewhere in between.

A weak item is the 2003 80-fen Campaign to Combat Epidemic of Severe Acute Respiratory Syndrome stamp (Scott 3275). The Scott Standard catalog values a mint never-hinged single at $45, which works out to $900 for a mint pane of 20. The current market price for a mint pane is just under $300.

The Scott standard catalog mentions that counterfeits of this issue exist. We had never seen any, so we asked a noted China expert if he had. He said that there are no counterfeits, but what does exist is a different inexpensive SARS pane that was issued in a special folder, but the stamp design is different.