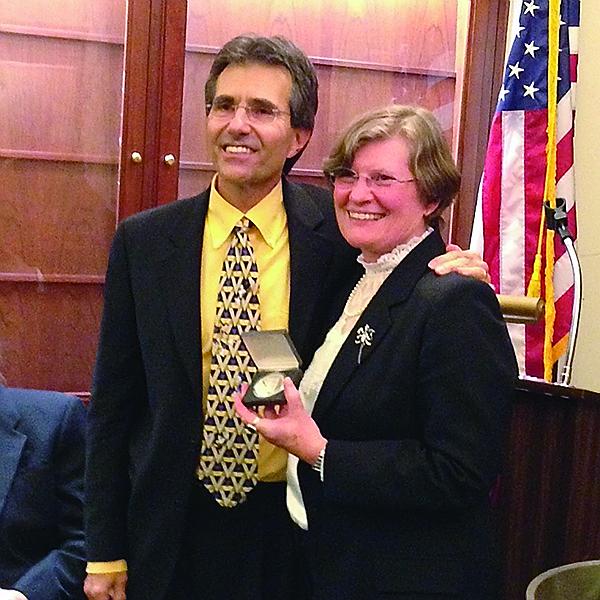 Cheryl Ganz was award the Neinken Medal for meritorious service to philately Oct. 23. Donald Sundman presented the medal to Ganz.

In presenting the award, Sund­man outlined Ganz’s many achievements, including her tenure as the chief curator of philately for the Smithsonian National Postal Museum.

While chairman of the National Postal Museum’s Council of Philatelists, Sundman worked with Ganz in successfully funding and building the William H. Gross Stamp Gallery.

Ganz retired at the end of February from her position as chief curator at the museum. In March, she was appointed to the United States Postal Service’s Citizens’ Stamp Advisory Committee.

She also has written seven books and is an expert on all things philatelic related to the Hindenburg passenger airship.

In addition, she thanked Richard John, who was in attendance, and whose writing has combined the study of postal and communications history.

The award is named in honor of Mortimer M. Neinken (1896–1984), a student of U.S. classic stamps and a chairman of the Philatelic Foundation.

Founded in 1945, the Philatelic Foundation, www.philatelicfoundation.org, is a nonprofit philatelic expertizing service.