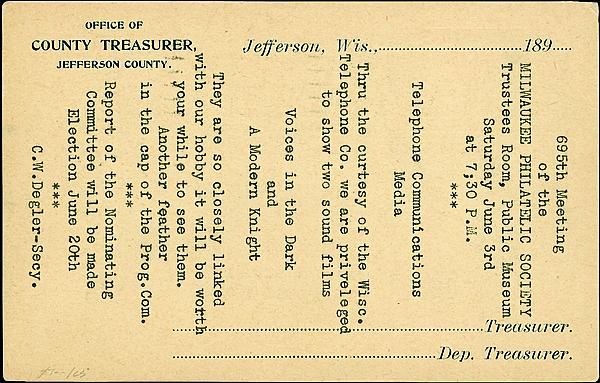 Before the computer revolutionized communications, stamp club meeting announcements were often sent by postal card. This example from 1939 highlights two movies scheduled to be shown at the next meeting of the Milwaukee Philatelic Society. 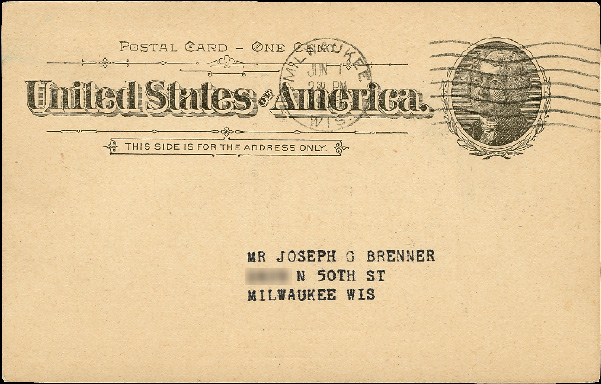 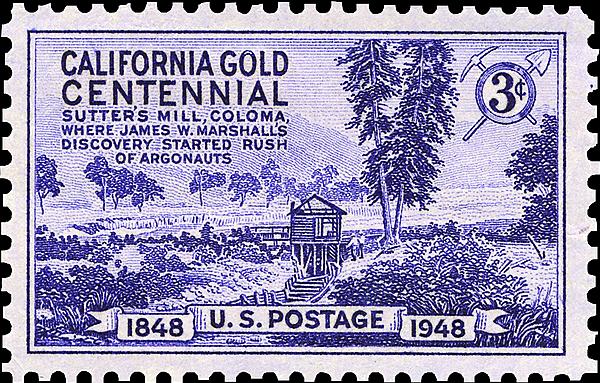 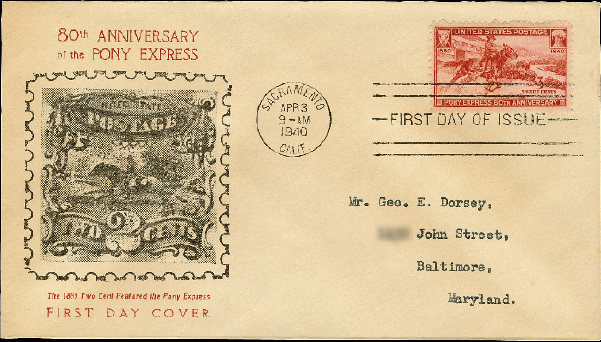 Issued in 1940, the 3¢ commemorative stamp for the 80th anniversary of the Pony Express had its first day at Sacramento, Calif.

Find a 1940 3¢ Pony Express commemorative stamp (Scott 894) used on a non-first-day cover from Sacramento, Calif., during the 1940s, and you likely have a rarity.

A small article in the March 6, 1948, issue of Stamps magazine tells the story.

“In 1940 when the Pony Express Stamp was issued, the Postmaster at Sacramento, Calif., had the bright idea of withholding from the Sacramento allotment a large portion of these stamps so that he could make them available to the public during the California Centennial Celebration during 1948, 1949, and 1950.

“Forty thousand of these stamps have reposed in the vaults of the Sacramento Post Office for that purpose. When the Gold Discovery Stamp was put on first day sale at Coloma, California, on January 24, 1948, Joseph J. Law­ler, Third Assistant PMG, came out on the coast and made his headquarters at Sacramento, Calif.

Presumably, they were destroyed.

In this day of the 34¢ rate, even postal cards are giving way to e-mail notifications.

But here is a 1939 example, printed on the back of an 1894 1¢ black Thomas Jefferson postal card (Scott UX12), that gives us an interesting window on those times.

The card is from the Milwaukee Philatelic Society, notifying the recipient of its 695th meeting, to take place Saturday, June 3.

As to the program, the card states, “Thru the courtesy of the Wisc. Telephone Co., we are privileged to show two sound films, Voices in the Dark and A Modern Knight.”

The card continues, “They are so closely linked with our hobby it will be worth your while to see them. Another feather in the cap of the Prog. Com.”

Rick Prelinger’s The Field Guide to Sponsored Films, published by the National Film Preservation Foundation, offers this description of the circa 1931 version of A Modern Knight: “Advertising drama involving the use of the telephone in tracking down the location of an abducted child. Reunited with her family, the girl is told that she was saved by ‘a modern knight in black armor’ — the telephone.”

I was not able to find any information about Voices in the Dark, but it would likely have a similar premise, based on the marketing of the telephone as an essential modern implement.

How either film is “so closely linked with our hobby” is not clear.

If any U.S. Notes reader has knowledge of these films, I would welcome details. Please contact me, John Hotchner, Box 1125, Falls Church, VA 22041; or e-mail jmhstamp@verizon.net.