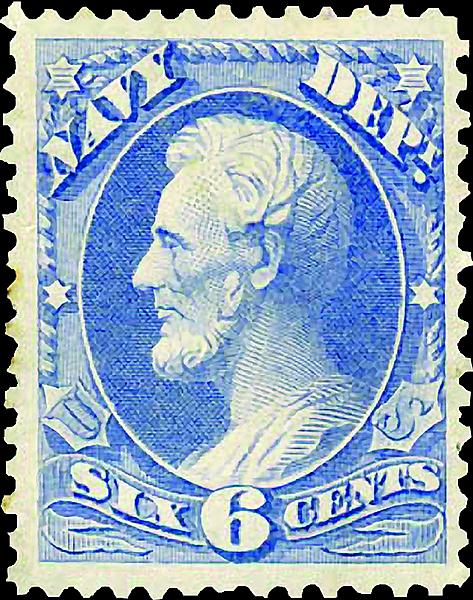 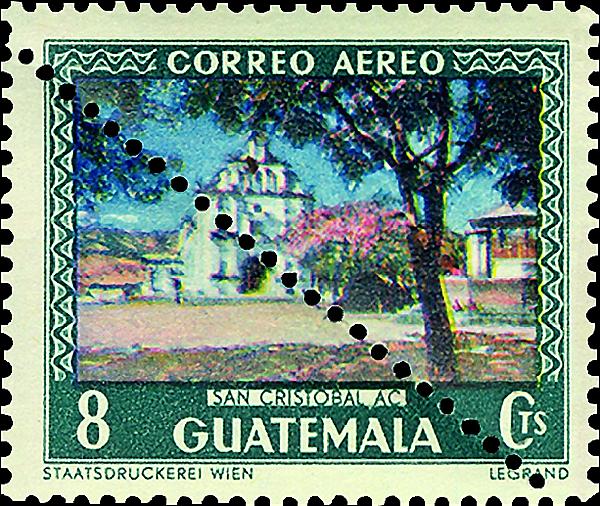 Unsevered pairs of Guatemala’s 1951 8¢ San Cristobal Church airmail stamp bisected diagonally for use as two 4¢ airmail stamps (Scott C181a) are a good buy in mint never-hinged condition at the 2015 Scott catalog value of $36.

Guatemala — Collector interest in Latin America has generally been on the upswing of late. One country that many collectors have overlooked is Guatemala.

Guatemala is one of the few countries that has issued more airmail stamps than regular postage stamps. The country’s stamp program has been fairly conservative, with about 2,000 stamps issued since 1871.

One of the more interesting issues is the 1951 8¢ San Cristobal Church airmail stamp bisected diagonally for use as two 4¢ airmail stamps (Scott C181). The original stamp is perforated gauge 14. The perforations diagonally across the center are gauge 12 or gauge 12½. The diagonal perforations often do not line up exactly across the center of the stamp, so usually one of the bisected stamps is slightly larger than the other. The Scott Standard Postage Stamp Catalogue warns that counterfeits of the diagonal perforations exist, and all that do not measure gauge 12 or 12½ are fakes.

Most of the demand for used stamps is for on-cover usage, either bisects or unsevered pairs. This is not a common or easily found stamp, but there aren’t that many people looking for it at the moment. We think the unsevered pair in mint never-hinged condition is a good buy at the Scott standard catalog value.

United States — Official stamps are stamps issued for use on mail from government departments or offices. They are not authorized for private use.

If you are working on the Official stamp section of your collection, now is a good time to look for the 6¢ Abraham Lincoln Navy Department Official stamp (Scott O38). Lincoln is a popular collecting topic, and this stamp has the same basic design as the classic 1870 regular mail issue.

The 2015 Scott Specialized Catalogue of United States Stamps and Covers values the 6¢ Abraham Lincoln Navy Department Official stamp in unused original gum condition at $150. A used example is valued at $25, and an unused stamp without gum is valued at $55. We think this stamp is a good buy at the Scott catalog values.

There are a lot of examples of this stamp out there with faults, flaws, damage or heavy cancellations that are offered at considerably less than Scott catalog value. Whether or not you choose to buy such a stamp is entirely up to you, but bear in mind that you are getting what you paid for.