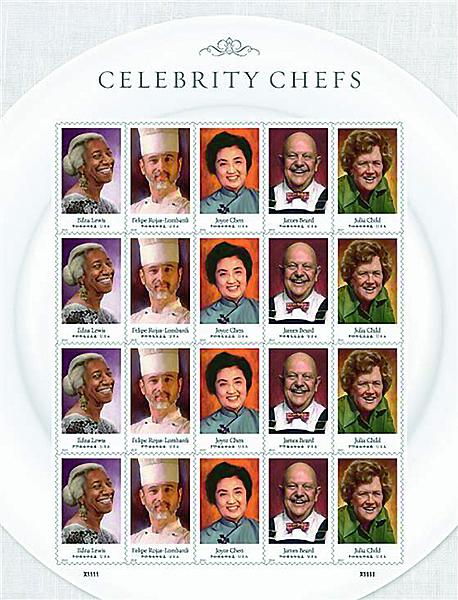 The selvage on the pane of 20 Celebrity Chefs forever stamps includes a photograph of a white plate set on a white linen tablecloth. 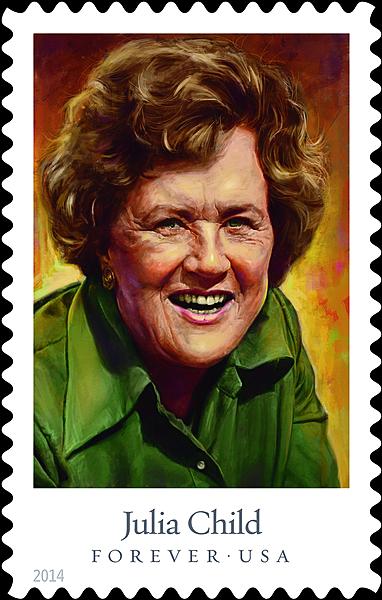 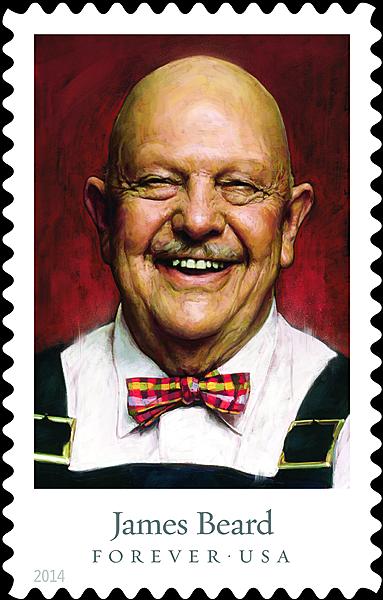 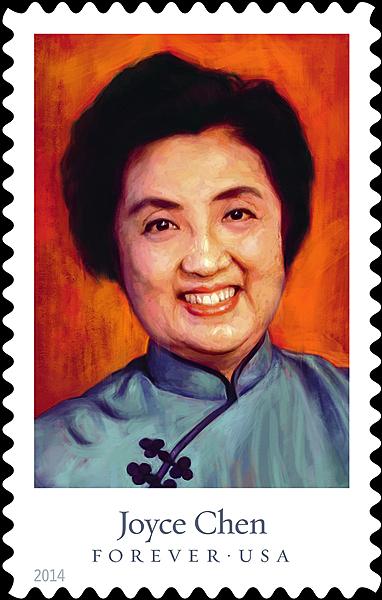 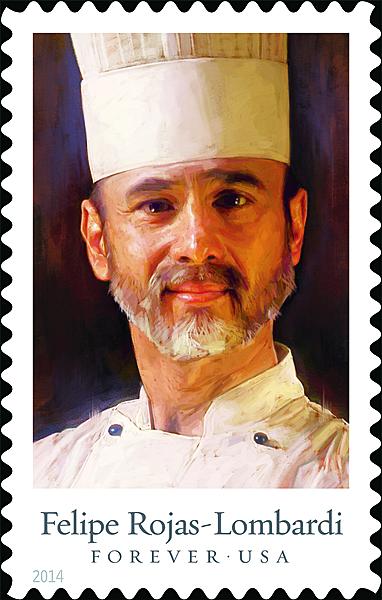 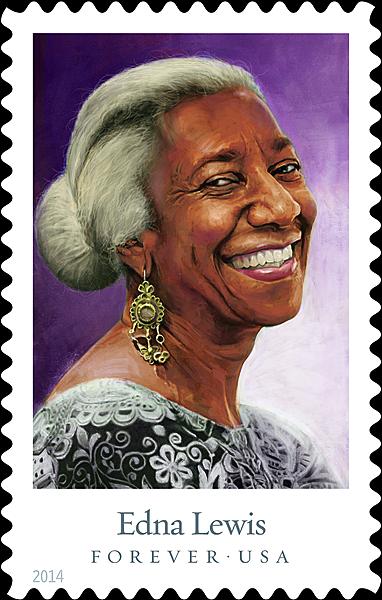 The first-day ceremony is scheduled for 11 a.m. at the Park Grill, 11 N. Michigan Ave, Chicago, Ill.

USPS spokesman Mark Saunders told Linn’s that the event is free and open to the public.

The five nondenominated (49¢) forever stamps will be issued in a pane of 20. The pane’s selvage shows a photograph of a large white plate set on a white linen tablecloth.

The stamp illustrations were created by artist Jason Seiler. Greg Breeding of the Postal Service served as art director.

The stamp subjects are described as follows by the Postal Service:

“Teacher and author James Beard (1903-1985) avidly fostered a more vibrant food culture in the United States. He was a passionate advocate of local ingredients and markets, and his popular books covered everything from seafood to bread.

“Through cookbooks, a trailblazing television show, and her landmark restaurants in the Boston area, Joyce Chen (1917-1994) became one of America’s greatest popularizers of Chinese food. She is also credited with introducing the flat-bottom wok to American kitchens.

“Julia Child (1912-2004) demystified French cuisine in the United States. Her extremely popular television shows and cookbooks made her synonymous with American cooking for more than 40 years, and she received the Presidential Medal of Freedom in 2003.

“By bringing such quintessential dishes as shrimp and grits and roast chicken to the plates of trendy restaurants, Edna Lewis (1916-2006) showed her fellow Americans the vitality of Southern cooking.

“Widely credited with introducing the Spanish small-plate tapas concept to American restaurants, Felipe Rojas-Lombardi (1946-1991) drew upon the eclectic kitchens of his youth in Peru to raise the profile of South American cuisine in the United States.”

The chefs honored on the stamps in the new set all achieved great fame in their careers, but Julia Child is almost certainly the most widely familiar of the five, in no small part due to her regular appearances on television — as the host of her own programs and as a guest on others.

After service as a volunteer researcher for the Office of Strategic Services during World War II, Child studied cooking in France and then formed a culinary school with fellow students.

The success of her 1961 cookbook Mastering the Art of French Cooking was followed by the debut of her television series The French Chef in 1962. She appeared regularly on television throughout the rest of the 20th century.

Press sheets, both with and without the die cuts that normally separate individual stamps, will be available in quantities of 1,000 and 1,500, respectively. The press sheets consist of nine panes of stamps and sell for face value at $88.20.

Technical details for the Celebrity Chefs stamps appear below. First-day cancel ordering information is in the box below. Collectors have 60 days to obtain the first-day cancel.

Standard ordering instructions apply. Collectors requesting first-day cancels are encouraged to purchase their own stamps and affix them to envelopes. The first-day cover envelopes should be addressed for return (a removable label may be used), and mailed in a larger envelope addressed to Celebrity Chefs Stamps, USPS Retail Specialist, 433 W. Harrison St., Chicago, IL 60699-9611.

Requests for first-day cancels must be postmarked by Nov. 26.

The Postal Service’s set of five uncacheted first-day covers for the Celebrity Chefs stamp is USPS item No. 472316 at $4.65.