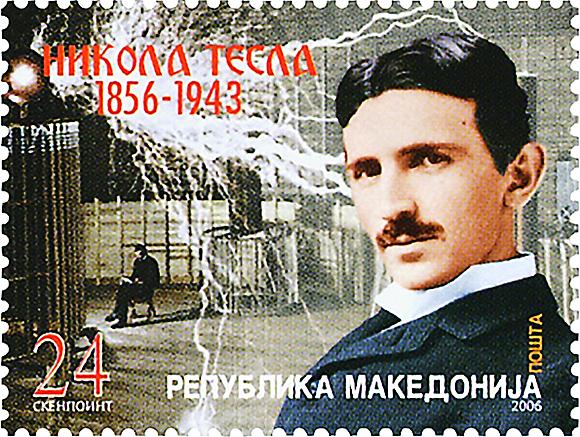 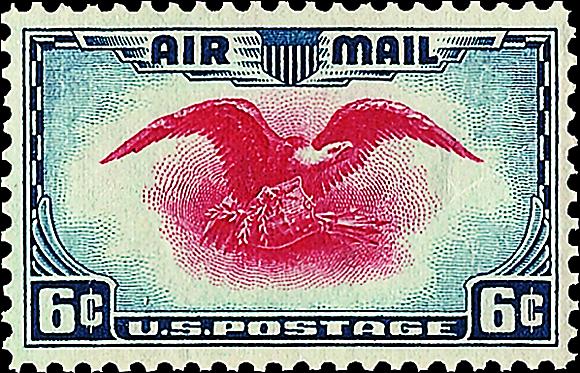 A never-hinged unfolded mint pane of the United States 6¢ Eagle Holding a Shield airmail stamp (Scott C23) is a good buy in the $60 range.

United States — On May 14, 1938, the U.S. Post Office Department issued a bicolor 6¢ Eagle Holding Shield airmail stamp (Scott C23). The stamp was printed using dark blue and carmine inks, and a minor listing in the catalog notes an ultramarine and carmine variety as Scott C23c.

This stamp is popular with collectors, including some who specialize in the issue. Many save it as a full pane, in plate blocks, and with specialized material related to the stamp issue and postal history.

The challenge is finding this stamp issue as a mint sheet in a never-hinged unfolded example.

The 2014 Scott Specialized Catalogue of United States Stamps and Covers values a plate block of 10 for $15 and 40 mint singles for 70¢ each, totaling about $43 for the pane of 50 stamps.

If you can find a fresh undamaged pane for $60 or less, it is a fair price to pay.

Avoid sheets with damaged selvage unless they are being sold inexpensively.

Macedonia — Macedonia, a republic in the Balkans, has had the bad fortune to be coveted by its neighbors. The homeland of Alexander the Great, it was a battleground for struggles between the Byzantine, Serbian and Bulgarian empires in the 12th to 15th centuries before being conquered by the Ottomans.

In the First and Second Balkan Wars and World War I, Greeks, Bulgarians and Serbs fought over it, while Macedonian nationalists waged guerilla war against all three countries.

With the breakup of Yugoslavia in 1991, Macedonia at last gained its independence. It has followed a moderate stamp-issuing policy, with about 800 issues since gaining independence.

Nikola Tesla was born to Serbian peasants in 1856 in what is today Croatia. He immigrated to the United States in 1884. He was an electrical engineer, mechanical engineer and a futurist. He was also something of a showman.

At different times, he worked for both Thomas Edison and George Westinghouse. He was a proponent of wireless electrical distribution by alternating current. He also experimented with X-rays, wireless communication and remote control by radio.

Because of his futurism, his often unorthodox ideas and his tendency for theatricality, he gained a reputation as a mad genius who was far ahead of his time. In recent years, he has become something of a cult figure.

On June 28, 2006, Macedonia issued a 24-denar Nikola Tesla stamp (Scott 373). This stamp is in demand by science and technology topical collectors.

The 2015 Scott Standard Postage Stamp Catalogue values the stamp in mint never-hinged condition at $1.50, and that is about what it is selling for.

However, the stamp was issued in panes of nine, and that is where most of the demand lies. The mint panes are selling for about $16. If you find one offered at that price, it would be a good buy. — H.G.