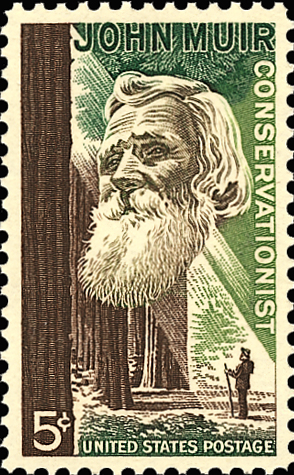 John Muir spent his life working for the conservation of American wilderness areas. He was born April 21, 1838.

The conservationist John Muir was born in Dunbar, East Lothian, Scotland, on April 21, 1838. When Muir was 11, the devoutly religious family moved to Wisconsin, where Muir would attend the University of Wisconsin-Madison, taking classes that would inform his later writings about the natural world.

Prior to the onset of the Civil War, he began traveling extensively throughout Canada and the United States, often by foot, working to support himself while learning more about the wilderness.

In 1868 he made his way to Yosemite Valley in California, and soon after began publishing articles and essays about the environment and the importance of preserving natural areas.

His writings were an inspiration to President Theodore Roosevelt, who created the U.S. Forest Service and sought the preservation of natural areas.

Muir explored the nation's vast unspoiled areas, forming the Sierra Club in 1892. He was instrumental in establishing the Yosemite and Sequoia national parks, and many other areas that have been preserved for generations to come.