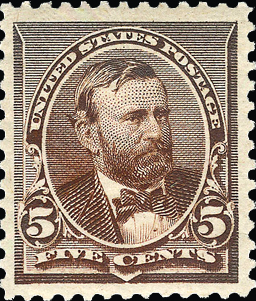 It is a rare instance when a United States president achieved even greater fame in another endeavor, but Ulysses S. Grant, who was born April 27, 1822, might be best known for leading the Union armies in the American Civil War.

The son of a tanner in Pleasant Point, Ohio, Grant attended West Point and fought under Gen. Zachary Taylor (later the 12th president of the United States) in the 1846-48 Mexican-American War.

At the start of the Civil War, Grant was assigned to head a group of volunteers, and within months was promoted to brigadier general. After several key battles, including the capture of Vicksburg, President Abraham Lincoln named him as the general-in-chief of the Union forces in 1864.

In April 1865, Gen. Robert E. Lee surrendered to Grant at Appomattox Court House, leading to the end of the four-year war.

Corruption within Grant's administration and an economic depression in his second term undermined his presidency, but his efforts to protect the rights of the country's black citizens and the American Indians have been praised by historians.

Grant died of throat cancer at age 63 on July 23, 1885, eight years after leaving office, and shortly after completing his successful memoir.

He has been honored on many U.S. stamps, both as president and as Civil War military leader. The first was the 5¢ brown in the 1890 American Bank Note series (Scott 223).